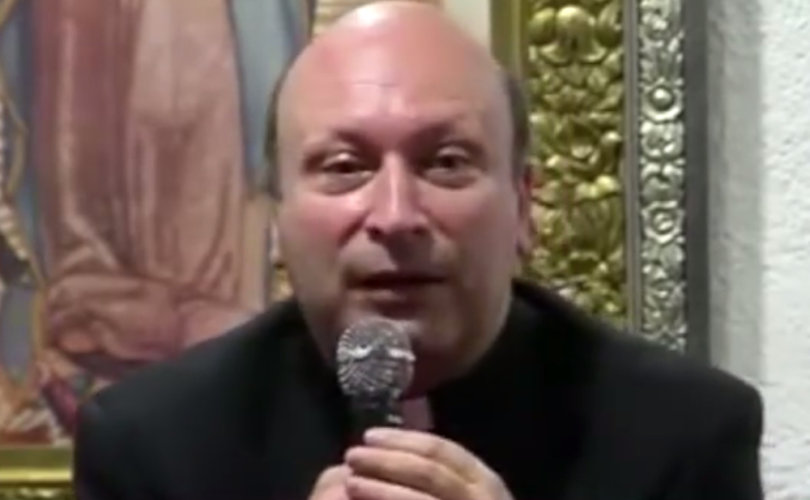 November 23, 2016 (LifeSiteNews) – After months of successful pro-family marches protesting an attempt to amend the constitution to create homosexual “marriage,” Pope Francis’ new apostolic nuncio to Mexico has come with a perplexing message for Mexicans: Don’t march, but rather enter into “dialog” over the gay agenda.

Archbishop Franco Coppola, a career diplomat with the Holy See who has served as nuncio to several African countries, arrived in Mexico on September 29. He soon began commenting on the struggle underway in the country over a proposed set of reforms by Mexican president Enrique Peña Nieto to amend the constitution to permit “gay marriage” and adoption and to impose homosexual sex-ed throughout the country’s schools.

In a press conference on November 8, Coppola was asked about an upcoming vote on the president’s proposals. The nuncio said nothing about the Catholic Church’s teachings condemning homosexual behavior and homosexual “marriage” legislation, but answered, “I don’t come here with the solution, because it wouldn’t be respectful of Mexico. My opinion is that Mexicans, instead of confronting each other, of making proclamations, or carrying out marches, have to sit down at a table and talk to each other to understand all of the implications that certain measures have.”

After noting that there are “many things” in the president’s proposed reforms, Coppola told the press, “There are some things that in my opinion can easily be accepted, and there are others upon which we must reflect in order to understand all of the implications.”

Asked by a reporter what parts of the president’s bill need further reflection, Coppola refused to elaborate. “I have to be in my place, and my place as nuncio is not to be a mediator,” he replied, adding that Mexico “is not a country that needs mediators,” but has a government that should “sit down at the table, listen to everyone, let everyone speak.”

Coppola told the press that the national debate over the gay agenda “has made clear that there are some people who do not feel appreciated, who feel that they don’t have all of the rights that they could enjoy.”

“So it’s necessary to see. It’s a magnificent occasion or opportunity to practice dialog, not to use rude language, insults, prejudices. That’s not useful for anything. It’s necessary to understand one another.”

As LifeSiteNews recently reported, several months of massive rallies and marches in favor of the rights of the family and children and against the redefinition of marriage and homosexual “adoption” have resulted in major victories for the pro-family cause. Those include an overwhelming defeat of President Peña Nieto’s party in state elections and the rejection of his homosexual “marriage” amendment by the country’s Chamber of Deputies  on November 9, including a majority of members from his own party. As a result, the president himself seems to have given up on the idea.

Coppola’s omission of the Catholic Church’s condemnations of the sin of sodomy and of homosexual “marriage” is in keeping with Pope Francis’ de-emphasis of Catholic moral teaching in favor of a vague “accompaniment” of sinners.

Although Francis has repeatedly affirmed the Catholic Church’s condemnation of gender ideology, his criticisms have been infrequent and muted, and have been offset by ambiguous statements that seem to deny or minimize the gravity of homosexual acts. The result has been rampant confusion in the press and among Catholics regarding the pope’s actual teaching.

The Holy See’s 2003 declaration condemning homosexual union legislation requires Catholics to oppose homosexual “marriage” laws and never to cooperate in their enactment: “In those situations where homosexual unions have been legally recognized or have been given the legal status and rights belonging to marriage, clear and emphatic opposition is a duty,” the document states. “One must refrain from any kind of formal cooperation in the enactment or application of such gravely unjust laws and, as far as possible, from material cooperation on the level of their application.”

According to the Catechism of the Catholic Church (CCC 2357-2359), homosexual acts constitute “grave depravity” and are “intrinsically disordered,” a doctrine that has been taught throughout the Church’s 2,000-year history. The Catechism also expresses compassion for those who suffer from the temptations associated with same-sex attraction and urges a life of chastity.