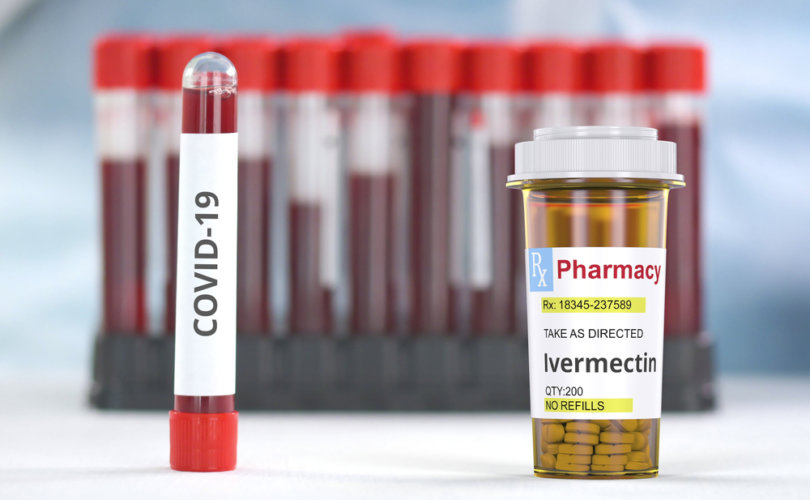 MEXICO CITY, May 26, 2021 (LifeSiteNews) — A city-wide initiative in Mexico’s bustling capital to prescribe ivermectin to COVID-19 positive patients has resulted in a 52–76 percent reduction in hospitalizations, according to research by the Mexican Digital Agency for Public Innovation (DAPI), Mexico’s Ministry of Health, and the Mexican Social Security Institute (IMSS).

Concerned about hospital capacity in the summer of 2020, the Mexican government devised an aggressive testing regime, ramping up from 3,000 tests per day in June to around 24,000 antigen tests every day by that November, according to TrialSiteNews. Mexico City Ministry of Health head Oliva López later announced that doctors will give ivermectin and azithromycin to treat COVID-19.

“The Ministry of Health has identified that there is enough evidence to use in people positive for SARS-CoV-2, even without symptoms, some drugs such as ivermectin and azithromycin,” López confirmed in a press conference.

Local authorities created a home-treatment-kit, including ivermectin, for its 22 million-strong population on December 28, 2020, following a spike in cases of COVID-19.

Individuals testing positive for COVID from an antigen test, and who were experiencing at least mild symptoms, began receiving one of the government’s ivermectin-based treatment kits from December 29.

As part of the program of testing and early treatment, the Mexican government opened a study to track the effect that early treatment of COVID with ivermectin was having on the city’s population. Run by the Mexico Ministry of Health, DAPI, and IMSS, a phone-based monitoring program traced the health of individuals testing positive for COVID with an antigen test. The study followed two cohorts — those who received ivermectin and those who did not — and included 200,000 people, TrialSiteNews revealed.

Using the data garnered from its phone-call-based monitoring system and hospital data on admissions for COVID-19, the researchers discovered a significant reduction in hospitalizations for the group administered ivermectin versus the group which was not, totaling between 52 percent and 76 percent effective at preventing hospitalization.

Dr. Juan J. Chamie-Quintero, a senior data analyst at private Colombian university EAFIT, followed the trends in hospitalizations and deaths in Mexico City before and after the government implemented its ivermectin treatment program.

Chamie-Quintero’s findings corroborated the Mexican government’s observations. The charts below, posted to Chamie-Quintero’s Twitter page, show COVID hospitalizations and deaths both peaking around the middle of January 2021, about two weeks after ivermectin started being distributed on December 29.

Since December 29 Mexico City started using ivermectin treatment in COVID-19 positive patients. Up to Jan 22 2020 they had delivered more than 50,000 treatments.

In the month following, over 50,000 treatments had been delivered, coinciding with a steep drop in the number of both hospitalizations and deaths involving COVID-19 in Mexico City.

In fact, before February 25, Chamie-Quintero noted that excess weekly deaths had dropped by a staggering 3,000 in the three weeks prior, and that by February 27, 2021, hospital occupancy had dramatically decreased, going from around 90 percent at the end of January to almost 50 percent just weeks later.

A 3,000 decrease in weekly excess deaths in just 3 weeks.

Hospital Occupancy is dropping too.
From ~90% to ~50% in few weeks (4). pic.twitter.com/RUgJCYFqmK

Mexico City’s success with ivermectin is a real-world instance of peer reviewed research into the remedial benefits of the drug against the SARS-CoV-2 virus.

A new study on the efficacy of ivermectin published in the American Journal of Therapeutics analyzed “18 randomized controlled treatment trials,” finding “significantly reduced risks of contracting COVID-19 with the regular use of ivermectin” as a prophylaxis. In addition, the researchers discovered that the drug elicited “large, statistically significant reductions in mortality, time to clinical recovery, and time to viral clearance” in COVID patients.

The study concluded that “the many examples of ivermectin distribution campaigns leading to rapid population-wide decreases in morbidity and mortality indicate that an oral agent effective in all phases of COVID-19 has been identified.”

Chamie-Quintero produced a study of his own, looking into the role of ivermectin in reducing the COVID-19 case fatality rate (CFR) in Peru, where the local government approved ivermectin as a treatment for the virus on May 8, 2020.

Ivermectin was used in COVID treatment very early during the coronavirus crisis — from May 2020 onwards — within eight states in Peru, soon being prescribed to patients across 24 of the country’s 25 states, excluding in the capital Lima. Though the city only held back on using ivermectin until four months after the rest of Peru, the interim period served as a kind of control measure for the purposes of Chamie-Quintero’s study.

For the 24 states which adopted early use of ivermectin treatment, excess deaths plummeted on average by 59 percent 30 days after the peak death rate was recorded and had dropped 75 percent after 45 days in those over 60 years old.

The following charts show the eight earliest states to adopt ivermectin treatment and the observed change in COVID-19 cases, as well as excess deaths in those over 60.

“In these eight Peruvian State analyses, ivermectin distributions preceded significant reductions in number of deaths and infection fatality rate,” Chamie-Quintero observed, prompting him to conclude: “Treatment with Ivermectin is the most reasonable explanation for the decrease in the death and fatality rate in Peru. Its implementation in public policy is a highly effective measure to reduce the mortality and lethality of COVID-19.”

Tens of thousands of lives could have been saved if research on COVID treatments hadn’t been suppressed, doctors and economists say