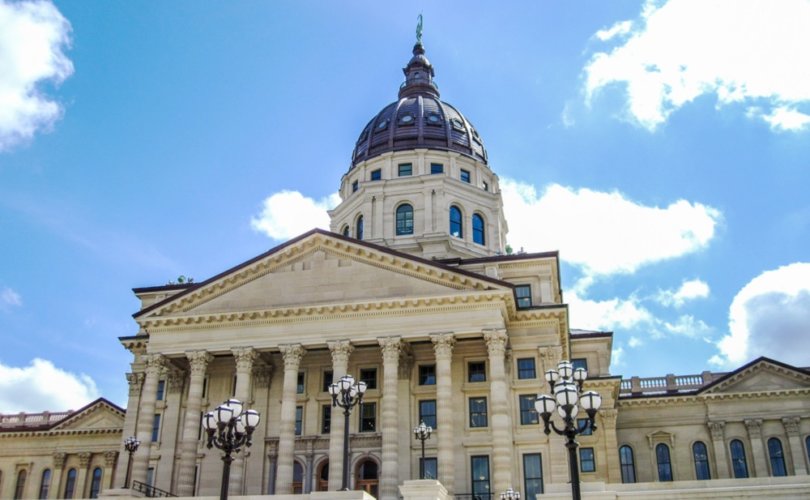 January 29, 2020 (Live Action News) — A Kansas constitutional amendment that would prevent unrestricted abortion in the state and make it possible for Kansas legislators to pass laws restricting abortion has advanced both House and Senate committees after strong testimony from pro-life supporters. Known in pro-life camps as the “Value Them Both Amendment,” the amendment has been in the works since a state Supreme Court ruling last year removed virtually all restrictions against abortion. According to KMBC News, the amendment is the top priority for the state’s GOP majority.

Pro-life supporters filled a Statehouse hearing room last Tuesday to offer testimony in support of the amendment at a joint House and Senate committee. Among the supporters were several women who themselves have had abortions. “To call abortion a right is to have an injustice to women. To date, I’ve met no one that brags about their choice,” a woman named Danette told the committee.

After hearing the testimony, committee members met Wednesday to vote on separate but similar iterations of the proposed amendment. According to the Associated Press, the measure cleared the House committee with a 15-6 show of hands after some deliberation, while it passed the Senate with a voice vote and little deliberation.

The amendment was born after an April 2019 Kansas Supreme Court ruling that created a “fundamental right” to abortion within the framework of the state’s constitution. Under this ruling, Kansans are no longer allowed to pass any laws restricting abortion. This means that things like parental-notification laws, partial-birth abortions, and taxpayer-funded abortions can’t be regulated by law.

Now that the amendment has passed both the House and Senate committees, it advances to the chambers, where the Associated Press reports that debates could begin as early as next week. If both chambers approve the amendment with a majority two-thirds vote, it will be on the ballot for Kansas voters to decide its fate as early as August.