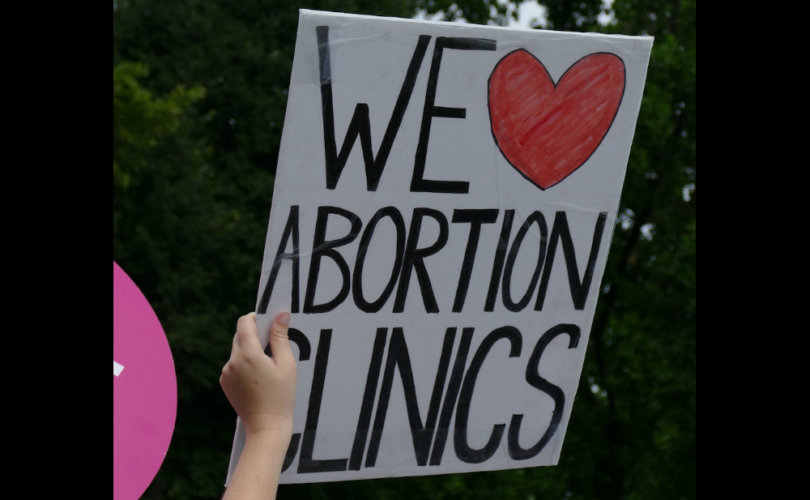 AUSTIN, Texas, June 29, 2016 (LifeSiteNews) — In the wake of Monday’s U.S. Supreme Court ruling reversing a Texas pro-life law requiring abortionists to have hospital admitting privileges and to meet strict health standards, a rush to reopen shuttered abortion facilities is not expected across the state.

After the Texas law was enacted in 2013, the number of abortion centers in Texas plummeted from 41 to 19 that are currently operating in the Lone Star state. If the Supreme Court had upheld the law and it had been fully implemented to include adherence to increased safety requirements, the number would have dwindled to 10.

The Fifth Circuit Court of Appeals upheld the Texas law, but the Supreme Court overruled that decision in a 5-3 vote on Monday.

Although abortionists will no longer required to have hospital admitting privileges within 30 miles of their offices or eventually comply with the health standards observed by ambulatory surgical centers, pro-life politicians and leaders expressed concern that the door remains open for more substandard care for women.

“Now abortion clinics are free to ignore these basic safety standards and continue practicing under substandard conditions,” Texas Lieutenant Governor Dan Patrick said after Monday’s news. “By its ruling, the court held that the ability of abortion clinics to remain open – even under substandard conditions – outweighs the state’s ability to put women’s health and safety first.”

“Having exploited all avenues in Texas to dismantle the constitutional and solidly-constructed Pro-Life Omnibus Bill of the 2013 Legislative Session, House Bill 2, abortion zealots ultimately appealed to the Supreme Court,” Seago said. “The sensible women’s health legislation of HB 2 was crafted to provide a crucial later of defense against the predatory and profit-driven antics of Big Abortion. The Court failed women and children. … Indeed, the only party which will benefit … is the abortion industry, which exploits every means available to leech profit from abortion clients.”

Joe Pojman, executive director of the Texas Alliance for Life based in Austin, told LifeSiteNews that while the outcome of the case was a disappointment for the pro-life movement, it’s difficult to say with certainty how the abortion business will be impacted within the state’s borders and beyond.

While abortion supporters are reveling in what they perceive as a huge victory, Pojman said claims that abortion centers closed because of HB2 are “greatly overblown.” In fact, he pointed out that since 2013 at least 10 facilities went out of business for reasons ranging from elderly abortionists retiring, loss of state funding, lack of qualified nurses, and “circuit rider” doctors performing abortions from city to city who lacked hospital admitting privileges.

“It would have had a far bigger effect if the abortion centers were required to meet the safety standards of ambulatory surgery centers, and they should have all along,” Pojman told LifeSiteNews. “We think it is just incredible that the Supreme Court would prevent the state of Texas or any state to require that abortion be performed in a sterile operating room.”

Abortion clinic operators, including Planned Parenthood and Whole Women’s Health, expect to reopen some of its former facilities, but not as many as before the Texas law went into effect and not in the immediate future.  They cautioned that it will take time for new leases to be negotiated and to rehire staff. But abortion providers are nonetheless emboldened by the Court’s judgment.

The only Texas cities in which abortion clinics currently operate are Austin, San Antonio, Dallas, Fort Worth, Houston, and McAllen.

“Clinics don’t reopen overnight,” said Amy Hagstrom Miller, CEO and founder of Whole Woman’s Health, which operates four abortion centers in the state and was the lead plaintiff in the case. “We have a daunting task in front of us, determining whether and how we can reopen health centers.”

“It will take a while to rebuild the care infrastructure that used to be serving people across the state.”

ACLU Legal and Policy Director Rebecca Robertson said at a press conference that “this law was litigated for three years, and in that time, we saw a lot of damage. Some of those clinics are likely not coming back. It sometimes takes years to rebuild access that we had before.”

Pojman noted that Whole Women’s Health has been cited for basic safety violations at its facilities. Incredibly, inspectors found surgical instruments not properly sterilized and, in some instances, untrained staff unable to operate a sterilization machine.

“This is the lead plaintiff that is claiming that we can trust them to perform safe abortion,” Pojman told LifeSiteNews. “That’s just absolutely remarkable.”

Texas’ Roman Catholic bishops expressed concern with the ruling “that puts women at grave risk” and promised to continue its efforts to defend life.

“It is irresponsible for physicians to perform this procedure without being able to provide follow-up treatment for the associated complications,” the Texas Catholic Conference said in a statement. “This ruling allows abortion doctors to continue to provide abortion in Texas without providing the needed safety provisions at clinics or follow-up care in hospitals. The Catholic Church in Texas, in communion with millions of Catholics across America and the world, will continue its efforts to protect life and human dignity from conception to natural death.”

Pojman believes any centers that reopen likely will be in major metropolitan areas where there is already access to abortion. Smaller clinics would only take away business from large providers.

“The reality is we still have an enormous amount of work to do because abortion is still readily available in Texas,” Pojman told LifeSiteNews. “That’s because there are enormous abortion facilities mostly run by Planned Parenthood.”

He added, “We’re not going to go away. It is going to make us stronger. In the short term, a lot of women are going to continue to be trapped by abortion, in addition to the loss of the unborn child. That’s the sad thing in the short term.”