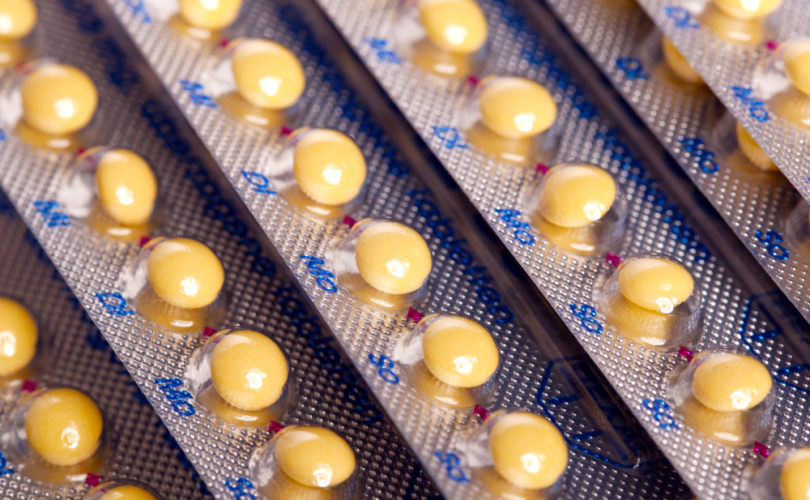 But today, Holland has fought her way back from the brink of death to compete in the Miss Galaxy pageant, despite permanent and debilitating injuries caused by the stroke.

In 2013, at just 17 years old, Holland collapsed on the side of the road while walking home from school after becoming ill during dance class.  When her father went looking for her, he found her lying in the bushes and brought her home, where she spent two days in bed suffering progressively worse symptoms until she was finally rushed to the hospital.  There, doctors determined she had suffered a stroke brought on by a massive blood clot in her brain – something they attributed to her use of oral contraceptives, as she had no other risk factors.

As a result of the stroke, Holland became partially blind, and must take daily blood thinners to prevent new blood clots from forming.

Since the stroke, Holland’s eyesight has continued to deteriorate, but she hasn’t stopped it from following her dreams. Now 19 and in college, she will compete next month at the Miss Galaxy competition in England.  If she wins, she will go on to compete with other contestants from around the world at the international pageant in Orlando, Florida.

“Losing sight in your eye is very scary – but I'm ready to compete and win the competition,” Holland told the UK’s Daily Mail. “It would be amazing for me if I did. It would be a dream come true.”

Holland said that while recovering from her stroke, she focused her energy on volunteer work.  She credits her volunteerism for putting her back on the pageant circuit.

“[Pageanting] has given me a lot of confidence to move on with my life and live every moment to the fullest,” Holland said.  She said she hoped the Miss Galaxy pageant will help her to “forget and move on.”

“It would be great to win it,” Holland said.  “I want to show other women out there that no matter what life throws at you, it can be overcome.”

Holland joins the ranks of a frightening number of young women and girls who have had their lives irrevocably changed or even brought to a premature end by the use of hormonal contraceptives.

While strokes are very unusual in young people, birth control pills are notorious for causing dangerous blood clots that can lead to strokes and other life-threatening complications – especially Yasmin and its sister drug Yaz, which are heavily marketed to teens not just as contraceptives, but as treatments for PMS and acne.

The U.S. Food and Drug Administration launched an investigation into the safety of both drugs in 2011 after more than 7,000 women and girls sued their manufacturer, Bayer, saying the drug company lied about the risks associated with the pills. Its side effects include stroke, cardiac arrest, blood clots, and gallbladder problems.

One wrongful death lawsuit involved an 18-year-old New Jersey college student who died of cardiac arrest after taking Yaz for acne treatment. A blood clot had lodged in her lungs, resulting in her sudden death on her way to classes.

Another British teen suffered seven heart attacks and hundreds of clots last year after just one month of using a different contraceptive, Microgynon (also manufactured by Bayer). “I was admitted to the resuscitation ward at the hospital by which time I had suffered seven near-fatal cardiac arrests,” said the victim, Alyce Clark, who was 19 at the time. “I was bleeding through my nose and mouth, and blood was escaping through my IV drips. My parents were invited in to say goodbye and no one so much as mentioned a chance of survival.”

Emergency injections of an anti-coagulatory drug and two days in intensive care ultimately saved Clark’s life, but the damage to her lungs caused by the clots brought her promising career as a show jumper to a premature end.

According to the French National Agency for the Safety of Drugs and Health Products (ANSM), contraceptive pills cause an average of 2,529 cases of dangerous blood clots every year.