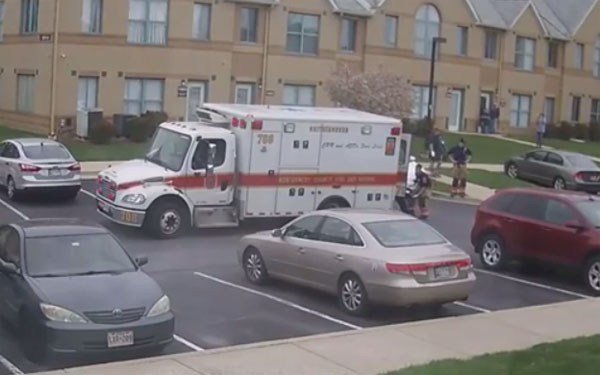 April 5, 2016 (OperationRescue) – The Maryland Coalition for Life is reporting that yet another patient of late-term abortionist LeRoy Carhart was transported to the hospital today around 12:40 pm.

Operation Rescue has confirmed that a 911 call was placed from GRHS at approximately 12:30 p.m. Two units were dispatched for a patient who was hemorrhaging.

Security camera footage released today shows that a fire unit and an ambulance responded to the call. Patients are seen leaving the facility just after the units arrived.

Local pro-life activists told Operation Rescue that the patient transported was a “Sunday” patient, meaning that she was a late-term abortion patient who was most likely over 27 weeks of pregnancy.

“The frighteningly increasing frequency of emergency transports at Carhart’s abortion facility are indications that Carhart is no longer competent. The Maryland Board of Physicians must halt abortions there until they can evaluate Carhart’s competency – and they need to act fast before more women are maimed or killed by this maniac,” said Operation Rescue President Troy Newman.

Read about the March 30, 2016, incident with a listing of additional Carhart-related emergencies.