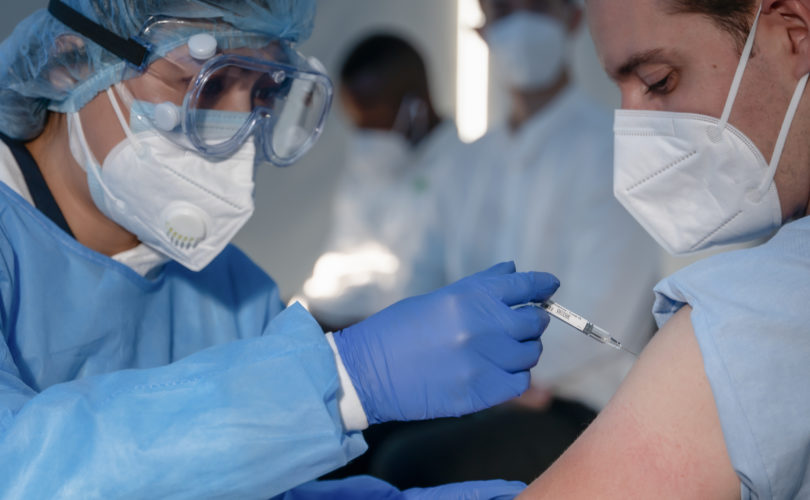 WESTMINSTER, United Kingdom, March 24, 2021 (LifeSiteNews) — In an unprecedented move, the U.K. government is planning to make coronavirus injections compulsory for care home staff and other health care workers, according to leaked Cabinet documents.

The news was reported by The Telegraph, a favorite of conservative ministers and members of parliament to provide their “leaks.”

The newspaper revealed on March 22 that Prime Minister Boris Johnson had been working in conjunction with Health Secretary Matt Hancock in drawing up the plans.

Details from a paper submitted to the COVID-19 Operations Cabinet subcommittee just last week, entitled “Vaccination as a condition of deployment in adult social care and health settings,” showed that the two politicians “have requested the change in law,” adding that the minsters felt “compelled to act” given what was described as “low take-up” of the injections.

The situation was described by the Joint Committee on Vaccination and Immunisation (JCVI) as “a problem.”

However, the pertinent line from the leaked paper reads: “The Prime Minister and the Secretary of State (Mr Hancock) have discussed on several occasions the progress that is being made to vaccinate social care workers against Covid-19 and have agreed – in order to reach a position of much greater safety for care recipients – to put in place legislation to require vaccinations among the workforce.”

While there is still speculation as what such a law could look like, it is clear that the Prime Minister has broken yet another promise. In November 2020, Johnson categorically ruled out mandatory vaccinations: “There will be no compulsory vaccination,” he said then. “That’s not the way we do things in this country.”

According to the paper, the proposed safety figure of 80 percent of staff and 90 percent of residents injected, as drawn up by the Scientific Advisory Group for Emergencies, has been widely missed across the country. Only half of care homes have met the target in areas with the widest distribution.

Should the newly proposed change in law occur, the JCVI’s “problem” would be solved, as the current number of more than 1.5 million workers in adult social care would be faced with a policy of “no jab, no job.” Other front-line health care workers could also face a similar situation, according to the paper.

Yet the paper itself has recognized the issues with the plan: “The most significant risk of a policy to require vaccination among the workforce is the potential impact on workforce numbers should social care workers choose to leave their roles in large numbers rather than be vaccinated.”

Given the already high number of staff resolved, or at least unwilling, to have the injection, the government may be faced with a new crisis —  shortage of social care staff — should the draconian plan come into effect.

A host of legal and ethical challenges are also set to be raised, as experts have described the idea as being comparable only with a law in the 1800s, requiring newborns to have a smallpox vaccine.

The paper itself warned of a “large” exodus of care home staff, as well as mentioning that successful human rights lawsuits could be issued.

Such a warning is well grounded. Only weeks ago, the Council of Europe, which oversees the European Court of Human Rights, ruled that forced vaccinations, and repercussions against those who did not have the injection, would be a violation of human rights.

Section 7.3.1 reads: “ensure that citizens are informed that the vaccination is NOT mandatory and that no one is politically, socially, or otherwise pressured to get themselves vaccinated, if they do not wish to do so themselves.”

In addition, the ruling orders that “no one is discriminated against for not having been vaccinated, due to possible health risks or not wanting to be vaccinated.”

The Johnson government could avoid multiple human rights-based lawsuits by not passing such a law and instead allowing it to effectively come into force by letting employers enact such a policy and have it go unchallenged. It is this procedure that the government looks set to permit, allowing individual businesses to enforce such a policy with regard to vaccine passports, assuming the government’s own plans for such passports do not come to fruition.

The news appears to be the fulfilment of a longtime goal for Matt Hancock, who in May 2020 refused to rule out mandatory vaccination, avoiding the question by saying it was “not one that we’ve addressed yet.”

Meanwhile, reception of the proposed law has sparked outrage in certain quarters. One solicitor warned that it “could be subject to subject to successful legal challenge under the Human Rights Act,” and further noting that current legislation would need to be overturned in bring in mandatory injections.

Former Health Secretary Lord Landsey called the plans “excessive,” and Heritage Party leader and 2021 London mayoral candidate David Kurten wrote, “Requiring care home workers to be injected with experimental mRNA to go to work is medical fascism, and against the Nuremberg Code. This should not be happening in this country or anywhere, ever.”

Current government guidance to care staff about the injections, claims that “(t)he vaccine has been shown to be effective and no safety concerns were seen in studies of more than 20,000 people.”

However, the rollout of the injections is in fact leading to a number of considerable health concerns as well as deaths. On March 11, the British government released the latest updates to the nation’s “Yellow Card” system, the U.K. equivalent to America’s Vaccine Adverse Event Reporting System (VAERS) on potential side effects arising from the Pfizer/BioNTech and the Oxford/AstraZeneca injections.