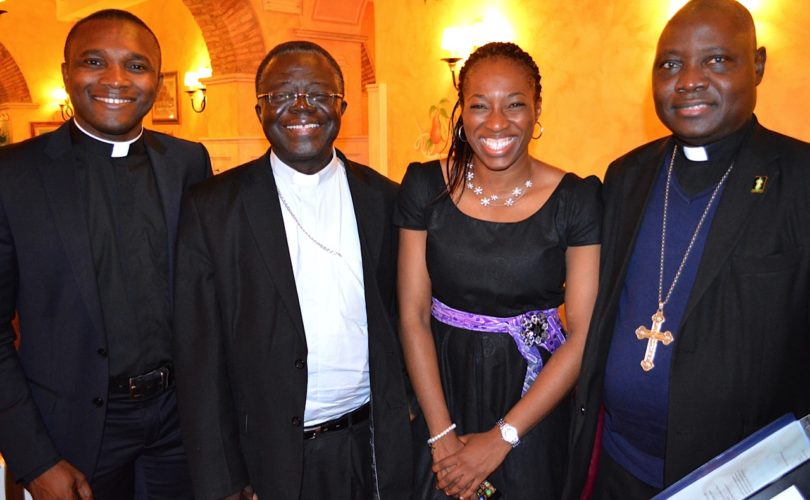 August 21, 2015 (Voice of the Family) — The Catholic News Agency is reporting today that a Catholic agency in Switzerland, with close links to the Bishops’ Conference of Switzerland, are funding LGBT activists who wish to undermine the work of African Catholic bishops.

Voice of the Family has also drawn attention recently to the concerted attempts by western agencies and governments to impose contraception, abortion and the homosexual agenda on African nations. We have similarly reported on the disturbing collaboration between Vatican departments and the leading architects of the population control movement.

CNA reports that the “Swiss Catholic Lenten Fund and a major U.S. foundation have helped fund an LGBT activist project intended to counter West African bishops at the Catholic Church’s Synod on the Family.”

The organisation in question, the Netherlands-based European Forum of LGBT Christian Groups, said:

“Reacting to the extremely negative influence from bishops from Western Africa on the final document of the Family Synod 14, we found it important to bring the voices of LGBT Catholics from this region to broader attention.”

The organisation has interviewed “self-identified LGBT Catholics” from across west Africa. Romana Buchel of  the Swiss Catholic Lenten Fund (Fastenopfer) said that the interviews “will be used for written works of sensibilization (sic) regarding the second Synod of the Family.”

The European Forum’s activities report states that the project was funded by the Swiss Catholic Lenten Fund and the Arcus Foundation, an American organisation, which says the CNA, “has given hundreds of thousands of dollars to LGBT activist groups to target the synod.”

The CNA report reveals the links between the Swiss Catholic Lenten Fund and the Bishops Conference of Switzerland:

“Bishop Felix Gmur of Basel, Switzerland is president of the Lenten fund’s foundation council, which oversees the NGO’s directors group. Two of the nine members of the foundation council are named by the Conference of Swiss Bishops, with the rest being named by a separate body.

“Michael Brinkschroeder, who until this year was co-president of the European Forum of LGBT Catholic Groups, said that Fastenopfer’s support was in the form of a small project grant. He told CNA Aug. 10 that the grant was under 15,000 Swiss Francs (about $15,300) and was approved by the fund’s executive director. The grant did not have to be approved by the foundation council or its president, Bishop Gmur.”

Bishop Gmur was one of the three Swiss bishops who reportedly attended a “Shadow Council” held at the Jesuit’s Gregorian University and organised by the French, German and Swiss bishops. The meeting brought together dissenting theologians from across Europe who seek to undermine Catholic doctrine on marriage, the family and human sexuality.

The hostility of many “progressives” towards the African Church was brought dramatically to the public’s attention by the dismissive remarks made by Cardinal Kasper in an interview with journalists during the Extraordinary Synod. Kasper said that the African bishops were not listened to by other bishops and “they should not tell us too much what we have to do.”

The African bishops have shown themselves to be determined defenders of Catholic moral teaching. At a meeting of the Symposium of Episcopal Conferences of Africa and Madagascar the cardinals and bishops present resolved that at the synod the African Church would give “a clear affirmation of family and marriage values ​​according to the Word of God and the doctrine of the Church.”

Ten African cardinals and bishops will soon be launching a book entitled Christ’s New Homeland – Africa, which is intended to be a contribution towards the synodal debates. His Eminence John Cardinal Onaiyekan, Archbishop of Abuja,  is one of eleven cardinals who have contributed to Eleven Cardinals Speak on Marriage and the Family: Essays from a Pastoral Viewpoint, which will explore the pastoral problems associated with the proposal to admit the “divorced and remarried” to Holy Communion without amendment of life. Developments such as these suggest that “progressive” prelates, such as Cardinal Kasper, will find it increasingly difficult to silence the voices of the African bishops at the Ordinary Synod.