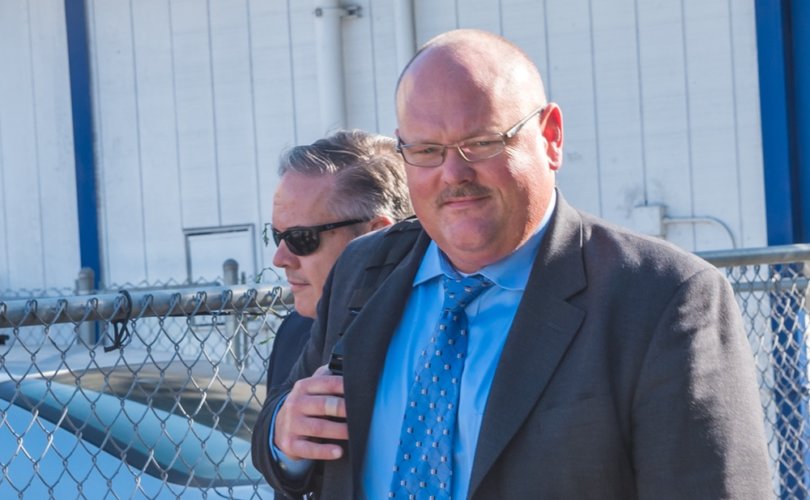 Cardwell said in his first day of testimony on Tuesday in a San Francisco courtroom that the letter was from Obama Attorney General Loretta Lynch to California Attorney General Kamala Harris asking for an investigation into the pro-life journalists from the Center for Medical Progress whose undercover sting operation exposed Planned Parenthood’s baby body part trafficking.

He referred to the letter when deputy Attorney General Johnette Jauron asked him about the genesis of the investigation that led to Daleiden and Merritt being charged with 15 felony counts of illegal taping.

When Daleiden’s lawyer, Brent Ferreira, cross-examined Cardwell about the letter from Lynch to Harris, Cardwell said he saw it in January.

But on Thursday, Jauron asked Cardwell just before he left the stand about the “letter to Attorney General Harris” he mentioned on Tuesday.

Cardwell said the letter was from four congresspeople asking for an investigation into Daleiden and Merritt and it was sent to both Lynch and Harris.

He could be referring to the letter from Reps. Jan Schakowsky, D-Ill.; Zoe Lofgren, D-Calif.; Jerry Nadler, D-N.Y.; and Yvette Clarke, D-N.Y., that was sent to Lynch and Harris in July 2015.

Cardwell told Jauron the first time he saw this letter was in January.

Ferreira then asked Cardwell if the letter he referred in his first day of testimony was “not from Attorney General Lynch to Kamala Harris,” and the DOJ agent said it was not.

Ferreira told LifeSiteNews Tuesday that the defense lawyers had not received a copy of a letter from Lynch to Harris, so he thought Cardwell must have “been mistaken.”

The attorney general’s office would have been obliged to disclose such a letter to the defense, said Peter Breen of the Thomas More Society and lawyer for Daleiden.

When they heard Cardwell give “testimony under oath in court” on Tuesday about a letter from Lynch to Harris, “we were sitting here going where’s this document?” Breen told LifeSiteNews.

“They testified to it but they had not provided one to us.”

The Center for Medical Progress called the matter concerning the letter a “red herring.”

The reality? The pro-abortion Congressmember/Lynch/Harris letter was probably always a red herring. The emails produced by @AGBecerra in discovery show this baseless case was special-ordered by @PPFA from @KamalaHarris from Day 1.

Cardwell’s change in testimony “doesn’t in any way diminish the fact that this is a political prosecution and everyone knows it,” Breen added.