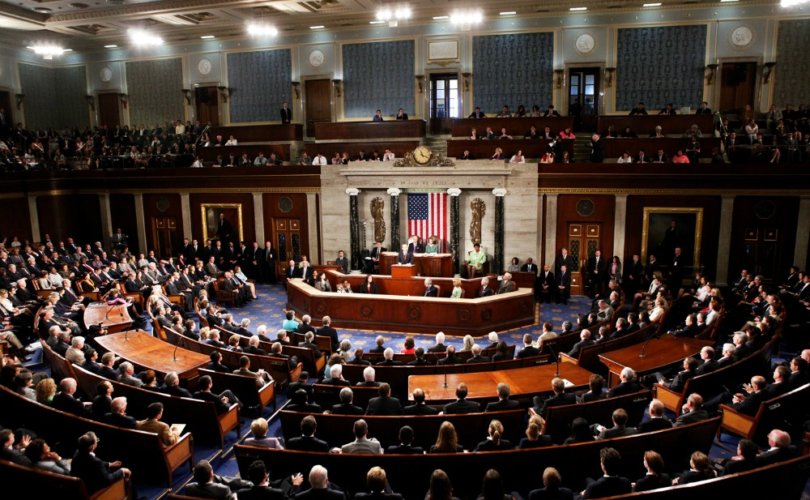 Conservative and some moderate Republicans opposed the bill. The former said it was too much like Obamacare and didn't repeal enough of it. Democrats railed against it on the House floor today.

The vote was originally supposed to be Thursday, Obamacare's seventh anniversary. It was delayed as conservative Republicans said it didn't go far enough and it was unclear if it had the votes to pass.

“This bill gets worse by the hour,” Planned Parenthood President Cecile Richards told supporters in a panicked email last night. The ACHA would prevent Planned Parenthood from receiving government reimbursements from Medicaid. The money would be redirected to non-abortion federally qualified community health centers.

“President Trump delivered an ultimatum to House Republicans on Thursday night: Vote to approve the measure to overhaul the nation’s health-care system on the House floor Friday, or reject it and the president will move on to his other legislative priorities,” the Washington Post reported.

The irony is that the Freedom Caucus, which is very pro-life and against Planned Parenthood, allows P.P. to continue if they stop this plan!

Pro-life groups were initially hesitant to fully support the ACHA over concerns that the healthcare tax credits it provides people could be used to fund abortion.

But, it went through many revisions that provided pro-lifers with more reassurance.

The House Rules Committee approved the insertion of an amendment into the bill today preventing the Healthcare Savings Accounts the plan sets up from funding abortion. Previously, the bill gave people tax credits to use for healthcare costs. If they didn't spend all of the money, it would be rolled over into a Healthcare Savings Account. In order to prevent this money from being used to fund abortions, it would no longer be possible to roll this money over.

The ACHA will be “the largest step yet” in rescuing people from the damage done by Obamacare, Rep. Diane Black, R-TN, said at the beginning of the heated floor debate over the bill. She said Obamacare is “imploding” and it must be replaced “with patient-centered healthcare.”

Rep. Jerry McNerney, D-CA, mentioned Planned Parenthood during his speech opposing the bill, suggesting women would be “deprived” of healthcare if it passes.

Democrats' “number one goal all along…was to go to a single-payer system,” said Rep. Kristi Noem, R-SD. “They wanted government-run healthcare and we’re on track” toward that today. “They hate this bill because it puts people back in control of their own healthcare.”

The House went into recess around 3:30 p.m. after it appeared Republicans couldn't rally enough support for the bill.

A Washington Post reporter tweeted that President Trump told him the bill had been pulled. ABC also reported that Trump told Speaker Ryan to pull the bill.

President Trump just called me. Still on phone.
“We just pulled it,” he tells me.