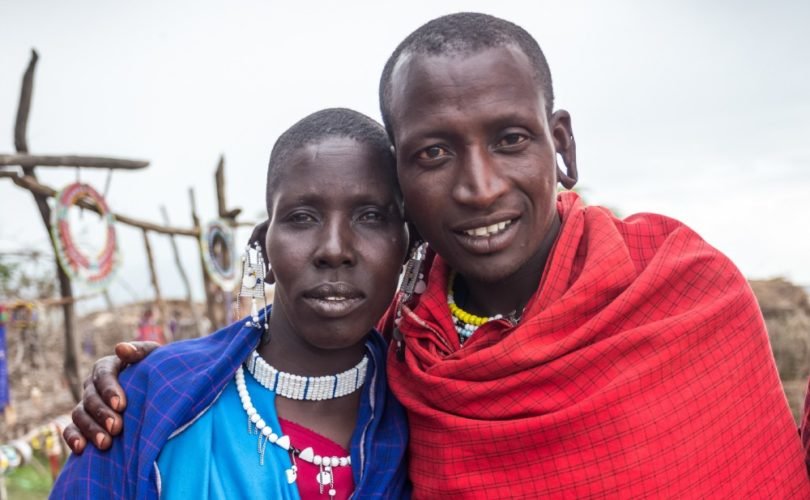 The Harvard researcher who said Pope Benedict was right—condoms won’t stop AIDS—returns to the fray.

After that, both “frustrated” and “burnt out,”–so he told LifeSiteNews—by his decade-long fight against the condom fallacy, Green took himself out of the international spotlight. Until last month, that is.

That’s when he told National Review readers that the world AIDS-fighting strategies involving drug treatments, testing, and condoms are ineffective to the point of being counter-productive, that is—they may be making things worse.

Ostensibly his piece is a rebuttal of an August 25 New York Times article by Donald McNeil titled “AIDS Progress in South Africa is in Peril.” But Green’s essay, written with Allison Ruark and titled “AIDS in South Africa,” is actually a broad indictment of world anti-AIDS strategies.

McNeil’s thesis is that the withdrawal of U.S. government funds for antiretroviral drugs (ARV) will reverse recent success in fighting AIDS in South Africa. That thesis is incorrect on both counts, argue Green and Ruark. The loss of funds won’t halt “progress,” because there hasn’t been any progress, and, anyway, drugs haven’t reduced infection rates as hoped.

Based on South African government numbers released in 2013, they write, “There has been virtually no change in HIV incidence among adults,” and certainly nothing like the one third decrease claimed by McNeil, in years when ARV became readily available.”

Green and Ruark rule out condoms as having any effect in South Africa because their use rose and fell through the 1990s with no effect on infection rates.

So why has AIDS continued to newly infect 1.7 per cent of the adults in South Africa each year while the infection rate in the rest of Africa declines? And what—this has long been Dr. Green’s preoccupation—did Uganda do that was so successful in reducing AIDS in the 1990s only to see these gains reduced in the new Millennium?

Behavior modification, he maintains. And it could work just as well in South Africa but isn’t being tried.  Dr. Green stated in his book Broken Promises that millions of lives could have been saved by concerted duplication of the Uganda program.

In fact, the Uganda approach has been working at an informal, grassroots level across most of Africa with little support from the international AIDS establishment, which is instead directing considerable dollars and euros to three wrong-headed approaches: risk reduction with condoms, testing, and drug treatment.

What worked in Uganda was a behavior modification campaign that emphasised delaying sexual activity till marriage, and practising fidelity (called “zero grazing”) in marriage. This, Green told LifeSiteNews, addresses the key role played by multiple sex partnering in the spread of AIDS worldwide. The Uganda program also relied heavily on community organizations, especially the Anglican and Catholic churches, who reached the people through pulpits, schools, and hospitals. “Africans are very religious,” Dr. Green said. “It’s just foolish to ignore that.”

Equally significant was what wasn’t in the program: condoms and their underlying message that you can carry on your former sexual practices as long as you use them.

Uganda reduced its AIDS prevalence from 15 percent of adults to five percent while both men and women reduced their number of sex partners by even greater factors.

But foreign aid providers insisted Uganda shift its emphasis to condoms, testing, and drugs and eventually, Green laments, it did, which is why, in his view, AIDS infection rates began to rise again.

Why hasn’t the AIDS establishment’s stress on condoms reduced AIDS? Because, Green told LifeSiteNews, “they are one of the least effective ways to prevent pregnancy or STDs.” They have a 25-percent failure rate, perhaps because of inconsistent application by the user and product failure (they slip, leak, break, are the wrong size, etc.) Also, the supply of condoms is only sporadically replenished in Africa, with the result that risky (non-monogamous) sexual behavior is encouraged by condom propaganda, but not rendered safe.

Drugs also encourage riskiness by removing the fear of death, not least because those with AIDS no longer look like they are dying, and cannot serve as walking reminders of AIDS’s impact.

Why do Western governments and AIDS agencies persist in pushing ineffective measures while ignoring effective ones? “Ideology and financial self-interest,” Dr. Green told LifeSiteNews. The purchase of drugs and condoms for Africa enrich their manufacturers and employ many experts in the field of “risk reduction.” These are “consultants, social marketers, project team leaders, those who do voluntary testing & counseling, clinicians that get people on ARV drugs, pharmaceutical detail men,” Green said. “Think of the whole family planning industry.” They are a potent force that discourages funders from supporting programs that change behavior to fidelity and chastity.

The belief that condoms enable their users to carry on sexual activity at a pre-AIDS rate flows from the ideology of the Sexual Revolution, according to Green. It is coupled with the conviction that the sexual drive is unstoppable and efforts to contain it, for example by the moralizing of churches and Muslim mosques, is ineffective and psychologically harmful.

None of which is science-based, he says. Even though international agencies and developed world governments continue to flood Africa with condoms, what is actually reducing AIDS infection rates in most of the continent is the growing grassroots realization, motivated by common sense and fear and reinforced by moral teachings from mosques and churches, that safety lies in having fewer sexual partners.

Green is so convinced that religious reinforcement is crucial to fighting AIDS that he is back in Uganda promoting an ecumenical effort, involving Anglicans, Catholics, and Muslims, to reduce AIDS. His critics in the AIDS establishment “roll their eyes and say I sound like a holy roller,” he told LifeSiteNews. “They say I’ve got religion. But we are the ones are being scientific. They are in the grips of ideology.”

The need to reemphasize behavior change for HIV prevention in Uganda: a qualitative study, by Edward C. Green et al., the Population Council , 2013.