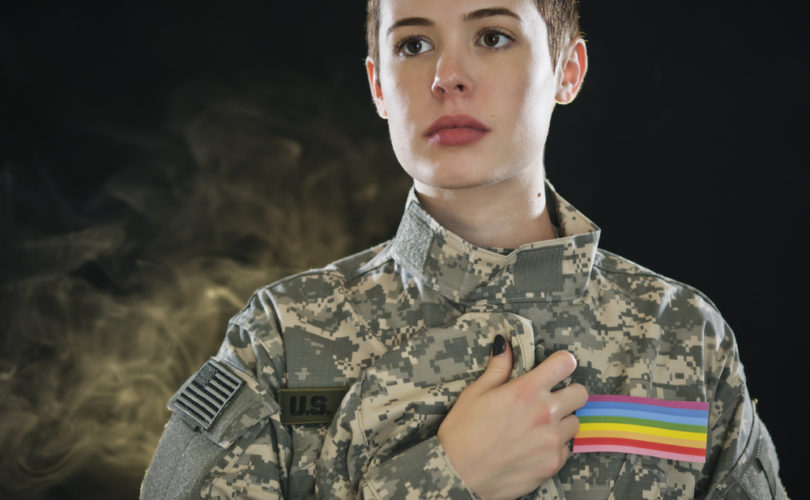 Ben Johnson contributed to this report.

WASHINGTON, D.C., June 5, 2015 (LifeSiteNews) – Two months after the Army loosened its rules on dealing with transgender soldiers, the Air Force is following suit.

Under new rules unveiled by the administration, the decision about whether to dismiss a transgender soldier will be removed from doctors and unit commanders and made by one lone, high-level official.

Yesterday, the Air Force announced that it was moving the decision on whether to discharge airmen diagnosed with gender dysphoria or who identify as transgender to the Director of the Air Force Review Boards Agency.

That position is currently held by R. Philip Deavel, a former JAG attorney who then practiced civilian labor and employment law.

In a statement, the Air Force official said the ban on transgender soldiers has not changed, but removing local authority to national headquarters merely “ensures the ability to consistently apply the existing policy.”

However, the Air Force's move is similar to one made by the Army two months ago, as well as what happened with the “Don't Ask, Don't Tell” policy for homosexuals that was eventually eliminated under Obama.

Air Force Secretary Deborah James told USA Today that “from my point of view, anyone who is capable of accomplishing the job should be able to serve.”

“I wouldn't be surprised if this doesn't come under review,” said James.

Last December, the Obama-appointee said that transgender people should be able to serve in the Air Force because “times change.”

Her comments mirror those of Defense Secretary Aston Carter. In February, Carter said that while “it's not something I've studied a lot since I became secretary of defense,” he “come[s] at this kind of question from a fundamental starting point, which is that we want to make our conditions and experience of service as attractive as possible to our best people in our country.”

“I'm very open-minded about…what their personal lives and proclivities are, provided they can do what we need them to do for us,” Carter said. “That's the important criteria. Are they going to be excellent service members?”

While civilian leadership may want to change longstanding military protocol, high-ranking Pentagon officials told the Associated Press that military leaders have concerns about changing military policy on transgender service members. They cited the risks of inter-sex bathrooms and sleeping quarters, especially in a time of concern about sexual assaults, and noted that the financial cost of gender “reassignment” surgery could be harmful to the Air Force's readiness.

After Carter backed changing the military's transgender policies, White House Press Secretary Josh Earnest said that “the president agrees with the sentiment that all Americans who are qualified to serve should be able to serve, and for that reason we here at the White House welcome the comments from the Secretary of Defense.”

The New York Times this week published an editorial demanding that the military drop the ban on transgender soldiers, a call made earlier by former Georgetown Law student Sandra Fluke.

This week, however, Earnest told Fox News “we don't” have an opinion on the issue of service by transgender people. That comment was soon walked back in an email from White House Principal Deputy Press Secretary Eric Schultz to The Washington Blade.

“We did see the New York Times editorial, but as Josh mentioned, we don’t have any new position on the military’s policy on this to offer today,” Schultz wrote. “Generally speaking, the president certainly agrees with the sentiment that all who are qualified to serve should be able to serve – but you should check with the Department of Defense for specific details on how they operationalize their policies.”

The Family Research Council's Peter Sprigg, who is the policy organization's Senior Fellow for Policy Studies, told LifeSiteNews earlier this year that that his group “would certainly oppose any change in the current policy, which excludes transgender persons from serving in the military.”

Like Carter, Sprigg said it was suitability for military service that concerned him. Unlike Carter, he believes gender dysphoria should be a disqualifying disorder. “We think it would be harmful to unit cohesion and morale to have openly transgender people serving in the military,” he said.

“It would be asking people in their units to affirm a lie, deception, or a delusion — and, possibly, being punished for not agreeing with transgendered persons” about their sexuality,” he explained.