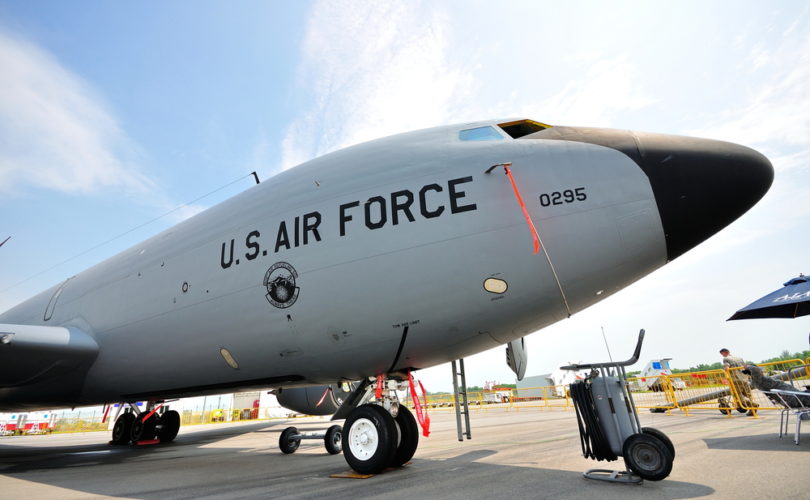 The Obama administration is signaling its support for transgender people to serve openly in the military, in the barracks of their choice.

She told USA Today yesterday that the possibility of transgender service “is likely to come under review in the next year or so.”

James, who never served in the military, was appointed to a Defense Department position in the Clinton administration before being tapped to lead a branch of the service by Barack Obama.

“I don't believe this would be a positive step for military readiness at all,” Peter Sprigg, senior fellow for policy studies at the Family Research Council, told LifeSiteNews.

“The military has always considered gender identity disorder to be disqualifying for military service on mental health grounds, and I don't see any reason why they should change that policy,” he said.

He added that all the issues of allowing biological males access to the facilities of the opposite sex would be amplified “in the military world, where you have people living in close quarters, in intimate situations with very little privacy.”

“You have the potential for people who are biologically male but present themselves as female being housed with and using the same restroom, locker room, and shower facilities as people who are actually born female,” a circumstance women may find “legitimately disturbing.”

Advocates of channeling the federal government's resources to supporting sexual minorities reacted with joy at James' remarks. Ian Thompson of the ACLU said, “It is only a question of when, not if, the outdated, discriminatory ban on transgender troops will be lifted.”

Elaine Donnelly, president of the Center for Military Readiness, told LifeSiteNews this spring that changing the policy “would have serious consequences” and “does not make sense for the military.” She warned that some transgender people may opt to join the military to receive sex-change operations paid for by the American taxpayer.

Sprigg said all “the slippery slope predictions we made” following the repeal of Don't Ask, Don't Tell “are coming true – that it would simply be the first step toward the imposition of an even more radical social agenda upon the military.”

The Obama administration pivoted swiftly to the new cultural battlefront. Outgoing Defense Secretary Chuck Hagel raised the possibility of open transgender military service with some hesitation during a May interview with ABC News, adding that it's “an area we've not defined enough yet.” The Washington Blade, a homosexual publication, reports that last May, “Air Force Undersecretary Eric Fanning, who’s gay, endorsed the idea of allowing transgender people to serve in the U.S. armed forces.”

Despite the atmosphere created by her remarks, transgender activists are not content to have military service receive lip service. Aaron Belkin, director of the Palm Center (formerly the Center for the Study of Sexual Minorities in the Military), said, “President Obama is the commander in chief and is ultimately responsible for setting policy, and it is imperative for him to clarify his position, as well.”

That could lead the president to make yet another unilateral action. Sprigg noted that “the Obama administration may try to change this longstanding policy simply through executive order alone, or through administrative action.”

The Blade reports that a senior Pentagon aide told them that an internal review is unlikely at the moment, because of lack of pressure on the administration.

Yet an internal measure is the most likely path forward. There is little support allowing transgender people to serve in the military, inside or outside Congress. The policy has been endorsed by House Minority Leader Nancy Pelosi – as well as Congressmen Scott Peters, Susan Davis, Loretta Sanchez, and Niki Tsongas and former Georgetown contraception activist Sandra Fluke. None have served in the military, although Davis and Tsongas lived in military families.

“I think as dramatic a change as this really should be subject to Congressional decision making,” Sprigg said.