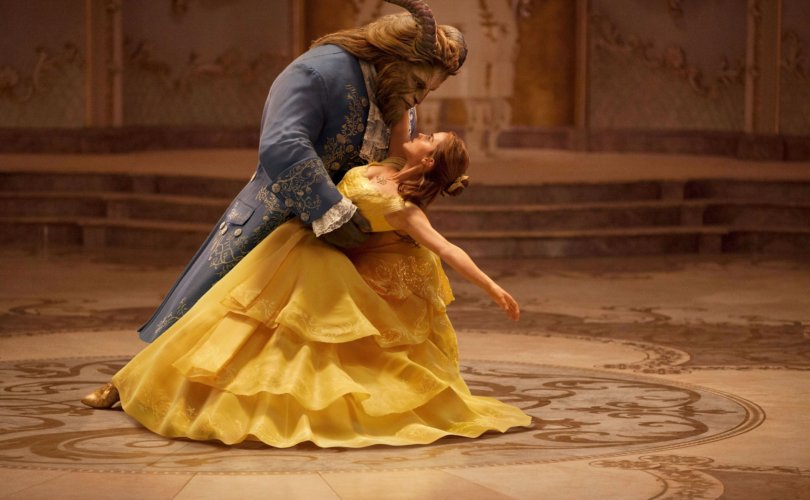 The owners of Henagar Drive-In Theatre in northeast Alabama made the announcement last Thursday on the theater’s Facebook page, citing their Christian faith.

“I know there will be some that do not agree with this decision,” the post said. “That's fine. We are first and foremost Christians. We will not compromise on what the Bible teaches.”

The owners had said as well that if they cannot take their young grandchildren to see a movie then they shouldn’t be watching it either, applying the same standard with God.

“If I can't sit through a movie with God or Jesus sitting by me then we have no business showing it,” they stated in the post.

The initial furor began after the film’s director said last week that the Le Fou character would be shown wrestling with and then embracing his same-sex attraction toward the Gaston character, calling it “a nice, exclusively gay moment in a Disney movie.”

“Le Fou is somebody who on one day wants to be Gaston and on another day wants to kiss Gaston,” Bill Condon said.

“He's confused about what he wants,” Condon continued. “It's somebody who's just realizing that he has these feelings. And (actor) Josh (Gad) makes something really subtle and delicious out of it.”

Gad had reinforced the news of the gay storyline when tweeting last Tuesday night,  “Beyond proud of this.”

Both men later played down their comments after significant backlash.

Aside from the Henagar owners’ decision not to show the movie, Franklin Graham commented Thursday on his Facebook page that Disney was attempting to normalize the homosexual lifestyle and encouraged people to let the company know how they feel about this use of a homosexual character in a children’s film.

“They’re trying to push the LGBT agenda into the hearts and minds of your children,” Graham warned. “Watch out!”

Graham said Walt Disney “would be shocked at what has happened to the company that he started.”

“Disney has the right to make their cartoons, it’s a free country,” Graham said. “But as Christians, we also have the right not to support their company. I hope Christians everywhere will say no to Disney.”

Graham subsequently also praised the Henagar Drive-In owners’ decision not to to show the film.

“I wish more businesses would have this kind of character to take a stand for what is right,” he posted Saturday, inviting comments of support. “God bless them.”

Some 167K Graham followers “liked” the post, with more than 35K sharing it.

A petition from One Million Moms against Disney’s first same-sex kissing scene in one of its animated TV programs included mention of the Beauty and the Beast gay moment as well.

More than 45,000 signers so far are telling Disney with that petition, “I do not agree with the LGBT agenda you are pushing on families and children. You will not have my support as long as you continue to veer away from family-friendly entertainment.”

LifeSiteNews’ petition telling Disney that Children's movies are no place for promoting a harmful sexual political agenda has had vigorous response, surpassing two initial goals and continuing to garner signatures.

The owner of Henagar’s has also said in its announcement, “When companies continually force their views on us we need to take a stand.”

Owners of a Buffalo, New York, drive-in theater said over the weekend they were “extremely disappointed that a fellow drive-in business owner would go out of their way to publicly diminish a group of people based upon their personal beliefs.”

The Transit Drive-In’s owners said in a report from WIVB News 4 Buffalo that families should make their own choices and not be subject to the censorship of others.

“We choose our movie lineups based primarily upon anticipated popularity and earning potential, and never our personal, political, or religious beliefs,” they stated. “Transit Drive-In will be opening on March 17-19, proudly showing Disney’s Beauty and the Beast. Be Our Guest.”

Carol Laney runs the Henagar Drive-In with her husband. She said in a CBS News report from Saturday that this was “by no means sending a message of hatred or bigotry.”

Laney re-emphasized that they are Christians first and foremost and must adhere to the Bible and to their faith.

“We respect the choice of others who choose to support other movie theaters by watching this movie,” she said. “However, we hope that you respect our choice not to play it at our drive-in.”

“I have family members that are homosexuals. I have a relationship with them. I love them. It does not mean I’m a bigot,” Laney told The New York Times on Friday. “I’m not judging them when I tell you that God’s word says this, that’s not me. That’s God’s word.”

According to the Times, a majority of the Facebook post’s comments were negative, yet Laney, who was firm in her resolve about the decision not to show the film, told the news outlet that for every negative comment, “I’m getting 20 to 30 positives.”

“My salvation is not here on this earth,” she said. “My salvation is in heaven. And that’s who has got my back. God has my back and I’m not going to rethink my position now or ever.”

“As of December 16th the Henagar Drive-In is under new ownership. Movies scheduled prior to that date and four weeks after this date were not scheduled by the new owners. That being said … It is with great sorrow that I have to tell our customers that we will not be showing Beauty and the Beast at the Henagar Drive-In when it comes out. When companies continually force their views on us we need to take a stand. We all make choices and I am making mine. For those that do not know Beauty and the Beast is “premiering” their first homosexual character. The producer also says at the end of the movie “there will be a surprise for same-sex couples”. If we cannot take our 11-year-old granddaughter and 8-year-old grandson to see a movie we have no business watching it. If I can't sit through a movie with God or Jesus sitting by me then we have no business showing it. I know there will be some that do not agree with this decision. That's fine. We are first and foremost Christians. We will not compromise on what the Bible teaches. We will continue to show family oriented films so you can feel free to come watch wholesome movies without worrying about sex, nudity, homosexuality and foul language. Thank you for your support!”