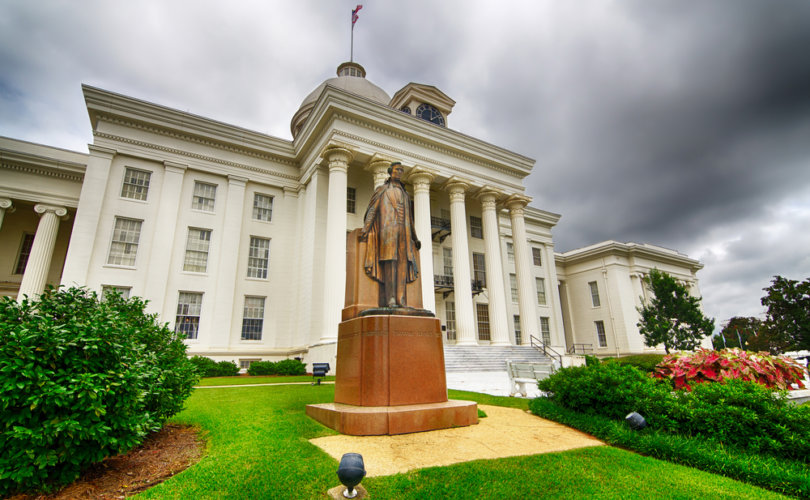 The personhood bill’s sponsor, Republican Representative Ed Henry, says that the measure is not a direct attack on abortion, but it would establish that abortion conflicts with the state’s values, and its purpose was to give voters the ability to establish the position that life begins at conception.

Responding to the question of why he would introduce legislation likely to draw a court challenge Henry told AL.com, “Because I believe in life.”

The House Health Committee passed the bill on a voice vote without debate but with some opposition.

If approved by three-fifths of both the state’s House and Senate membership, the personhood amendment would then go before Alabama voters.

American Civil Liberties Union (ACLU) attorney Brock Boone criticized the measure at last month’s public hearing on the amendment, The Cullman Times reports, because it would affect abortion in cases of rape and incest, and because, he said, it could make some methods of contraception the “legal equivalent of homicide.”

Brock also called the amendment an “attack on women.”

Henry said Wednesday the legislation “might” affect some forms of birth control and would affect some in-vitro fertilization techniques.

A bill establishing life at the moment of implantation in the womb had passed the Alabama Senate in 2011, but failed to get a vote in the House before the session ended.

The state’s Supreme Court would establish one year later that Alabama mothers had the right to sue in cases where their unborn child wrongfully dies before viability, the court unanimously ruling, “each person has a God-given right to life.”

A committee in the Missouri House approved a personhood constitutional amendment on Tuesday this week. That amendment would establish the right to life for “unborn human children at every stage of biological development.”

Personhood legislation efforts in other states, including Colorado, North Dakota and Mississippi have fallen short in voter referendums.

Henry did recognize that a legal challenge to the amendment, if approved by voters, was likely.

But, he stated, “I believe in life and protecting it. No matter if we’re going to be sued.”