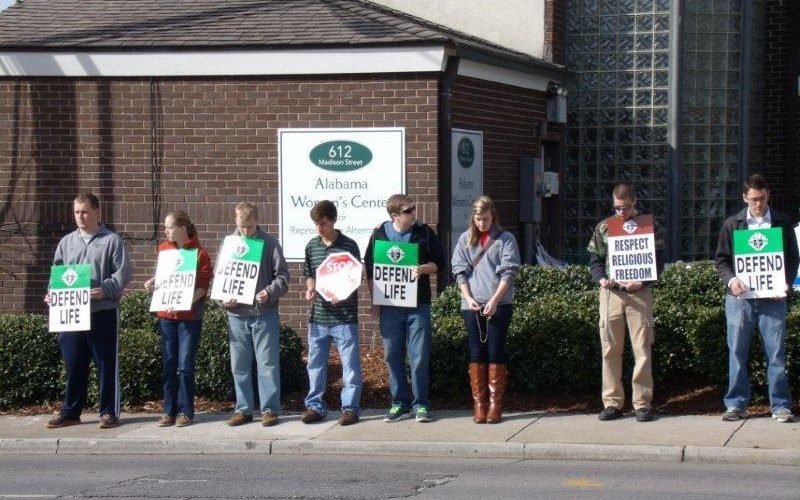 Pro-life advocates in Alabama are fighting an attempt to reopen an abortion clinic they say violates the city's zoning policies.

Last year, the Alabama Women's Center for Reproductive Alternatives (AWC) voluntarily closed its doors because it was unable to meet the state's quality standards for facilities. Specifically, facility administrator Dalton Johnson said the location could not be upgraded to match the health and safety standards of other ambulatory surgical centers.

Now, Alabama Women's Center is trying to reopen on Sparkman Drive, which pro-life groups say creates two issues with city laws. The first issue, they say, is that AWC did work on the building while it was applying for permission from the state's Department of Public Health to reopen. Jim McGuffey, Huntsville's manager of planning service told AL.com that the city put a stop on construction, then issued the proper permit to a contractor working on the Sparkman Drive address last week.

The bigger issue, however, relates to Henderson's claim that AWC's attempt to reopen on Sparkman Drive is based on a 1998 city variance that he believes should have expired. The variance allowed Huntsville Hospital to have an outpatient clinic in that area, reports Doyle, which was necessary because it is a residential area. Henderson argues that the city should have considered the variance to be expired when that facility closed.

Huntsville City Attorney Peter Joffrion told LifeSiteNews that he was “not aware of any violations, notwithstanding any claims by any groups.”

According Joffrion, “the location that people are talking about is a location that was the subject of a zoning variance back in 1998. The variance was for a medical clinic. It was not specific as to any owner or user; it was just specific as to that use. The facility that is proposed for that location currently is also a medical facility or clinic.” He said this was the case “regardless of people's interpretations or feelings on one side of the fence or other.”

Henderson's interpretation of the variance is a “misunderstanding of zoning law in the state of Alabama,” said Joffrion. “A variance doesn't expire because of the cessation of any particular user or use. A variance runs with the land; it's a title issue. It does not expire if one particular user decides to close up shop.”

McGuffey told LifeSiteNews that “medical clinic has a fairly flexible definition.” He said it covered a wide range of facilities that could be housed on the property.

Life Legal Defense Foundation attorney Allison Aranda, however, disagreed with the assessments by Joffrion and McGuffey about the broad nature of the variance. She told LifeSiteNews that the minutes of the 1998 meeting when the variance was instituted show town officials were very specific as to what could be allowed under the variance.

The minutes, a copy of which Aranda sent LifeSiteNews, shows board members unanimously approved the variance, with the stipulation that “the variance is granted for this use only.” That use was, according to the appellant speaking to the board, for “a medical clinic for Huntsville Hospital to service that area.”

Henderson and the LLDF also say Henderson's group was not allowed at the city's July 15 Board of Zoning Adjustment meeting, which shows bias for the abortion clinic on the part of city officials. McGuffey says that Henderson failed to provide the paperwork for his appeal to be heard.

“He didn't provide any of the documents. He simply had someone send in a letter, and he felt as if that was his application,” said McGuffey. Henderson was informed that he had not applied, but Henderson “didn't feel that was fair,” he said, adding McGuffey that he was welcome to apply for the August meeting.

Aranda told LifeSiteNews that the application process described by McGuffey was not relevant to Henderson's group. According to Aranda, the full application process was for the owners of properties. Since Henderson was not the owner of the property that the appeal related to, Aranda maintains filling out the entire application was unnecessary. She says that she sent a letter requesting permission to address the Board dated June 30.

AWC's clinic, which was one of four in the state, faced controversies for years at its former location. Last year state officials found multiple violations of the state health code. These included not cleaning exam tables between abortions, providing expired medication, and not complying with state informed consent laws.

Northern Alabama’s only abortion facility to close due to pro-life law
City of Huntsville may alter city ordinance to get pro-life protesters off abortion center sidewalk
Alabama abortion facility did not clean tables between abortions, inspectors find