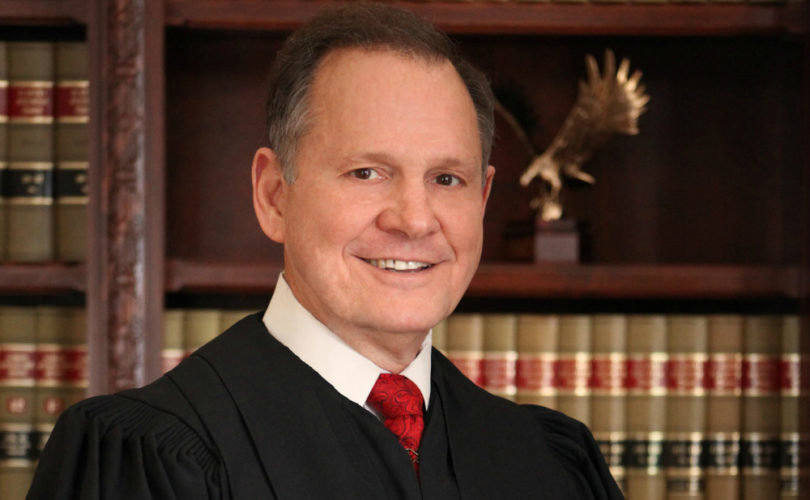 Chief Justice Roy Moore said probate judges have a ministerial duty not to issue marriage licenses in conflict with the state marriage amendment pending a decision from the Alabama Supreme Court.

Moore said he did not intend to defy the Supreme Court but that there were “conflicting orders” between the U.S. Supreme Court and the Alabama Supreme Court, according to a report from the Montgomery Advertiser.

Two months prior, in January, U.S. District Judge Ginny Granade had struck down the state's marriage protection laws, ruling that they violated same-sex couples' equal protection and due process rights.

Moore told the state's probate judges not to issue marriage licenses to homosexual couples at the time because it would violate state law.

And he pressed Alabama Gov. Robert Bentley to oppose the ruling, telling him in a letter, “As Chief Justice of the Alabama Supreme Court, I will continue to recognize the Alabama Constitution and the will of the people overwhelmingly expressed in the Sanctity of Marriage Amendment. Be advised that I stand with you to stop judicial tyranny and any unlawful opinions issued without constitutional authority.”

The case before the Alabama Supreme Court is still pending, and Moore said the orders in that case prohibiting same-sex marriage licenses remained in force until the Supreme Court made a ruling.

The National Organization for Marriage (NOM) said that Moore's order is part of developing resistance in America to the Supreme Court's attempt to legislate from the bench when it comes to marriage.

“The American people reject judicial activism of the US Supreme Court and their attempt to redefine marriage,” its statement said. “They continue to support marriage as it has existed throughout our nation's history, the union of one man and one woman.”

“In Alabama and across America, state judiciaries and legislatures are standing up against the federal judiciary or anyone else who wants to come up with some cockeyed view that somehow the Constitution now births some newfound notion of same-sex marriage,” Staver stated in a ChristianNewsWire report. “The opinion of five lawyers on the U.S. Supreme Court regarding same-sex marriage is lawless and without legal or historical support.”