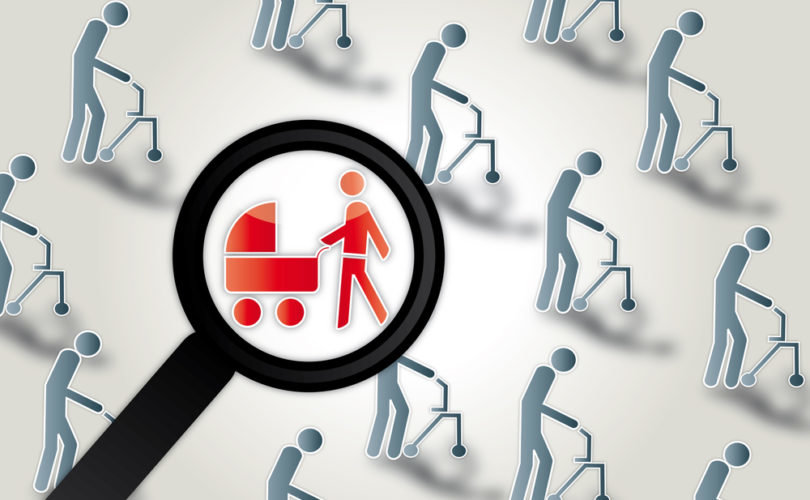 MADRID April 12, 2019 (LifeSiteNews) – The vast majority of Spaniards under the age of 30 have not had children, according to Spain’s National Statistical Institute. The findings raise concerns about the country’s future existence.

In its study of fertility rates for 2018, the Spanish National Statistical Institute showed that among women age 18 to 30, 88 percent are childless. In addition, 95 percent of men under the age of 30 have not yet become fathers. Women age 30 to 34 showed the highest fertility rates. The Mayo Clinic indicates that the risks increase for women who become pregnant at age 35 and older.

Abortion plays a significant role in the fertility rate recorded in Spain. As far back as 2008, demographic and health data showed that abortion was the most significant cause of death in the country. A study by the Institute for Family Policy showed this month that more than half of teenage mothers abort their children, as opposed to one in three foreign-born teens.

The Spanish National Statistical Institute survey showed about one-quarter of the women surveyed have fewer children than they would like. The survey also shows that 42 percent of women age 18 to 55 bore their first child at an age older than what they considered ideal. Among 30 percent, the principal reasons cited for delaying children were work, reconciling work with family life, and finances.

The survey found a link between fertility and levels of educational attainment, showing that higher levels of education showed fewer children per woman. Also, women working outside the home have fewer children than stay-at-home mothers, according to the study. The percentage of childless working women is greater than those who are mothers in all of the age cohorts examined, except for those under 30. In the most fertile group (age 30 to 34), 78 percent of those without children are currently employed, as opposed to 64 percent among those who have children.

The statistical agency found that Spain’s total population grew slightly in 2018 to a little more than 47 million, of which approximately 10 percent are foreign-born, an increase over recent years. Native-born Spaniards showed signs of aging: the average age is 44 among natives. That number is considerably lower than it would be otherwise because the average age among foreigners is 36, even when the large numbers of elderly French, British and German retirees are calculated. Another significant difference between foreigners and the native-born is that about 34 percent of the natives are between 16 and 44, while among foreigners the number jumps to 55 percent.