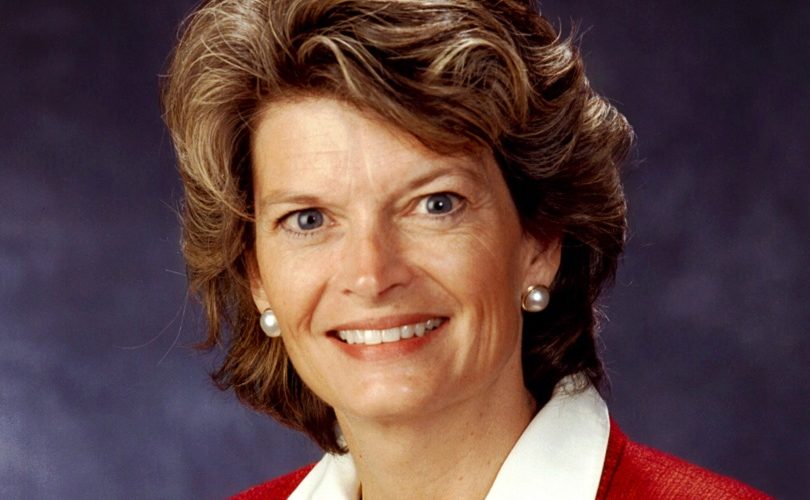 “I'm a supporter of Planned Parenthood. I believe that the services that are provided for the tens of thousands of Alaskan men and woman, access to not only women's health care but also access to men's as well, access to screenings, access to affordable birth control, is an important service and I have supported that,” said the senator. “It's always important to caveat that there are no federal dollars that Planned Parenthood receives that go toward abortions. That's not the case. So I would like to see the services that men and women receive continue.”

Murkowski's claim about federal funding for abortions was also made by White House Press Secretary Josh Earnest last week. However, the law does allow federal dollars to be used for abortions, something Planned Parenthood CEO Cecile Richards told Congress the company takes advantage of.

Murkowski also said that while she supports investigating Planned Parenthood over allegations of illegal fetal harvesting, she wants only seven of its affiliates defunded.

“But in the meantime, during this investigation, Planned Parenthood should stop the collection of fetal tissue, just stop it in its tracks right then, and allow for the investigation to go forward. And further, that those affiliates would not be able to receive funding,” she said.

“There are some 700 Planned Parenthood affiliates. Of those 700, there were only seven that do anything related to the collection of fetal tissue. Seven out of 700. So Senator Collins and I voted to get on that bill. We voted to move to proceed. It was not a vote to defund Planned Parenthood.”

Murkowski's record has long frustrated pro-life advocates. According to OnTheIssues.org, she backed a bill to notify parents if a child crossed state borders to get an abortion and voted for the 2004 “Unborn Victims of Violence Act.” However, her opposition to late-term abortions has been qualified by a further expansion in exceptions, and she voted for embryonic stem cell research funding.

Murkowski's moderate record on many issues, including life, have been offset for many Alaskan Republican voters by her focus on constituent concerns, such as energy and the economy. But her growing influence – she was on the GOP Senate leadership team within eight years in Congress's upper chamber – was nearly ended in 2010 by Tea Party opponent Joe Miller.

That year, Murkowski lost to Miller in the primary and ran an independent candidacy.  Even though she eked out victory through recounts, an aggressive campaign, and a judge's decision on write-in votes, she was forced to relinquish her leadership position because she ran against the official GOP nominee.