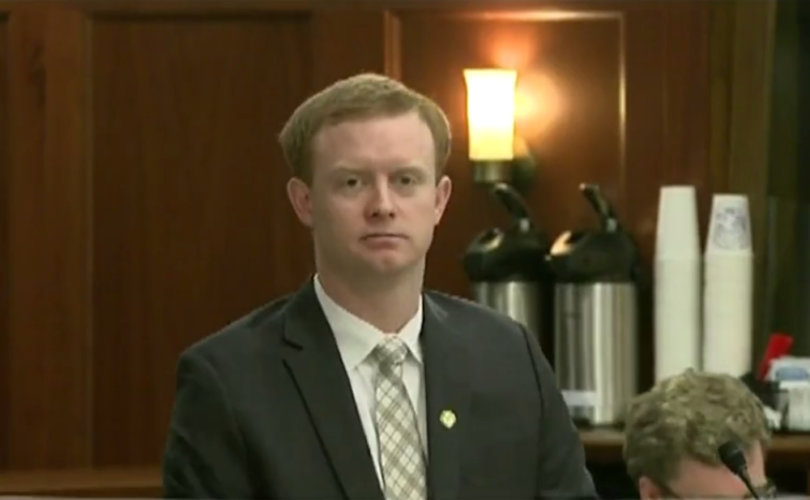 Eastman also expressed concern that the state's allowance of Medicaid to fund some abortions creates an incentive for women to seek abortions because it can means “a free trip to the city.”

Abortion is legal throughout pregnancy in the state. Alaska is close to the bottom of Americans United for Life's state rankings of laws protecting pre-born humans, in 34th place.

During late-term abortions, which are legal in Alaska even though after 20 weeks in the womb a pre-born baby can feel pain, an abortionist injects a lethal drug, digoxin or potassium chloride, into the baby before delivering her. Many babies who are aborted during the third trimester would be able to survive outside the womb.

Most second trimester abortions are dismemberment, or “dilation and evacuation” abortions.

AbortionProcedures.com describes how a dismemberment abortion is done:

The abortionist inserts a large suction catheter into the uterus and turns it on, emptying the amniotic fluid.

After the amniotic fluid is removed, the abortionist uses a sopher clamp — a grasping instrument with rows of sharp “teeth” — to grasp and pull the baby’s arms and legs, tearing the limbs from the child’s body. The abortionist continues to grasp intestines, spine, heart, lungs, and any other limbs or body parts. The most difficult part of the procedure is usually finding, grasping and crushing the baby’s head. After removing pieces of the child’s skull, the abortionist uses a curette to scrape the uterus and remove the placenta and any remaining parts of the baby.

The abortionist then collects all of the baby’s parts and reassembles them to make sure there are two arms, two legs, and that all of the pieces have been removed.

First trimester abortions are done either via pills that deprive the growing baby of nutrients and blood or with a suction machine more than 10 times as powerful as a household vacuum cleaner.

Katie Rogers of Planned Parenthood Votes Northwest and Hawaii said Eastman is insulting sexual assault survivors with this amendment and that he's trying to “shame” women.

There were 1,260 babies aborted in Alaska in 2016, according to its government's statistics. In Alaska, 44.1 percent of women who underwent abortions in 2016 paid via Medicaid.