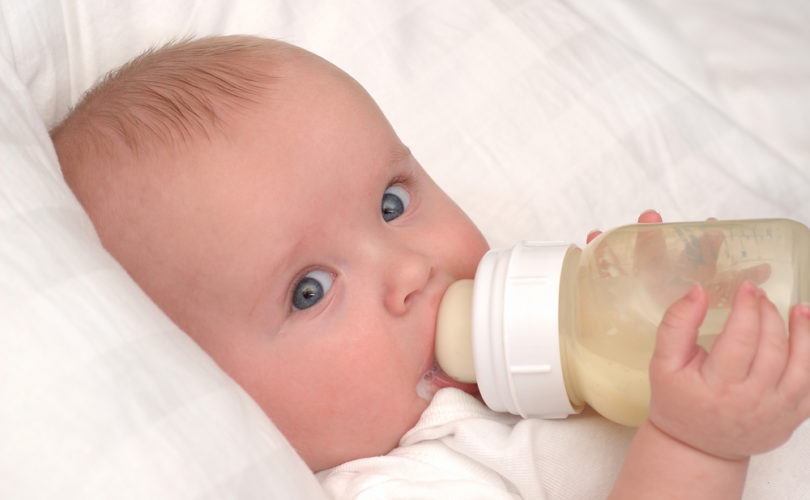 ANCHORAGE, AK, February 5, 2015 (LifeSiteNews.com) — An Alaska teen who gave her baby up for adoption has made a continued sacrifice for the good of her child by giving her breast milk to the baby’s adoptive family.

In addition to the selfless act of sharing her child through adoption, 19-year-old Kaleena Pysher has succeeded in providing her baby milk, even though the adoptive parents live out of state. She’s also prevailed despite the complex feelings of separation, knowing her gift is one of love.

“I know in my heart and my mind this is the best thing,” Pysher said told Alaska Dispatch News.

Pysher was an 18-year-old West Anchorage high school student with plans to study to be a dental hygienist when she became pregnant. She knew she was not ready to raise a child and felt certain about adoption early on.

Her motivation for donating her breast milk for her daughter is the same as her reason for choosing adoption. “I want her to have the best,” said Pysher.

Pysher, who gave birth in November, bonded with her baby during pregnancy, singing and reading to her. Giving birth went well for Pysher too. “As soon as she came out, they plopped her on my chest,” she said. “She was crying. I was just so happy.”

Pysher had learned about the benefits of breastfeeding through a visiting nurse program, and her daughter’s adoptive parents agreed to provide her a breast pump and pay to ship her breast milk.

She was able to maintain pumping every two hours for the first six weeks, despite it being painful for her, and all the while missing her child. “I just sucked it up and kept going,” Pysher said.

One of her shipments of breast milk weighed 80 pounds. She produced enough that the adoptive family had to buy another freezer. Pysher has been donating surplus milk to a Colorado milk bank since there isn’t yet one in Alaska.

Pysher continues to work through the separation with her child as she backs off from pumping, seeing a therapist to process the feelings she’s experiencing. “I was not wanting to grieve for that loss,” said Pysher. “I basically swept all of my feelings under the rug.”

But she does understand the implications of her sacrifice, saying she would not trade the experience for anything. “Now,” Pysher said, “I know there's a stronger love.”