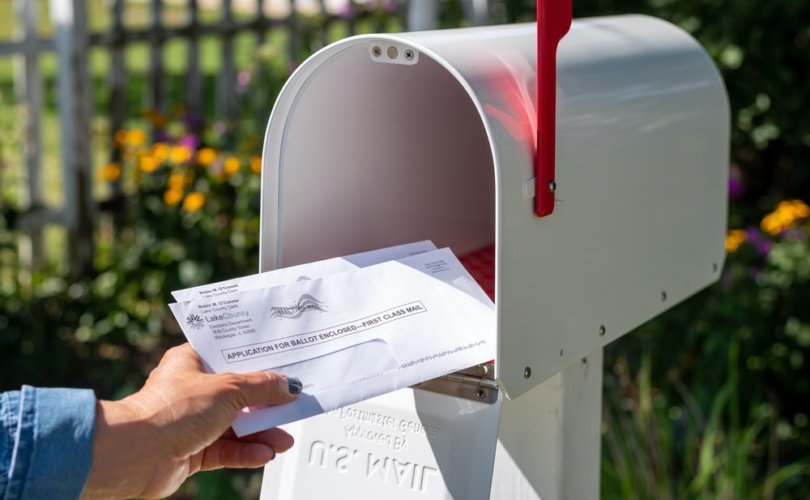 (LifeSiteNews) – Election officials in Alaska will not verify the signatures on mail-in ballots in the state’s upcoming House primary election, reinforcing ongoing concerns about election integrity.

On June 11, Alaska will hold a special statewide primary election for the state’s at-large congressional district to fill the vacancy left by the passing of Republican Rep. Don Young earlier this month. The top four candidates will go on to a general election on August 16, though with the April 1 filing deadline imminent, so far only two candidates are running: Republican Nicholas Begich and Democrat Christopher Constant.

The Alaska Watchman reported that on March 25, Alaska’s Division of Elections sent out an email confirming that “[t]here is no statutory authority to verify signatures, but voters will have to provide witness signatures.” On April 27, the division intends to mail a ballot to the address on file for all of the more than 586,000 qualified registered voters in the state.

On March 23, Alaska Republican Lt. Gov. Kevin Meyer claimed during a press conference that an in-person election was not feasible, supposedly because the nation’s ongoing supply chain issues had led to a paper shortage and 2,000 election workers could not be acquired by June 11.

“Since Alaska has one of the most bloated voter registration rolls in the nation, it is a certainty that thousands of mail-in ballots will be sent to outdated addresses where the voter on file no longer resides,” Watchman editor-in-chief Joel Davidson wrote. “Alaska’s state’s voter rolls ballooned to 103% of registrations as of 2018 – the highest in the nation by a wide margin. That means there are tens of thousands of registered voters who either no longer live in Alaska or have died.

“And the predicament isn’t getting any better,” Davidson added. “In 2020, Alaska’s voter registration skyrocketed to 118%. This mounting problem coincides with a 2016 law which allowed the state to automatically register Alaskans when they apply for a [permanent fund dividend].”

Several bills have been introduced in the state legislature to require signature verification and shore up other potential holes in the state’s elections, but have yet to be acted on.

The dramatic expansion of mail-in voting for the 2020 election, ostensibly a COVID-19 safety measure, left a cloud over President Joe Biden’s defeat of former President Donald Trump, and while hopes of reversing that outcome were quickly dashed, such issues that could potentially impact future elections remain unresolved nationwide, including in Arizona, Georgia, Pennsylvania, and Wisconsin. Attorney General Merrick Garland has threatened to take action against states for investigating the election and enacting new election security measures, calling such claims “refuted.”