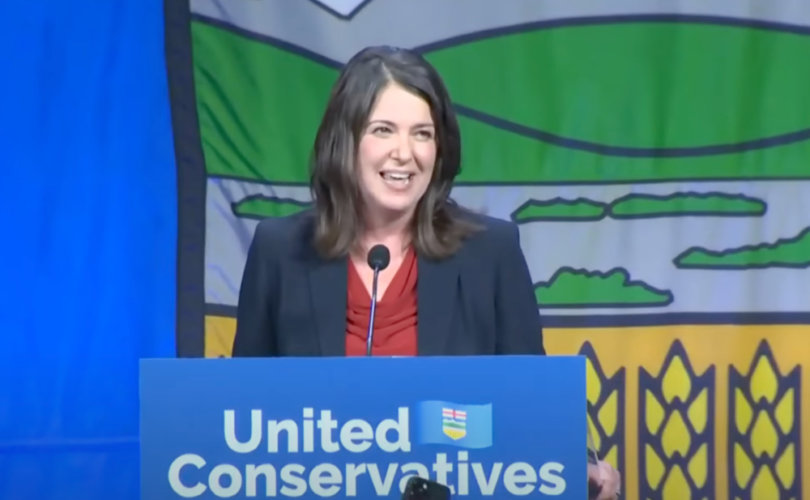 EDMONTON, Alberta (LifeSiteNews) — The government of Alberta has secured five million units of children’s pain and fever medication amid the ongoing nationwide shortage, but first needs approval from Health Canada to complete the importation.

Yesterday, Alberta Premier Danielle Smith and Minister of Health Jason Copping announced that the province has secured kids’ acetaminophen and ibuprofen from the Turkish company, Atabay Pharmaceuticals and Fine Chemicals.

“For two months, parents and caregivers across Canada have faced a shortage of children’s pain and fever medication. This shortage is placing additional stress on families and on the health system, as more Albertans are visiting pharmacies, physicians and hospitals,” lamented the government, with Smith adding that “cold and flu season is always difficult on young children and their families and causes additional strain on our health system, especially at our children’s hospitals.”

“The shortage of children’s pain relief medication is exacerbating these challenges and causing a tremendous amount of anxiety for families,” she continued.

The Alberta government said that the imported product will be made overseas and will meet all current health guidelines, and once distributed across the province will be able to be shared across Canada.

Smith said her government has secured airplanes to fly in the product once it’s ready, but that won’t happen until it is approved by federal authorities.

Last month, Prime Minister Justin Trudeau, after pressure to take action from the Conservative Party of Canada (CPC), finally announced that the government had secured a “foreign supply” of children’s pain and fever medication to combat the nationwide shortage.

However, the amount of the federal importation amounted to just over a million bottles of mostly U.S.-sourced products for the entire country, which has meant many store shelves are still empty.

For months, Canadian parents have had to endure severe shortages of Tylenol and other fever and pain relief medications for their children and infants, despite there being no such shortages for adult formulations of the common drugs.

The shortages come at the same time there has been a reported increase in childhood respiratory illness. Various experts have said the increase in illness is the result of the government-imposed restrictions placed on the public during COVID, which in some cases had children in isolation or lockdown for weeks or even months at a time.

These lockdown policies – which in Canada included lengthy school closures – prevented kids’ from interacting with others, thereby weakening their immune systems, explain the experts.

Yesterday, Smith urged Health Canada to quickly approve the Alberta deal with Atabay Pharmaceuticals so that the product can soon be available to families in need.

“This is how a cooperative federalism should work.”

However, federal red tape and bureaucracy might get in the way of the quick importation of the product.

Health Canada in a statement sent to media said the “exceptional importation” of foreign-made kids’ pain/fever medication must be met with its full approval.

The agency has met with the Alberta government and given to them all the steps it needs to take but noted that the Turkish product must be determined to be made to Canadian standards first.

Federal health officials also said that the product must include French labeling.

The Alberta government noted however that Atabay Pharmaceuticals and Fine Chemicals “already has Health Canada approval for its raw ingredients and currently sends the same doses that Alberta is working to acquire to other nations like the United States and the United Kingdom.”

At this point, it is unclear how long Health Canada will take to approve the importation of the product.

In the meantime, parents with ill kids have been having to resort to either having to pay higher costs to ship pain and fever medications from other countries or resort to having pharmacies cut adult products down for kids’ doses.

Trudeau himself initially blamed “climate change” and “the pandemic” for the shortage, but in a statement  Health Canada later said it “secured a foreign supply of children’s acetaminophen that will be available for sale at retail and in community pharmacies in the coming weeks.”