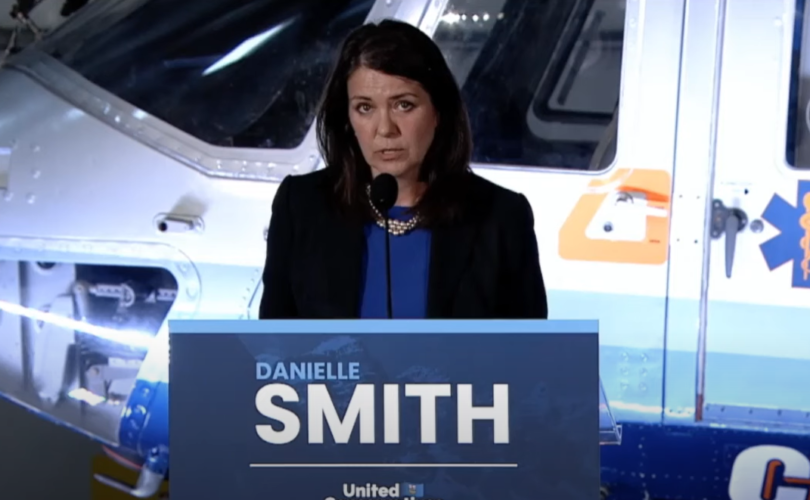 EDMONTON, Alberta (LifeSiteNews) — The province of Alberta has made the decision to ban school boards from being able to implement mask mandates and cancel in-person learning, both common practices during the COVID-19 so-called pandemic.

“Since March 2020, parents and families have at times been told with little to no notice that students would be required to move to at-home or online learning,” said the government in a statement sent out Thursday. “Many families have not had the resources to support at-home learning. Further, at-home learning has affected the well-being and academic achievements of students. School authorities and parents have asked for stability and predictability when health measures are introduced.”

Getting into specifics, the government stated: “Regulatory changes will guarantee students and parents have access to in-person learning. These changes also clarify that children and students cannot be denied in-person education by their school authority due to their personal decision to wear or not wear a mask.”

“Securing a face-to-face classroom environment means students can continue to learn successfully while allowing their parents to go to work. It will also help to maintain and improve student mental health while minimizing student learning loss,” said LaGrange.

The new changes, which were implemented through a modification of Alberta’s Education Act, apply to all grade 1 to 12 schools in the province.

During much of 2020 and 2021 – under then-premier Jason Kenney – Alberta’s schools were closed, then opened, then closed again due to the implementation of various so-called COVID policies.

For a time, masks were mandated for all students, teachers and staff, with the Alberta government spending millions of dollars to purchase and distribute face coverings throughout the education system.

Recently-sworn in premier Danielle Smith – who had earlier promised she would ban mask mandates in schools – also commented on the latest regulatory changes, saying she has been told “time and time again” by parents that they want a “normal school environment for their kids.”

“With that in mind, we have taken steps to protect and enhance educational choice. Families are free to make their own personal health decisions, and, no matter what that decision is, it will be supported by Alberta’s education system.”

In February of this year, LaGrange banned all Alberta school boards from enacting face mask requirements for students. This was around the same time then-premier Kenney had scrapped the province’s vaccine passport system as the Freedom Convoy’s popularity was rising.

However, the left-leaning group Alberta Federation of Labour (AFL) filed a lawsuit against the Alberta government stating that LaGrange’s order barring masks in schools was not valid as she had overstepped her authority.

At the time, Justice G.S. Dunlop ruled in favor of the AFL, whose lawsuit applicants included five kids whose parents acted on their behalf and claimed their protected rights had been violated.

Since taking over from Kenney in October, Smith has come out strongly against vaccine mandates as well as any form of discrimination against the vaccine-free.

She recently fired the entire board of directors for Alberta Health Services (AHS), all of whom oversaw the imposition of strict COVID mandates in the province.

As for mask use, for a time they were mandatory in Alberta and all of Canada. However, evidence continues to show that they are ineffective at limiting the spread of the highly survivable coronavirus.

One 2020 study published by the journal Emerging Infectious Diseases, stated that it “did not find evidence that surgical-type face masks are effective in reducing laboratory-confirmed influenza transmission, either when worn by infected persons (source control) or by persons in the general community to reduce their susceptibility.”