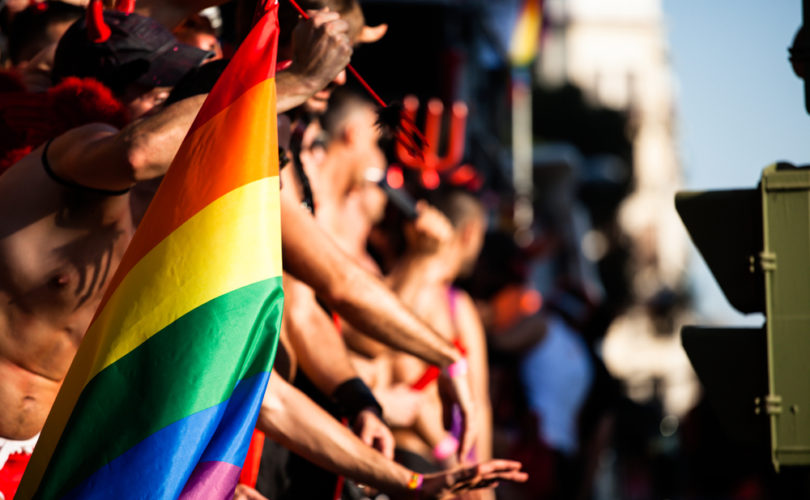 Just seven months after the Alberta legislature defeated amendments to the new Education Act that would have forced all Alberta schools to establish gay-straight alliance clubs, ostensibly to combat bullying, Liberal opposition MLA Laurie Blakeman has brought them back.

Since then there has been a provincial election that weakened the province’s social conservatives, a scandal that brought down a premier, and a bevy of turmoil within the opposition Wildrose Party. So Blakeman may feel the bill has a better chance, as well as want to make mischief with both the Wildrose and the governing Progressive Conservatives.

“I think in the end everyone will pass the test,” she said, meaning all MLAs will support measures most opposed earlier this year. “I think the bill will pass, but it’s a lot of my explaining between here and there to make sure that happens.”

Bill 202, the Safe and Inclusive Schools Act, is backed by the two tiny Liberal and New Democratic caucuses, while the Progressive Conservative government, under Premier Jim Prentice, is still reading the fine print. The Wildrose Party, which teamed up with small “c” conservative Tory MLAs to defeat the previous amendments, this time has indicated it will back the bill but will also add its own amendments that it claims will protect parental rights and Catholic and other religious schools. Blakeman says those changes will defeat her bill’s purpose.

Wildrose house leader Rob Anderson says, “In Catholic schools and faith-based schools, there might be a more effective way to achieve the balance with regards to what the students are seeking.”

Blakeman’s bill would strengthen seven-month-old provisions in the Education Act for so-called gay-straight alliances, by now requiring schools to allow them to be established whenever students so desire. Right now all school boards can refuse.  Bill 202 would also incorporate the Alberta Human Rights Act and the Canadian Charter of Rights and Freedoms in the Education Act.

Bill 202 would also remove from the Alberta Human Rights Act the requirement that schools inform parents whenever sexual orientation, sexuality, or religion are to be discussed.

The Wildrose amendments would allow faith-based schools to refuse the alliances, but require them to come up with an alternative to address bullying of gays. They would also restore the right of parents to be informed of discussions respecting religion and sexuality, but not sexual orientation, which Wildrose believes belongs in the classroom. Finally, the Wildrose amendments would prevent the inclusion of the AHRA and the Charter in the Education Act from being used to force home-schoolers and faith-based schools to teach that homosexuality and other forms of sexual immorality are normal and good.

More or less admitting that is precisely what she had in mind, Blakeman said: “I’m struggling to see how they can support the Charter of Rights and Freedoms and then go ahead and say it’s all right to discriminate against an identifiable group of kids.”

But John Carpay, head of the Calgary-based Justice Centre for Constitutional Freedoms, has an answer for Blakeman. “She is trying to impose her views, and the philosophy underlying gay-straight alliances, on every school board and every parent and child in Alberta. That is not consistent with a free society and it is not consistent with the Charter of Rights and Freedoms.”

It is however, consistent with totalitarianism, he says. “Totalitarian states cannot tolerate freedom of religion because it means people look elsewhere than the state for their values,” Carpay told LifeSiteNews. Free states, on the other hand, should promote freedom of religion, and the freedom of parents to teach their children their own values. Bill 202 and gay-straight alliances were both premised on the idea that “homosexuality is healthy and normal,” which is in conflict with what Catholic and other Christian schools in Alberta teach, says Carpay, which is that “sexuality is sacred and the place for it is in heterosexual marriage.”

Blakeman’s bill comes at a vulnerable time for the Wildrose Party, which just saw two MLAs, alienated by their own party’s conservatism, cross the floor to join the government caucus. Also this week, the Wildrose caucus voted to affirm homosexual ‘rights’ along with other human groupings, in defiance of the party membership, which defeated the same motion last year.