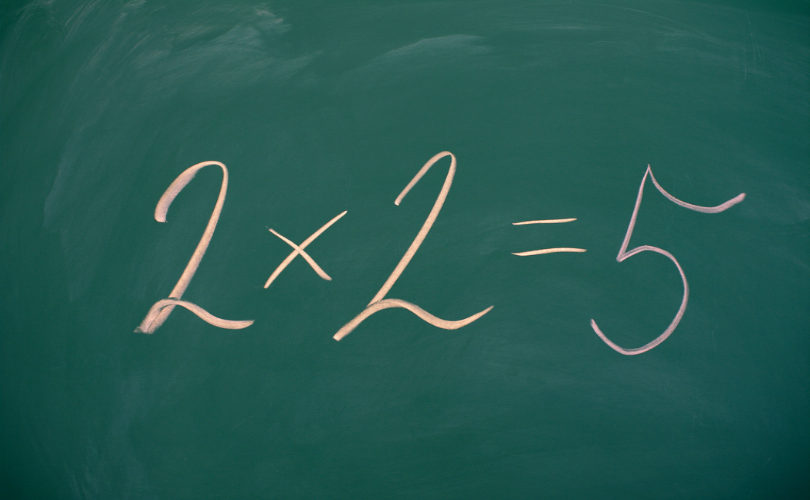 CALGARY, Alberta, January 14, 2016 (LifeSiteNews) — Alberta’s socialist government handed out guidelines yesterday to both public and Catholic schools across the province that outline what it says are the “best practices” schools should adopt to create “supporting learning environments” for biologically male and female children who believe they are a member of the opposite sex.

But Calgary Catholic Bishop Fred Henry, liaison on education issues for the Alberta Bishops, said that both the guidelines and the way they were created “smack of the madness of relativism and the forceful imposition of a particular narrow-minded anti-Catholic ideology.”

“It saddens me to say but totalitarianism is alive and well in Alberta,” he said in a pastoral letter sent to LifeSiteNews prior to its release in parish bulletins this weekend.

“The Alberta Government ‘Guidelines’ issued on January 13th show no evidence of consultation with or sensitivity to the Catholic community. They breathe pure secularism,” he said.

“Such a totalitarian approach is not in accordance with the Supreme Court of Canada opinion (Loyola) delivered on March 19, 2015 and must be rejected,” he said.

“It saddens me to say but totalitarianism is alive and well in Alberta.” – Bishop Fred Henry

Using the language by which homosexual activists have gained access to practically every curriculum and classroom across North America, NDP Education Minister David Eggen said the new guidelines ensure the “safety” of transgendered students.

“The bottom line here is the equality and integrity of every student to feel safe and welcome and cared for in our schools across the province,” he told CBC News.

The 21-page guideline document states that best practices are based on the principle that “Self-identification is the sole measure of an individual’s sexual orientation, gender identity or gender expression.”

The guidelines set forth 12 “best practices” principles that seem to be ordered towards blurring and even erasing the biological differences between males and females. Some of these include that dress codes must respect the individuals preferred “gender identity and gender expression,” that gender-segregated activities must be “reduce[d]…to the greatest extent possible,” and that transgender individuals must have access to the team, washroom, and change room of their choosing.

The guidelines state that schools are expected to provide “safe access to washroom and change-room facilities” to gender-nonconforming students. In other words, young female students would be expected to share not only the washroom but also changing rooms with an older boy who identifies himself as a ‘girl,’ and vice versa.

“Students with diverse sexual orientations, gender identities and gender expressions have a right to accommodation when it comes to the use of washroom and change room facilities that are congruent with their gender identity,” the document states.

The guidelines also state that best practices includes schools accommodating students who object to sharing a washroom or change room with gender-nonconforming student.

The document encourages boards to use a  “comprehensive whole-school approach” to ensuring what it calls “healthy relationships” within schools.

The Alberta government is giving school boards across the province until the end of March to have policies in place that reflect the guidelines. Putting forward the guidelines and setting a deadline for schools to adapt to the guidelines was necessary to “spur social change,” Eggen said.

“Together, we can be able to spur social change in a positive manner and build greater understanding and acceptance for all people. This is a positive development that can lead to some remarkable outcomes,” he told CBC News.

The province’s transgender activists are calling the guidelines “fantastic” and a “big step forward.”

The NDP guidelines are in stark contrast to those on the same matter overseen and promoted by Edmonton Catholic Archbishop Richard Smith.

The Catholic Archdiocese’s recommendations for forming transgender school policy caused outrage from local LGBTQ activists a few months ago for correctly stating Catholic teaching on so-called “gender transition,” calling it “contrary to the teachings of the Catholic Church.”

“The Catholic Church teaches that the body and soul are so united that one's gender identity is rooted in one's biological identity as male and female. In Catholic teaching, one’s sexual identity is considered ‘a reality deeply inscribed in man and woman,’” the Archdiocese’s guidelines state.

The recommendations, developed by the Archdiocese via the Council of Catholic School Superintendents of Alberta, makes it clear that students who experience what it calls “gender dysphoria” may need “support and guidance” and that any educator “approached with a request for accommodation must respond with sensitivity, respect, mercy, and compassion.”

The recommendations allow for Catholic school boards to accommodate transgendered students, while, at the same time, not affording any special rights to any particular group.

Instead of allowing children of the opposite biological sex to mix in bathrooms and change rooms, the Archdiocese’s guidelines would have schools “designate gender neutral single stall washrooms available for all students as a washroom and change room.”

Bishop Henry said in his pastoral letter that Catholic schools are “committed to supporting inclusive communities that teach care and compassion for every person, regardless of age, race, sex, gender or sexual orientation, and require that every person be treated with dignity and respect.”

“GSAs and QSAs are highly politicized ideological clubs which seek to cure society of ‘homophobia’ and ‘heterosexism.’…The view of sexuality that they espouse is not Catholic,” – Bishop Fred Henry

“Our teaching is rather simple and direct. God created beings as male and female. In doing so, he gave equal dignity to both man and woman. In his plan, men and women should respect and accept their sexual identity. God created both the body and sex as good. Hence, we do not approach sexuality with fear or with hostility to the flesh. It is a gift of God by which men and women participate in his saving plan and respond to his call to grow in holiness,” he said.

Bishop Henry warned Catholic parents not to be naive about the push activists are making for the full acceptance of the LGBTQ agenda in schools.

“GSAs and QSAs are highly politicized ideological clubs which seek to cure society of ‘homophobia’ and ‘heterosexism,’ and which accept the idea that all forms of consensual sexual expression are legitimate. The view of sexuality that they espouse is not Catholic,” he warned.

A spokesperson from the office of Edmonton Archbishop Richard Smith told LifeSiteNews that the Alberta Catholic School Trustees Association is reviewing the government guidelines and will present their findings to the Archbishop prior to his making any comment.