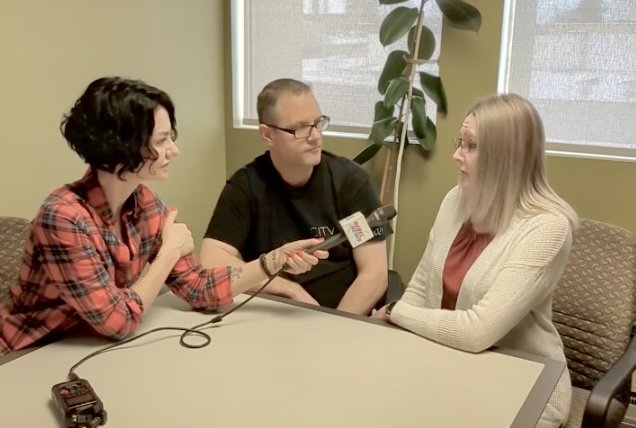 EDMONTON, Alberta (LifeSiteNews) — A Christian church in Edmonton is headed to court for refusing to allow COVID inspectors into the building during worship services.

In yet another instance of Alberta levying COVID-related charges at a Christian pastor, the trial for Pastor Tracy Fortin and Church of the Vine in Edmonton was set to begin Tuesday. Fortin and her church are facing thousands of dollars in fines related to “obstruction” charges for allegedly refusing to allow the government’s COVID inspectors into the church during worship services on three separate occasions.

According to a Rebel News report, while the charges are not criminal charges but “regulatory” offences, they still come with “escalating fines” of up to $100,000 per fine for Fortin and up to $500,000 per fine for the church as an entity.

Fortin herself has said that the issue was the government workers attempting to enter the building during the worship service itself, and while her church did its best to follow the public health guidelines, a line had to be drawn when it came to policing its own congregants by “checking for identification, or QR codes, or taking names, or checking vaccine status at the door,” to which she said “absolutely not, never.”

James Kitchen, Fortin’s lawyer, crowdfunded through Rebel News’ “Fight the Fines” effort, explained that that the specific charges are three counts of “denial of entry to an AHS (Alberta Health Services) officer.”

According to Kitchen, even if the Crown can prove “beyond a reasonable doubt” that Fortin did “obstruct” the officers, he plans to argue that because the obstruction would have only taken place due to the fact that the attempted entry was made during an active worship service, the protections to freedom of religion, assembly, and association, afforded under the Canadian Charter of Rights and Freedoms, should “nonetheless” result in the charges being “thrown out.”

Kitchen did state that while he hopes to make a case on Charter grounds, the “Crown has alleged that those [Charter] arguments themselves are so weak that I shouldn’t even have the opportunity to argue them,” which means he will have to make a case before the judge that such arguments should be permitted.

“I am fairly confident we are going to win on that [and get permission to make Charter arguments],” Kitchen said.

“The law is pretty clear, if the judge is really following the law, I really do think he’s going to permit the Charter argument to go forward,” the lawyer added.

Fortin and Church of the Vine are one of multiple churches and pastors that seem to have been singled out for COVID-related “violations” by Premier Jason Kenney’s United Conservative government.

Last May, Albertan pastor James Coates was jailed for over a month for defying COVID-19 lockdown rules in the province, with his lawyer suggesting that the impetus for his arrest was due to a sermon he gave that was critical of the government.

Yet another Albertan pastor, Artur Pawlowski, has been arrested five times for COVID-related violations and now faces criminal charges.

Pawlowski was initially denied bail after his fifth arrest when a provincial judge ruled that he was a threat to “public safety,” despite his alleged “crimes” being completely non-violent in nature.