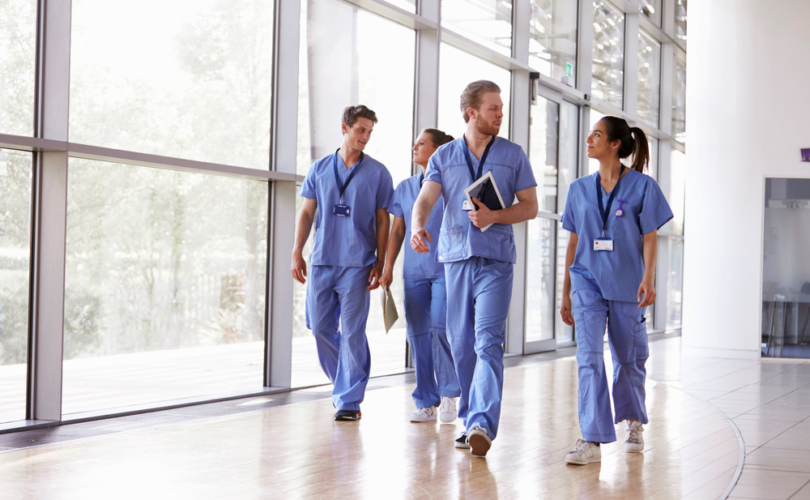 “Alberta joins other provinces such as Manitoba and Quebec in lifting vaccination or testing mandates for workers,” the government said in a press release Tuesday.

Alberta Health Services (AHS) said that starting at 4 p.m. March 10, it will at the direction of Alberta Health Minister Jason Copping to “amend the organization’s Immunization of Workers for COVID-19 Policy.”

According to Copping, the AHS immunization policy was “implemented to protect patients, workers and the public earlier in the pandemic.”

“However, we are now in a different stage of our response and the overwhelming majority of our health-care workforce understands the importance of getting vaccinated. We need to make sure that every health-care worker who is available to work, can, which is why we are lifting this mandate.”

A report from last week hinted that such a policy change would soon be coming from the AHS.

The AHS noted that current workers who are “unvaccinated,” which include doctors, nurses, and lab technicians who were placed “on leave” for refusing the jabs, can “return to work after March 10 at 4 p.m.”

“A return to work will be worked out between workers and their workplace leaders.”

Despite lifting the jab mandate, the AHS said that it will “educate” those who remain vaccine free “about the importance of immunization and vaccine safety and effectiveness.”

It remains unclear if the dropped jab mandate will apply to new employees, however, as a report from last week suggests that all new hires would need the shots as a condition of employment.

Last year, AHS mandated that all of its workers be “fully vaccinated” with the COVID shots by November 30, with the order taking effect on December 13. The mandate impacted thousands of doctors, nurses, and other healthcare workers, including those contracted. Many quit their jobs, and others went on leave.

A large group of Alberta healthcare workers spoke out against the COVID jab mandates.

Alberta physician Dr. Chris Gordillo was one of the doctors who led the charge in opposing the policy. He said last year that he saw “many people injured by vaccines,” and that COVID jab mandates are a form of “tyranny.”

Gordillo told LifeSiteNews recently that dropping the mandate “definitely needs to be done.”

He added that AHS’s statistics show “more COVID in the vaccinated,” noting that the data itself is “skewed as they don’t include a shot if COVID is diagnosed within two weeks of the shot, which is a sizable amount.”

The Alberta group Health Professionals United, of which Gordillo is a part, includes 200 doctors and more than 1,000 nurses. The group was formed last fall to fight government COVID-19 injection mandates and to raise the alarm over adverse injection reactions witnessed firsthand.

No doubt due to public support of the Freedom Convoy who fought for an end to all COVID mandates, Alberta Premier Jason Kenney dropped a provincial mask mandate at the start of the month after earlier removing the province’s vaccine passport on February 8.

Kenney has admitted the vaccine passport system was effective in coercing people to take the abortion-tainted experimental jab.

Despite the mandates being lifted, Calgary Christian pastor Artur Pawlowski is still behind bars after being denied bail.

Canada-wide COVID restrictions evolved from the March 2020 “stay at home” orders and the shutting down of businesses, churches, and restaurants to eight-hour-a-day mask mandates for toddlers in daycare, forced vaccinations to remain employed or receive lifesaving kidney transplants, and segregation based on mRNA jab status.