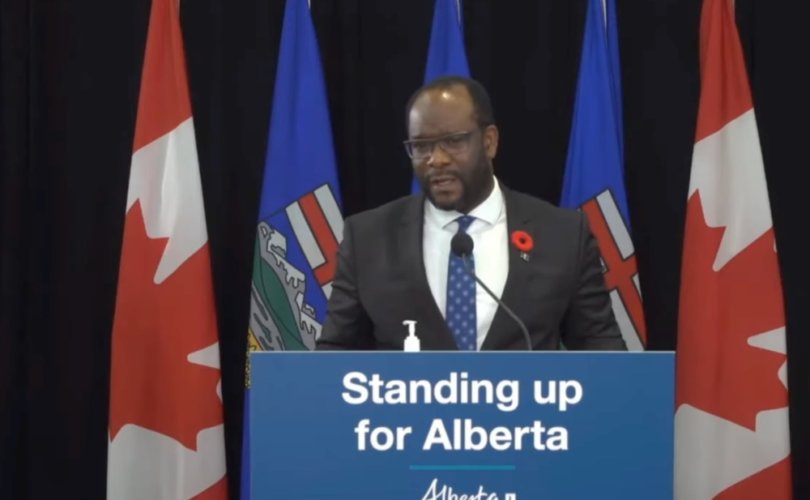 EDMONTON, Alberta (LifeSiteNews) – A Canadian provincial cabinet minister has admitted COVID mandates and lockdowns were never about science but rather “political control and power,” and thanked those who fought the “tyrannical” rules.

“It never was about science but about political control and power,” tweeted Alberta’s minister of labour and immigration Kaycee Madu on Tuesday.

Madu serves as Edmonton’s only United Conservative Party of Canada (UCP) MLA. His apparent change of heart on Twitter also thanked people who opposed COVID mandates for standing up to tyranny.

“Thanks to all those citizens, freedom convoys, who had the courage to mobilize against these tyrannical policies,” wrote Madu.

“They endured a lot hate, name calling, suffered and vilified on behalf of all of us. I thank them!”

Madu’s rather blunt and open comments regarding COVID mandates were made in light of reports that Canada’s travel ArriveCAN app is due to become “optional” at the end of the month along with other travel COVID mandates.

During COVID, Madu served as Minister of Justice for Alberta before being placed on leave earlier in the year, amid accusations he used his position to avoid a driving ticket.

He was later given the role of labour and immigration minister by Alberta Premier Jason Kenney.

While the Minister of Justice, no less than three Alberta pastors were jailed for breaking COVID rules.

— Article continues below Petition —
PETITION: Demand the Conservative Party apologize for not resisting Trudeau's COVID regime
Show Petition Text
3849 have signed the petition.
Let's get to 4000!
Thank you for signing this petition!
Add your signature:
Show Petition Text

Also, Madu last year in May said on his Facebook page that more strict public health measures were needed in Alberta, or Albertans would be left in “field and makeshift hospitals, gasping for breath because we have (run) out of ventilators, manpower etc.”

His recent anti-lockdown comments also come only shortly after he publicly put his support behind Danielle Smith for Premier of Alberta.

Smith is running to be the leader of the UCP. A recent poll shows she is in the top spot to replace outgoing Kenney.

The UCP is set to elect its new leader on October 6 after Kenney announced earlier this year that he would step down. Kenney faces poor ratings following his imposition of vaccine mandates and lengthy lockdowns during the COVID-19 so-called pandemic.

However, Smith has a poor track record when it comes to social issues and is not known so much as a Conservative-minded politician, but rather as a libertarian.

Many Albertans have been left with a feeling of betrayal by Kenney over his handling of the province during the COVID crisis.

In fact, in January of this year, the Alberta government was forced to admit that it had overstated COVID hospitalizations attributed to the Omicron variant by 60 percent.