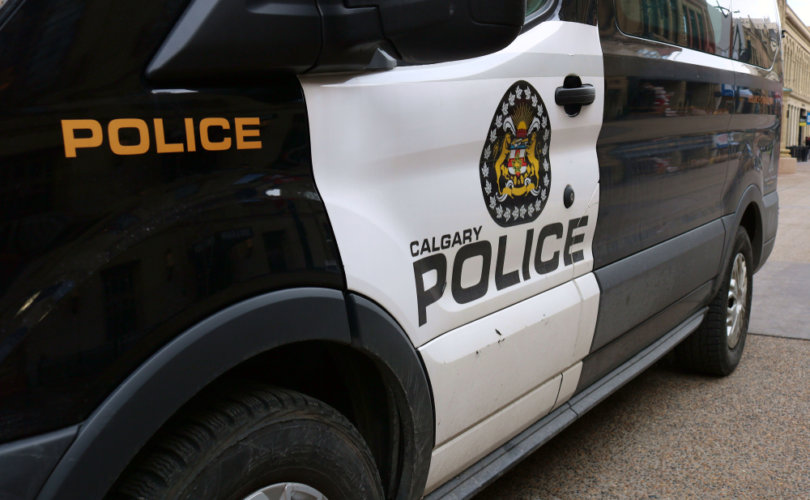 EDMONTON, Alberta, May 12, 2020 (LifeSiteNews) – In what may be a serious breach of privacy and patient confidentiality, the Health Minister of one of Canada’s largest provinces has utilized new coronavirus related powers to authorize health workers to give police confidential patient medical information.

Last week, the Alberta Minister of Health Tyler Shandro, announced via Twitter that Alberta Health Services (AHS) would be allowed to “provide information to police, confirming whether or not an individual has tested positive for COVID-19.″

Ministerial Order (MO) 632/2020 was signed on May 4 and was issued under new powers gained by Alberta government ministers under Bill 10, the Alberta Public Health (Emergency Powers) Amendment Act, 2020.

The Alberta-based Justice Centre for Constitutional Freedoms (JCCF) announced on May 1 that it will be legally challenging the Alberta government over the constitutionality of Bill 10.

They had warned earlier that Bill 10 gives Alberta government ministers too much power saying, “A cabinet minister can now decide unilaterally, without consultation, to impose additional laws on the citizens of Alberta, if she or he is personally of the view that doing so is in the public interest.”

MO 632/2020 adds a section to the Alberta Public Health Act as amended by Bill 10 allowing AHS the ability to disclose to law enforcement whether a person whom police have encountered has the coronavirus.

“Information obtained by the Chief Medical Officer may be disclosed by the Chief Medical Officer to any police service, as defined in with the Police Act, to enable a police officer who has come into contact with the bodily fluids of an individual claiming to have COVID-19 to comply with Record of Decision – CMOH Order 05-2020 (or quarantine orders).”

Minister Shandro says that (MO) 632/2020, which is in force for 90 days, was needed as a way to help police officers and enforcement agencies find out whether or not a person who has spit or coughed on officers claiming to have COVID-19, does indeed have it.

Last Thursday, the JCCF released a message challenging the Alberta government under Premier Jason Kenney and Minister Shandro over the “use of new Bill 10 powers” in (MO) 632/2020. The JCCF says that it violates the confidentiality of patient medical information, even though it is tailored for law enforcement use only. The JCCF is considering additional legal action as a result of this new addition.

In April, a form letter circulating from the Kenney government as a means to clarify “concerns” about Bill 10 downplayed the JCCF claim that Bill 10 can be used to create new laws with no oversight.

However, the JCCF says that the new (MO) 632/2020 allowing police access to sensitive patient medical information “does precisely that.”

“Minister Shandro’s new law is broad, and has all the markings of an unconstitutional intrusion on the lives and personal information of Albertans, and in our view constitutes an unjustified infringement of the right to be secure against unreasonable search or seizure as protected by section 8 of the Canadian Charter of Rights and Freedoms.”

Cameron told LifeSiteNews two weeks ago about his concerns regarding Bill 10. Kenney recently said he hopes to revise the “concerning” parts of Bill 10, but has not yet done so.

The JCCF says that the newly added provision to Bill 10 is “poorly worded” and is “drafted broadly enough” so that it could “allow for the blanket release to police of the names of all Albertans who have tested positive for COVID-19, and perhaps even the medical records of those who have not.”

“Minister Shandro’s new law contains no safeguards outlining the use, storage, and retention of the personal data by police. It is unclear why the names of people who once tested positive for the virus and have recovered should be conveyed to police, or how long this information will remain in the police’s possession,” says the JCCF news release.

“There are no limitations on how the police may use this private and personal information. There is no clause that mandates that the information will be destroyed at a later date. Providing the personal information of patients to police so that it can be accessed at the police’s discretion is in effect a warrantless search without judicial checks and balances, and an alarming breach of privacy rights.”

(MO) 632/2020 was praised by the Chief of Police Dale McFee for the City of Edmonton, who told Global News last Thursday that the law is needed to help front line workers.

“We have unfortunately had a few incidents where our officers have been intentionally spit or coughed on by individuals claiming they have COVID-19, so the ability to verify whether someone has tested positive will also help us quickly determine whether officers in this situation are required to isolate immediately,” said McFee to Global News.

“We take confidentiality seriously, but we will not tolerate our front-line workers being put at risk in this way as they work to keep the rest of us in this province safe.”

Alberta has seen protestors gather at the legislature on a few occasions to voice their opposition to the lockdown measures.

Last week, an Edmonton man was fined $1200 while attending a peaceful rally at the Alberta Legislature expressing his concerns about the coronavirus.

Video of the event shows sheriffs forcibly grabbed Mr. Lefebvre by his arms and then detaining him for about 30 minutes. Mr. Lefebvre is now challenging the fine with the help of the JCCF.

On May 10, police arrested Cody Haller during a peaceful protest and dragged him out of the Alberta legislature grounds. Video shows Haller asking police: “Am I being arrested? Am I being detained? What did I breach?” Police ticketed him for “contravening order of medical health officer of health,” reported CTV news.

One day later, Premier Jason Kenney issued a statement about peaceful protests during the COVID-19 pandemic.

“The right to peaceful protest is a fundamental right that includes both the freedoms of speech and assembly. We understand that a number of peaceful protests have occurred outside the legislature since a public health emergency was invoked, where protestors observed physical distancing guidelines largely without incident. Yesterday was the first time an arrest occurred,” Kenney stated.

“Elected leaders do not direct operational decisions of law enforcement officials. We are inquiring why an arrest occurred yesterday, but not at previous protests. If we are not satisfied with the explanation, the government will modify public health orders to clarify that it is acceptable for individuals who are respecting physical distancing guidelines to be present in outdoor public venues, including for the purpose of protesting,” he continued.

Alberta was the first Canadian province to launch a coronavirus contact tracing application which since launching a week ago, has been downloaded more than 120,000 times.

Cameron told LifeSiteNews that they are closely keeping an eye on government-issued contact tracing apps.