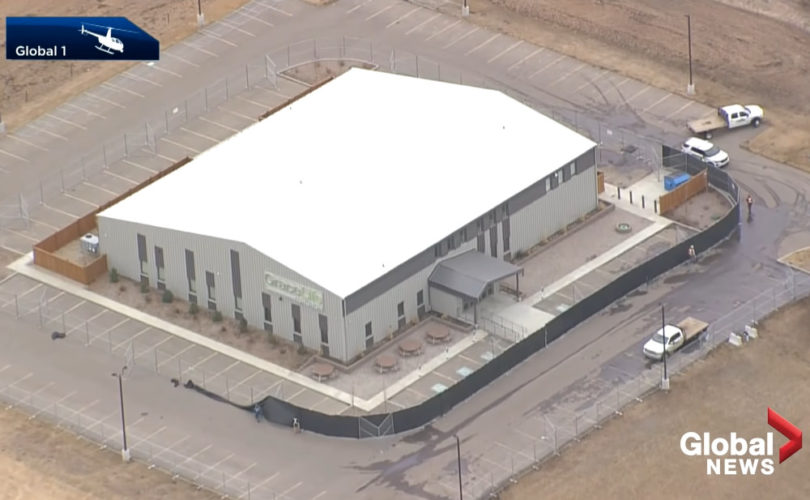 EDMONTON, Alberta, April 12, 2021 (LifeSiteNews) — A Canadian provincial politician has said that it was under the direct order of Alberta’s Health Minister that a church was raided and fenced off because its pastor refused to comply with COVID regulations.

According to a report in the Western Standard, Alberta Health Minister Tyler Shandro “directly” approved of the early morning raid and barricading of Grace Life Church in Spruce Grove, Alberta, on April 7.

“Shandro directly signed off on the raid,” said the unnamed United Conservative Party (UCP) MLA as reported by the Western Standard Saturday. The MLA spoke to the publication “on condition of anonymity.”

Canadian police constructed a barricade around Grace Life last week. The church had until that point stayed open despite a local health order mandating its closure. Its pastor, James Coates, had refused to comply with COVID regulations. Grace Life members met this past Sunday in an undisclosed location, while protesters were on sight at the barricaded church property.

According to the Western Standard, the unnamed UCP MLA said that public discontent has shaken the confidence of the Alberta government under UCP Premier Jason Kenney.

However, a government spokesperson said Shandro “did not direct or sign off this action.”

“The law gives AHS independent authority to carry out such an action. The Minister is not required to sign off on enforcement activity such as seen at GraceLife, nor did he sign off,” said the Alberta government spokesperson as reported by the Western Standard.

Last week in an unprecedented political move, 17 UCP MLAs blasted Kenney for taking the province back into a severe lockdown.

One of those who signed the letter is UCP MLA for Medicine Hat Drew Barnes. He recently spoke with LifeSiteNews, saying that it was a “mistake” for governments to not list religious practice as “essential” when locking the population down with COVID health orders.

Since the jailing and subsequent release of Coates, Kenney and his UCP government have come under increased fire from many who oppose lockdowns, including Barnes.

With a population of more than 4.3 million, Alberta has recorded roughly 160,000 positive tests for COVID-19. However, just over 2,000 cases resulted in death.

Independent MP Derek Sloan launched a petition calling for the immediate opening of Grace Life, which as of today has over 8,000 signatures.