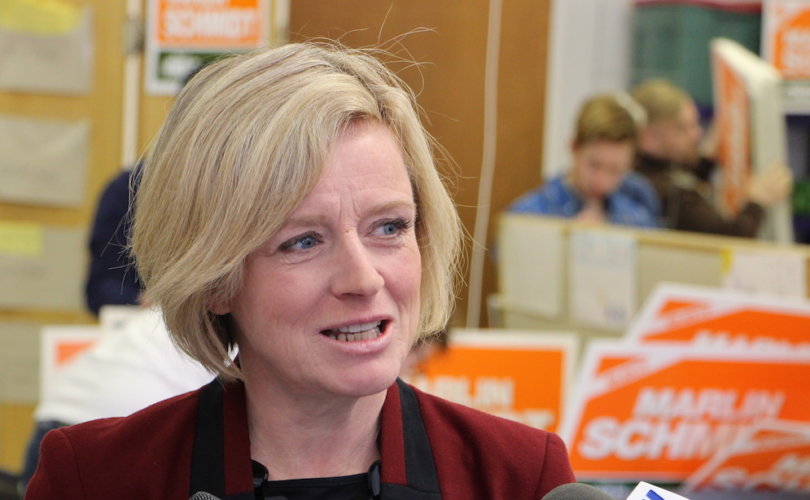 DERWENT, Alberta, October 26, 2016 (LifeSiteNews) — Alberta’s largest Christian home-schooling association has been effectively shut down by the province’s NDP government after it found what Education Minister David Eggen called a “fail[ure] to demonstrate accountability of funding received from the government of Alberta.”

But the association is denying wrongdoing.

“WISDOM/Trinity has been shut down by AB Education. They announced this with a press release filled with partial truths amounting to calumny,” the association stated in a press release on Tuesday.

An audit by the ministry found what it claimed to be various spending irregularities of taxpayer dollars. In Alberta, each home-schooled child under the wing of a private school such as WISDOM/Trinity is allotted $1,670 of taxpayer funds to cover learning expenses such as curriculum.

The audit claimed to find that money that should have been spent on educating students was used to fund inappropriate expenses such as babysitting, funeral expenses, and double-dipping of mileage.

The audit also claimed that the WISDOM association, which is not named as a grant recipient but which supports the home-schooled students attached to Trinity school, had retained $988,000 in “unclaimed parent funding” for the last three years.

The report recommended the following: “Based on the findings described in this report, the Deputy Minister cancel [WISDOM/]Trinity's accreditation and registration commencing immediately due to concerns over its ability to supervise the home education program, the management of finances, and failures to comply with the Home Education Regulation and Education Grants Regulation.”

Eggen has been at open war with alternative education options in Alberta, including private schools, for their refusal to adopt the government’s “anti-bullying” policies that single out sexual minorities for protection by giving them free access to washrooms and change rooms of their choice.

In September, Eggen went as far as publicly stating that he would be willing to strip two Christian schools of their public funding if they would not abandon their Christian principles and allow clubs promoting homosexuality and/or transgender students in washrooms of the opposite sex.

Eggen told reporters on Tuesday at the legislature that “[WISDOM/]Trinity has failed to demonstrate accountability of funding received from the government of Alberta,” adding that the “scale of this is quite unique, I think.”

The WISDOM/Trinity home-schooling operations oversee 3,491 home education students registered for the 2016-17 school year as well as 13 regular students in a classroom setting.

The association was founded in 1995 by a home-educating couple for the purpose of administering traditional home-schooling in the province so as to give parents utmost control over what is taught to their children, as well as how and when it is taught.

“As a result of the founders' promise to uphold parents as primary educators, all decisions and policies are developed with the intent of supporting parents as they educate their children,” the association’s website states.

WISDOM home-schooling has issued on its website a rebuttal to the claims of misspending. They state:

Response: WISDOM has been Trinity’s home education administration for 21 years.  In fact, in 1997 AB Education mandated the establishment of WISDOM Home Schooling Society. Through its WISDOM office, Trinity has administrated home-schooling in an exemplary manner.

Alberta Education will be providing the findings of its review to both Canada Revenue Agency and the RCMP so those agencies can determine whether further investigation is warranted….

Response: There has been a transparent financial audit of Trinity/WISDOM every year, and AB Education has conducted many additional audits. Every income and expense is meticulously recorded and accounted for.

The review also uncovered that WISDOM – which is not the grant recipient – had retained $988,000 in unclaimed parent funding over the past three years.

Response: AB Education mandates that unclaimed funding stay with the school. Since WISDOM is Trinity’s home education administration, it is logical that WISDOM retained unspent funds and used them on home education programming.

Response: AB Education has arbitrarily determined that the work of WISDOM is not the work of Trinity. All allegations are based upon this false assumption.

The education minister told reporters that parents connected to WISDOM/Trinity have been contacted and asked to make arrangements for their children’s education. He also said the province has notified the Canada Revenue Agency and the RCMP and asked them to determine whether the home-schooling association should face further investigation.

Parent uprising forces Alberta NDP to back off sabotage of parental rights motion
Alberta NDP gvmt on homeschooling: ‘We will be assessing how to move forward’