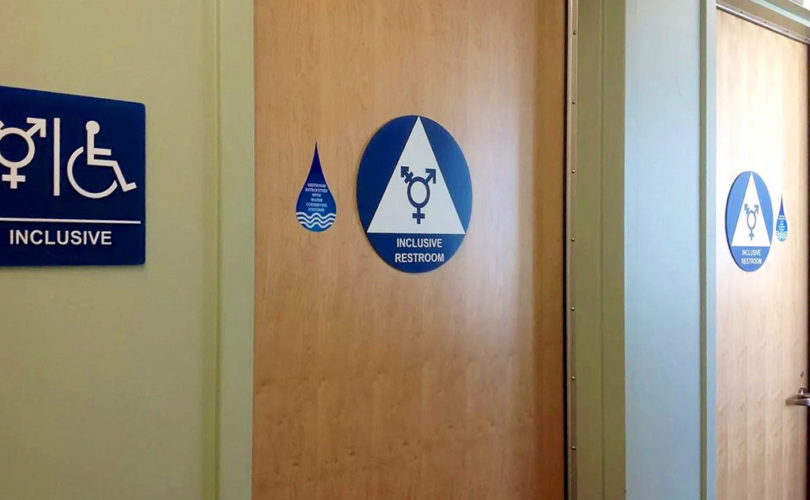 EDMONTON, Alberta, March 30, 2016 (LifeSiteNews) – A group of parents fighting the Alberta government’s attempt to force transgenderism on the province’s schools is calling on all parents to “mobilize” at a rally for parental rights on May 14 at the legislature grounds in Edmonton.

In a recent call to action that is only one of a flurry of bulletins from the three-year-old organization, Parents for Choice in Education urged Alberta’s parents to “mobilize your network…phone, email, Facebook or tweet, and tell them, ‘I just called my MLA to say ‘no’ to removing my parental rights from my children’s education,’ and ask them to do the same.”

A mother of three who identified herself only as M.H. Wiebe went one step further by posting a rap song on Youtube titled “Gender Bender.”  Wiebe raps: “This is just a fender-bender all over sex and gender, can we pick another issue than to change our bathrooms for a few…I am a concerned mother of three — keep male and female washrooms where our children can pee.” Wiebe’s video has been pilloried by leftist media accusing her of “transphobia,” pushing its view total to nearly 85,000.

At issue is Bill 10, a measure passed by the Progressive Conservative government before last year’s election, and the guidelines since issued by the New Democratic government which replaced it.

“This is being pushed by a group who mean well, but are so single-minded they cannot fathom why anyone could think differently,” says PCE board member JoJo Ruba. “So they call anyone who disagrees nasty names.”

Ruba thinks proponents of gay-straight alliances and “gender fluidity” in the province’s schools sincerely think this is the best way to defeat bullying. “But I have challenged them to come up with a single example from a public or private school of any bullying that isn’t already prohibited by law or regulation.”

But Bill 10 and Alberta Education’s new gender guidelines require schools to establish gay-straight alliances upon request of students, and to accept and affirm both students who “come out” as homosexuals and who declare their “gender” to be other than their biological sex—without telling their parents. They eliminate “gendered” sports teams, activities and even pronouns, and call for the terms “mother” and “father” to be removed from school paperwork.

Donna Trimble, PCE’s executive director, declares, “It is beyond comprehension to most parents how they could think that a child in deep psychological distress of any kind, let alone gender confusion, would be better off dealing with it in isolation from their parents and family.” Trimble said that if the government would back down on this one requirement the issue would go away for most.

This, insists a PCE manifesto called the Bill 10 Fact Sheet, is contrary to international treaties and the United Nations Universal Declaration of Human Rights which affirm the “prior right” of parents to “choose the kind of education to be given their children.”

The recent Supreme Court of Canada decision in the Quebec v. Loyola College case also recognized the parents’ rights to “determine the culture, character and learning environment” of their children’s schools.

That case, according to John Carpay of the Calgary-based Justice Centre for Constitutional Freedoms, provides a strong basis for parents to oppose both Bill 10 and the gender guidelines because the Court declared that parents had the right to teach their children their religious beliefs without the interference  of the Quebec government’s own secular courses on values and religion.

Ruba says the “prior right” of parents includes the right to organize schools along denominational lines to reflect the parents’ moral views. “The Calgary Pride Parade insists that people who march in it must subscribe to their values. That’s perfectly acceptable to us as long as it’s acceptable that anyone who attends a Christian school or a Catholic school or a Muslim school—and their parents—accept the values of the school.”

While Parents for Choice in Education is secular, much of its support comes from Christian private school supporters, who expect, like Ruba, that “what is in the public schools today will inevitably be pushed in private schools.”

Parents also object that GSAs will not merely protect participants who feel bullied. “GSAs promote homosexuality,” warned Ruba. “And the Gender Guidelines call on teachers and schools to accept a student’s gender identity without informing the parents. We think this is something that should be up to parents, not schools. With Bill 10 and these guidelines, the only values permissible to promote in schools will be those of atheism.”

PCE is calling on every concerned parent to contact his or her MLA and school trustee and provides help in reaching them. It also wants them to get all their friends involved too.

Already, only a few weeks after release of the guidelines, 12,000 signatures have been gathered calling for changes to Bill 10 and the guidelines. In two public school districts successful plebiscites have been mounted requiring parental advisory committees be created. And in Calgary, the strong and long-established Chinese community has woken up to the issue and is planning its own rally on May 14. It is reaching out to other ethnic communities to join it, paralleling the growth of opposition to the Ontario government’s sex education curriculum.

The case for the guidelines is being championed by university sexuality experts who cite statistics showing more than a third of street youth are LGBT, presumably kicked out there homes by unsympathetic parents. Trimble calls that research “shallow” and argues that the majority of parents should not be isolated from their children by secretive school officials because of a minority of parents.

Under the new guidelines, complains Trimble, once a child self-identifies as transgendered, “the discussion is supposed to stop. The school has to accept it. But you can bet that if the parents were informed, the discussion would just be beginning. They would ask, ‘When did you start thinking this? What has happened in your life? Who have you been talking to?”

The Catholic school trustees are also opposed to the measures and have the firm backing of the province’s bishops, invoking not only UN declarations and the Quebec v. Loyola case but the legislation that created the Province of Alberta—and the Catholic schools along with it.

Calgary Bishop Fred Henry has warned the government that trying to get Catholic schools to disobey the bishops would be like coming between a mother bear and her cubs. Gender fluidity, he declared, “is simply not congruent with Catholic teaching on human sexuality.”

Ruba said efforts to activate the public have been hampered by news media that don’t understand the larger implication of gender fluidity.

“What would be taught in schools by these Gender Guidelines is that you are whatever gender you feel at the moment,” he told LifeSiteNews. “The implication  is that if a 50-year-old man says he believes himself to be a six-year-old girl, he should be allowed to attend kindergarten. An 18-year-old boy who identifies himself as a girl should play on the girls’ hockey team.We think the parents are the ones who decide whether their children will be taught whether reality depends on feelings or facts,” Ruba said.

Carpay has delivered five talks to parents’ groups on their rights and duties. “I tell them that just because they have a good legal case doesn’t mean they can abdicate their duty as citizens to fight an unjust law. And that is what you have when the government seeks to indoctrinate children of religious parents with a secular ideology.”

The government has given school boards until March 31 to report on how they plan to meet the gender guidelines. “I know several Christian schools will be reporting that they cannot do it without violating their values,” Carpay told LifeSiteNews. The Catholic schools will be telling the government the same thing less directly, he added. And while the government has admitted belatedly that the guidelines are not mandatory, “the education minister has made it clear he would be putting pressure on schools that do not comply.”

Updated with comments by Donna Trimble, executive director of Parents for Choice in Education.