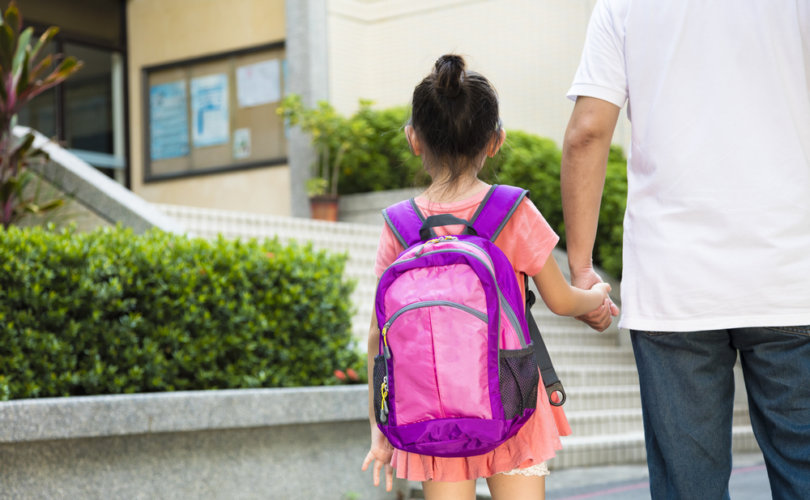 EDMONTON, Alberta, November 15, 2017 (LifeSiteNews) — A bill banning schools from telling parents when their child joins a “gay-straight alliance” without the child’s consent, regardless of the age of the child, passed in Alberta’s legislature this morning.

The NDP government’s Bill 24 or “An Act to Support Gay-Straight Alliances” sailed through by a vote of 42-23 on third reading after three days of sometimes impassioned debate, reported the Edmonton Journal.

Although given a free vote, opposition United Conservtive Party (UCP) MLAs all voted against the bill, it reported.

All UCPs suggested amendments to the bill were rejected by the NDP majority.

The Justice Center for Constitutional Freedoms announced yesterday that it will challenge the bill in court on behalf of several parents, independent schools and other stakeholders, whose identity will be revealed when the JCCF files legal documents in early 2018.

As well as banning schools from notifying parents when their child joins a GSA unless the child gives consent, Bill 24 mandates that independent religious schools, including Catholic schools, allow GSAs if a student asks for one.

Newly elected UCP leader Jason Kenney, who has yet to gain a seat in the legislature, denounced Bill 24 last week as unprecedented government overreach.

He also criticized the NDP for using the legislation to allow schools to teach sensitive subjects without notifying parents.

The UCP supported the status quo before Bill 24 became law, which allowed schools and principals to use discretion when it came divulging a student’s participation in a GSA.

Bill 24 makes it “illegal to engage parents about certain school activities for children beginning in kindergarten, regardless of their individual circumstances,” Kenney noted.

“We believe that parents should continue to have the right to be informed of educational programs or materials that deal with human sexuality,” he said.

“We believe that it is wrong to treat young elementary school children the same way as teenagers in high school on sensitive matters.”

The UCP supports GSAs and does not support mandatory notification of parents of their child’s membership in a GSA, he added.

The Justice Center for Constitutional Freedoms issued a legal analysis of the bill asserting it violated the Charter rights of parents and independent schools.

GSAs are “political clubs which promote progressive, secular and libertine beliefs and attitudes about human sexuality,” an “ideology” that is “contrary to the teachings of Islam, Christianity, Orthodox Judaism and other religions,” JCCF said in its legal brief.

Bill 24 compels independent religious schools “to adopt policy positions in support of the government’s preferred LGBTQ ideology,” and is evidence of the NDP’s “intention to control and change the religious character of independent schools,” its press release said.

MLAs who voted for Bill 24