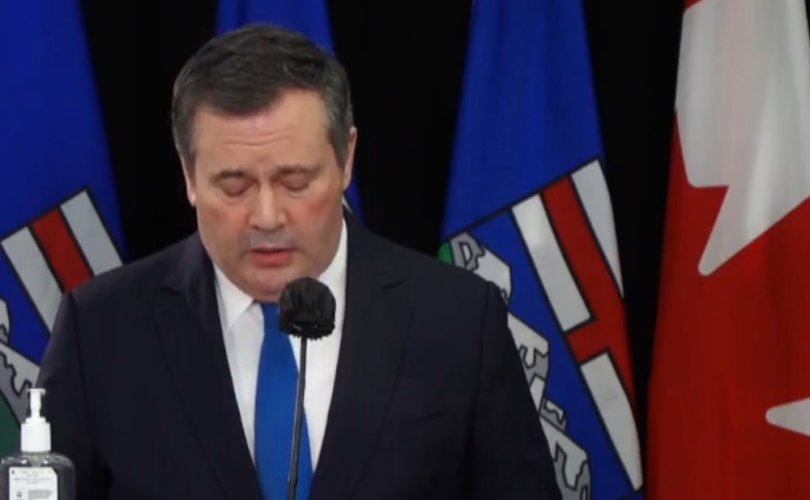 CALGARY, Alberta (LifeSiteNews) — Alberta Premier Jason Kenney and Alberta Chief Medical Officer Deena Hinshaw have both admitted that numbers released to the public about ICU capacity and COVID hospitalizations have been off by as much as 60 percent.

In a Facebook video streamed live on Tuesday, Kenney revealed that a significant number of COVID-labeled hospitalizations in Alberta hospitals were incidental cases — meaning they were hospitalized for another reason, but tested positive by routine testing and were not sick with COVID.

During a Facebook live video on Tuesday, Premier Jason Kenney revealed that a significant number of covid cases in Alberta’s hospitals are cases where covid is not the primary reason for hospitalization. #abpoli #cdnpoli pic.twitter.com/dRKnZutFwP

Kenney explained that a distinction had to be made between people who “had been admitted to hospital where the primary diagnosis and sickness of concern is COVID-19, versus … people who had been admitted for other maladies,” and then were diagnosed through routine testing.

According to Kenney, that means 60 percent of patients listed as in hospital for an omicron infection are not there because they came in sick with COVID, and that the ICU numbers follow the same logic with over 20 per cent of the listed hospitalizations being incidental.

This corresponds with trends seen across Canada, where provincial health authorities have pivoted and begun releasing more detailed data regarding hospitalizations.

A similar admission by Ontario politicians and health officials saw the actual rate of COVID specific hospitalizations in the province drop by almost 50 percent due to the acknowledgement of incidental cases.

Not only did the Premier of Alberta admit to misleading COVID statistics, but Alberta Chief Health Officer Deena Hinshaw admitted that Alberta Health Services (AHS) had released information to the public throughout the COVID crisis that reported non-ICU patients as ICU patients.

The Counter Signal reported Tuesday on the Monday press conference where Hinshaw said, “As we have been doing continual quality assurance work with our data, it was identified over time some units in some hospitals have shifted back and forth between being available for use as an ICU unit or a non-ICU unit.”

“In some of our historical data, patients admitted for COVID treatment were categorized as being in ICU when the unit they were on, in fact, had been changed back to a non-ICU unit at that time,” she continued.

“We fudged the numbers to increase vaccines and enforce lockdowns and now the truth is coming out in the data” pic.twitter.com/DdVJj0cBvr

In essence, patients were placed in a particular unit of the hospital that had been but was no longer an ICU ward. The incorrect ICU numbers were critical in justifying lockdowns in the province.