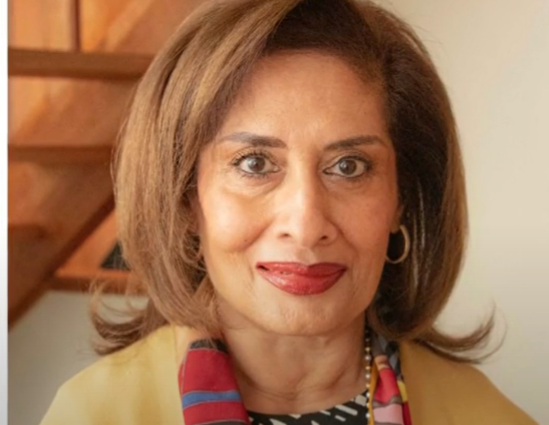 On Thursday, Lakhani told reporters regarding Smith’s Sovereignty Act idea that “we will get the appropriate advice that we need, as to whether we can sign whether it’s against our constitution.”

“This is where we keep checks and balances,” Lakhani told reporters.

Smith is currently considered the frontrunner in the race to lead Alberta’s governing United Conservative Party (UCP). The party is set to elect its new leader to replace Premier Jason Kenney in October, after he announced he would step down due to poor ratings.

She promised that if she becomes premier she will introduce the Alberta Sovereignty Act to deal with federal overreach, which she said will help make Alberta as independent from Ottawa as possible while staying in the Confederation.

Today, Smith released a statement condemning Lakhani’s comments as well as blasting Kenney for wading into the leadership race.

“Over the last 24 hours, Alberta’s outgoing Premier and Justin Trudeau’s federally appointed Lieutenant Governor, have both broken with constitutional convention and willfully inserted themselves into the leadership election to select the next Premier of Alberta,” Smith wrote.

“This is unprecedented and entirely inappropriate political interference in our democratic processes.”

Smith noted that the “Lieutenant Governor is an unelected figurehead, appointed by the Prime Minister, that plays a wholly ceremonial role in our system of Government.”

“She does not have authority to refuse assent to bills democratically passed in the Provincial Legislature.”

Smith then demanded that Lakhani “walk back her comments and fulfill her role appropriately.”

Their role, like the nation’s Governor General, is understood to be purely symbolic.

Smith also took aim at Kenney for continuing to wade into the leadership debate and suggested Trudeau could be behind Lakhani’s remarks.

“As for the outgoing Premier, never in our Province’s history has an outgoing leader of a Party so brazenly and inappropriately inserted himself into the election of his successor,” Smith wrote.

“I am also concerned that the Premier appears to be using the powers and resources of his office for political purposes and truly hope that neither he, nor Justin Trudeau, were involved with the remarks given by the Lieutenant Governor yesterday. Such influence would be inappropriate in the extreme.”

The Smith campaign has said that they would work in conjunction with the caucus to make sure the Sovereignty Act would be drafted in accordance with “sound constitutional language and principles.”

Lakhani was appointed as Alberta’s Lieutenant Governor by Prime Minister Justin Trudeau in 2020.

Documents from Elections Canada as reported by the Counter Signal show that she has donated over $27,000 to the Liberal Party of Canada.

For the Queen’s representatives in Canada to publicly make comments regarding provincial politics is nearly unheard of.

“The Alberta Sovereignty Act affirms the constitution by stating that we are going to govern ourselves in our own way in our areas of exclusive jurisdiction,” Smith said about the Sovereignty Act.

“After the events of the last several years it should be no surprise that Albertans are prepared to draw a hard line to push Ottawa back into its own domain and firmly out of ours. Sovereignty, at its heart, is simply the authority of a jurisdiction to govern itself,” Smith wrote.

News of Lakhani wading into the political spectrum was met with backlash from many UCP MLAs and independent media journalists.

“I am very disappointed in the fact that both our ‘interim’ Premier and highly respected Lt. Gov. have ostensibly weighed in on current party politics. The power and privilege of office, and the elevated voice that comes with it, carries great responsibility in my humble opinion,” Calgary MLA Richard Gotfried tweeted.

Keean Bexte of the Counter Signal tweeted, “The Queen must fire Salma Lakhani, the Trudeau-appointed Lt. Governor of Alberta. She has just told the state broadcaster that she will cast aside democratically passed legislation if it does not line up with her demands. FIRE HER.”

Some of Smith’s opponents in the running for UCP leadership were troubled by Lakhani’s words, but they also don’t agree with Smith’s idea of a Sovereignty Act.

UCP MLA and leadership contender Brian Jean tweeted, “I am extremely uncomfortable with the Lieutenant Governor getting political. That said, Danielle Smith’s lack of clarity on this issue is already causing a constitutional crisis. To end this controversy, Smith must produce the text of the Sovereignty Act before UCP members vote.”

Others accused Smith of trying to create a constitutional crisis.

“Today’s comments by the LG demonstrate the extraordinary legal and constitutional chaos that Danielle Smith’s proposals could unleash. At this point, one thing is crystal clear. Alberta does not need this. We need jobs, opportunity, and stability,” UCP MLA and leadership candidate Travis Toews tweeted.

She promised as leader that she would make it illegal for anyone to be fired because of their vaccine status.

In May, Kenney announced his intention to resign as UCP leader as soon as the party elects a new head. This came after he narrowly passed a confidence vote from party members, no doubt due to his track record of locking down Alberta hard.