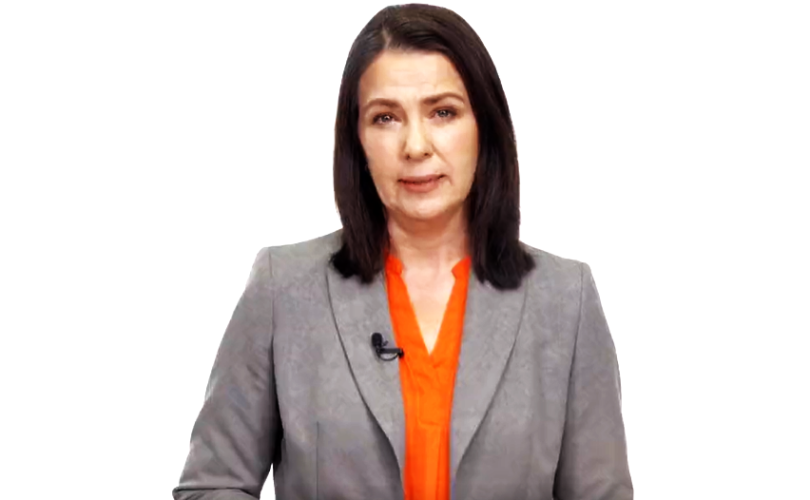 HIGH RIVER, Alberta (LifeSiteNews) – Former Alberta MLA turned talk show host Danielle Smith has pledged that should she win the leadership of the United Conservative Party of Alberta (UCP) and become Premier, there will “never” again be lockdowns, and people’s conscience rights would be protected by law.

Smith made the promise via a video she posted Tuesday on Twitter.

“What happened over the last two years … must never happen again,” Smith said.

“The right to express your opinion, travel freely, make an honest living and to be treated as equals are at the very core of what it means to be Canadian, regardless of background or beliefs.”

Smith continued by saying, “So let me be perfectly clear, as premier, our province will never lock down again. Your kids will stay in school. Your business will remain open. You will be able to travel.”

“And I will amend the Alberta Human Rights Act so no one can ever be discriminated against for their personal political beliefs or the medical decisions they make for themselves or their children,” she added.

Smith then said boldly that if “Ottawa attacks our charter rights and freedoms again, we will not enforce those policies here.”

“Because the freedoms of Albertans are non-negotiable,” she added.

Smith’s video has gone viral, and has at the time of writing around 178,000 views.

Under Kenney, Alberta pastor Artur Pawlowski was jailed for nearly three months after speaking out against COVID mandates when he gave a sermon to truckers blockading the highway in Coutts, Alberta.

With Kenney stepping down, many have come forward to announce their intention to run as UCP leader, including many MLAs.

However, Smith, who resides in High River, a booming farming town just south of Calgary, is unique in that she seems to have the support of the grassroots members of the UCP, as can be seen from an unofficial poll conducted by the Western Standard.

It shows Smith with 45.7 percent support and her next closet rival, independent MLA Todd Loewen, at 29.4 percent.

Loewen was turfed from the UCP by Kenney in 2021 after blasting COVID lockdowns.

The next Alberta election is in mid-2023. However, whoever takes over from Kenney, whether they are an elected MLA or not, will become Premier.

Smith: Alberta will oppose ‘mandatory vaccines’ and never again segregate the vaccine free from the jabbed

Smith promised that if she becomes Premier she will introduce the Alberta Sovereignty Act, which she said will help make Alberta as independent from Ottawa as possible while still staying in Confederation.

“Simply put, the Alberta Sovereignty Act would state that we won’t enforce federal laws that intrude in our areas of provincial jurisdiction, or violate the rights of Albertans,” Smith said.

Smith has for the past two years has been consistent in speaking out against extreme COVID measures as well as vaccine mandates.

She has promised that if “Ottawa tries to impose mandatory vaccination again in the fall, we will say no.”

She also has promised that if Ottawa invokes the Emergencies Act “without cause again, we will convene our legislative assembly and say we won’t enforce it here.”

“If Ottawa starts to seize or freeze bank accounts, we will encourage people to open accounts at provincially regulated banks and credit unions and say we won’t enforce that here,” she added.

Smith has also promised to protect Alberta’s oil and gas industry from Ottawa’s grasp, and said that as Premier the province will develop its resources within its borders, regardless of what the feds say.

From 2009 to 2014, Smith served as the leader of the Wildrose Party of Alberta, which for a time was the official opposition party in Alberta.

However, in 2014, Smith along with eight other Wildrose MLA’s crossed the floor to join with the ruling Progressive Conservative Party under then-Premier Jim Prentice.

This move was met with backlash from many Wildrose Party members along with MLAs. It also resulted in disaster for Alberta in the next election, as the socialist NDP won in 2015 due to what many considered a vote split between two conservative parties, the Wildrose and the PCs.

In 2017, the Wildrose and PC merged to create the United Conservative Party of Alberta, currently led by Kenney.

The Wildrose had among its elected MLAs many with strong pro-life views.

However, when it comes to social issues, Smith has a mixed track record. While she describes herself as a Libertarian, she does seem to favor at least allowing abortion in the first few months of pregnancy, and she did throw her support behind same-sex “marriage.”

In 2013, with her at the helm of the Wildrose Party, she led the charge to add a “sexual orientation” plank to party policy while removing one of “conscience rights.”

One of the founders of the Wildrose Party, the late Link Byfield, said Smith betrayed the founding principles of the party.

In 2012, she joined in Marching in the Edmonton Gay Pride parade to try and repair relations with gay activists after a member of her party upset them during an election.

As for Kenney, he alienated his voter base by imposing draconian COVID rules and betraying social conservatives.

In 2021, Kenney promised he would never implement a vaccine passport in Alberta. However, in late 2021, he went back on his word and implemented a discriminatory vaccine passport program that banned the vaccine-free from eating out, going to the movies or to theater, sports events, or recreation centers.

At this time, it is not yet known when the UCP will hold its leadership race.