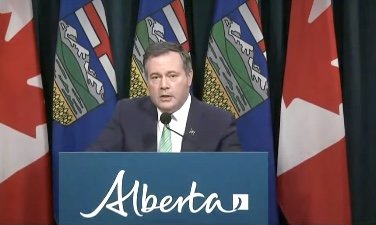 CALGARY, Alberta (LifeSiteNews) — Despite yesterday announcing his intention to resign as leader of the governing United Conservative Party (UCP), Alberta Premier Jason Kenney now says he will stay on as leader until a new one is elected.

Kenney stunned many on Wednesday after he announced he would be resigning as leader of the UCP. He did not say, however, when that would happen.

Reaction to Kenney’s recent announcement that he will stay on as UCP leader and thus Premier of Alberta until a new UCP leader is elected was mixed.

UCP MLA Brian Jean, who ran against Kenney for party leadership in 2017 but lost, was critical of Kenney staying on.

“He knows that we know that, and we need to start the renewal process of the UCP.”

Jean added that, according to parliamentary tradition, Kenney should have stepped down “immediately.”

“So … what that letter means is if the party never gets around to electing a new leader we are stuck with you. You can’t ever be honest can you,” tweeted user The Optomist.

Another Twitter user wrote, “In fairness this letter means NOTHING.”

“Doesn’t the election of a new leader automatically mean Kenney is no longer the leader? He doesn’t need to resign then because he won’t be the leader. With no date attached Kenney could be leader until well after the 2023 election. #ABLeg,” tweeted Gilles Prefontaine.

Some thanked Kenney for his service to Alberta.

“You have served Alberta well Premier Kenny. We are in a much better place than we were with previous government,” tweeted Glenn Logan.

Canadian Prime Minister Justin Trudeau had this to say.

“Thank you, @jkenney, for all your contributions. Through the challenges of the past two years and decades of public service, you’ve been a voice for Alberta and Albertans, and I wish you all the best in the years ahead,” tweeted Trudeau.

Yesterday, UCP MLAs spent the better part of the day in a long caucus meeting to discuss Kenney’s announcement of intending to resign. They had anticipated the possibility they would have to elect an interim leader.

Only 50 percent plus one majority was needed to preserve his party leadership, but Kenney decided to step down. As a result, he will also be replaced as provincial premier.

“The result is not what I hoped for, or frankly, what I expected,” Kenney said while addressing a crowd gathered last night near Calgary to hear the vote results.

Today, Kenney claimed that staying on as UCP leader until a new one is elected would allow for continuity in government.

“For me, that’s the most important thing. This is a critical time in Alberta’s history,” Kenney said.

In theory, there is nothing from stopping Kenney from running in a new leadership race once it is called. This, however, remains unlikely as the next Alberta provincial election will be held in 2023, meaning the party will need a popular leader if it hopes to win a majority again.

The UCP leadership vote was to take place with in-person voting on April 9, but Kenney and party brass changed the vote to mail-in ballots instead. The mail-in vote took place from April 9 to May 11, before the results were made public Wednesday.

The sudden change to a mail-in vote was met with outrage from thousands of party members who at the time said they planned sue the UCP and say the changes go against party bylaws.

At the time of Wednesday’s vote, Kenney’s province-wide approval rating sat around 30 percent.

In 2021, Kenney promised he would never implement a vaccine passport in Alberta. However, in late 2021, he went back on his word and implemented a discriminatory vaccine passport program that banned the vaccine-free from eating out, going to the movies, or to theater, sports games, or recreation centers.

Alberta pastor Artur Pawlowski was jailed for nearly three months after speaking out against COVID mandates when he gave a sermon to truckers blockading the highway in Coutts, Alberta.