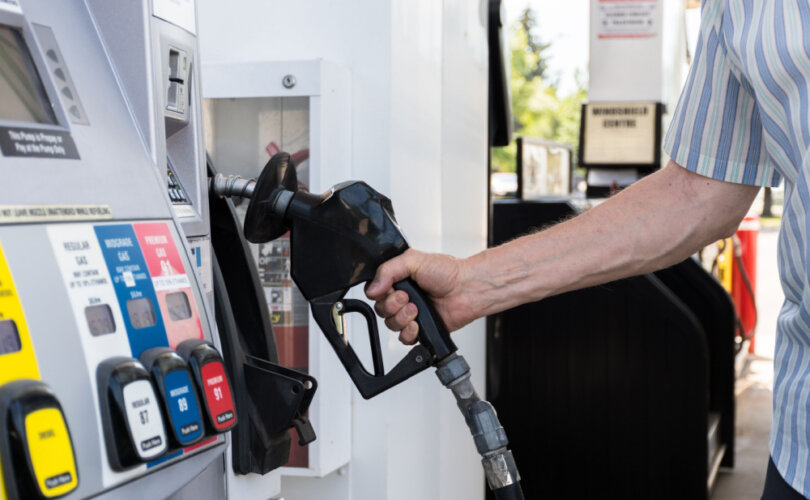 EDMONTON, Alberta (LifeSiteNews) – After the Canadian federal government announced a proposal late last year to ban new sales of gas-powered cars after 2035, one provincial premier said she will protect her province from mandates and any rules that attack its oil and gas industry.

In December, Alberta Premier Danielle Smith said Albertans will always have the choice to buy gasoline-powered cars. She also promised to protect Albertans from Electric vehicles (EV) mandates imposed by the federal government.

Smith made the comments after she said “heck no” to a looming federal government EV mandate.

Prime Minister Justin Trudeau’s war on the internal combustion engine comes despite the fact Canada has the third largest oil reserves in the world, which is produced ethically, unlike in other nations.

Electric cars cost thousands more to make and buy, are not suited to Canada’s cold climate, offer poor range and long charging times (especially in cold weather), and have batteries that take tremendous resources to make and are hard to recycle.

A recent report from the Western Standard documents how one Alberta couple found out the hard way that going EV does save not time or money.

The couple noted how a rented Tesla’s battery “would drain faster than it would charge.” They noted how some charges cost as much as $30, saying that in just one day they “stopped six times to charge at that cost.”

The federal EV mandate, announced by Canadian Minister of Environment Steven Guilbeault, proposes regulations that would in effect force all new cars sold by 2035 to be “zero emissions.”

The rules also include increasing EV sales mandates in steps. By 2026, automakers will be forced to have at least 20 percent of their vehicle sales be EVs.

Smith noted in December how the Liberal-NDP plan to “outlaw non-electric vehicles will drive up vehicle costs and take away your freedom to choose what vehicle makes sense for you and your family.”

She added, “As Premier, I will make sure you have a choice when it comes to the vehicle you drive — the NDP and Liberals can butt out.”

“Electric, diesel, and gas-powered vehicles are all choices Albertans should have depending on their personal needs, budgets, and circumstances,” she said.

Smith said that tools to fight Trudeau’s EV mandate include the use of “the Alberta Sovereignty within a United Canada Act.”

New federal bill that could ‘eliminate’ Canada’s oil and gas jobs is coming, but Smith vows to fight it

Just a few days ago, Canadian Natural Resources Minister Jonathan Wilkinson said the federal government will be moving ahead with “just transition” legislation.

The so-called “just transition” legislation will be designed to coax workers in the oil and gas sector to transition to “green” jobs.

This plan was immediately blasted by Smith and her cabinet.

“The federal government’s ill-conceived and short-sighted plan is extremely harmful to the hundreds of thousands of Canadians who are supported by the energy sector and will be detrimental to Canada’s economic recovery,” she wrote Tuesday on Twitter.

Alberta Minister of Environment and Protected Areas Sonya Savage also blasted the plan, saying Trudeau’s “just transition” is nothing more than a plan to “phase out” Alberta’s oil and gas industry.

“This approach will be detrimental to Canada’s economic recovery. The world is facing a global energy crisis, which is helping drive up the cost of living to crisis levels for many. The price of gas, the cost to heat homes, & the price of groceries … everything is climbing,” Savage tweeted.

“We expect the federal government to stand up for our world-leading oil and gas employees, instead of trying to eliminate their jobs.”

Since taking office in 2015, Trudeau has continued to push a radical environmental agenda similar to the agendas being pushed the World Economic Forum’s “Great Reset” and the United Nations “Sustainable Development Goals.”

Under Trudeau’s plan, he intends to decrease nitrous oxide emissions by limiting the use of fertilizer, something farmers have warned will reduce their profits and lead to food shortages.