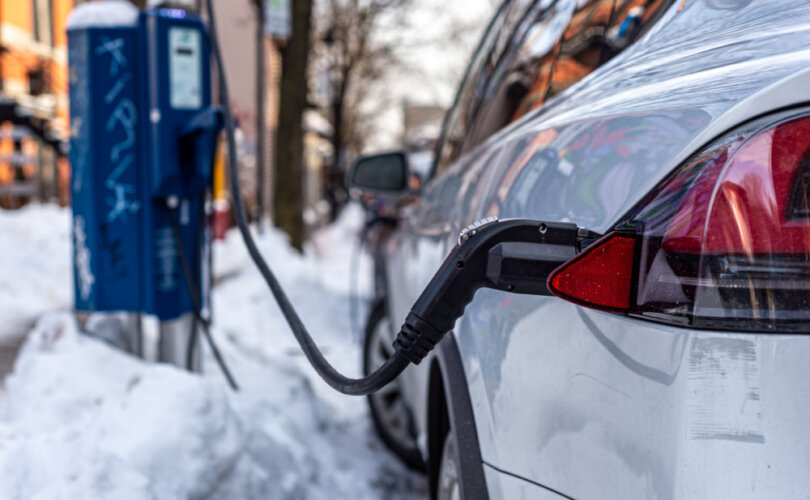 EDMONTON, Alberta (LifeSiteNews) – Alberta Premier Danielle Smith has said heck “no” to a new federal mandate that will require all new cars sold after 2035 to be “zero emission” electric (EVs) vehicles and promised that Albertans will always have the choice to buy gasoline-powered cars.

“The Liberal-NDP plan to outlaw non-electric vehicles will drive up vehicle costs and take away your freedom to choose what vehicle makes sense for you and your family,” Smith said  in a statement posted Thursday on social media.

“As Premier, I will make sure you have a choice when it comes to the vehicle you drive — the NDP and Liberals can butt out.”

Smith noted that forcing EVs on the population will cost “billions” in new taxes to “upgrade the grid in a very short period of time.”

She warned that increasing demand on Alberta’s electricity grid will increase “your electricity costs and potentially impacting grid stability.”

Smith was clear that under her leadership Albertans will continue to have the choice to buy any type of car.

“Electric, diesel, and gas-powered vehicles are all choices Albertans should have depending on their personal needs, budgets, and circumstances,” she said.

LifeSiteNews contacted Smith’s office for comment regarding Trudeau’s EV mandate, but has not received a reply.

On Wednesday, Canadian Minister of Environment Steven Guilbeault announced proposed regulations that would mandate all new cars sold by 2035 be “zero emissions.”

In effect, this would mean all new car sales of gasoline and diesel-powered automobiles would be banned, meaning new car buyers would be forced to buy expensive electric cars, which do not perform well in cold weather.

However, the rules also included increasing EV sales mandates in steps. By 2026, automakers will be forced to have at least 20 percent of their vehicle sales be EVs.

With this new legislation, Alberta now has a legal framework to push back against “unconstitutional” federal government overreach.

In comments Smith made to True North, she said that her government won’t allow Trudeau’s EV mandates to grab a hold in Alberta.

“Our Cabinet and Caucus will discuss this issue and what tools we will consider using to push back on this absurd federal policy,” Smith noted.

Smith said that tools to fight Trudeau’s EV mandate include the use of “the Alberta Sovereignty within a United Canada Act.”

Alberta is the first province to voice strong opposition to Trudeau’s EV mandate.

Since taking office in 2015, Trudeau has continued to push a radical environmental agenda, similar to the agendas being pushed the World Economic Forum’s “Great Reset” and the United Nations “Sustainable Development Goals.”

Under his plan, Trudeau intends to decrease nitrous oxide emissions by limiting the use of fertilizer, something farmers have warned will reduce their profits and lead to food shortages.

The Trudeau government also wants to ban the sale of gasoline-powered cars by 2035, despite the fact Canada has the third largest oil reserves in the world. Electric cars cost thousands more to make and buy, are not suited to Canada’s cold climate, offer poor range and long charging times, and have batteries that take tremendous resources to make and are very hard to recycle.

The Trudeau government is also wanting to ban the sale of gasoline-powered cars by 2035 despite the fact Canada has the third largest oil reserves in the world and electric cars have limited use in cold climates.