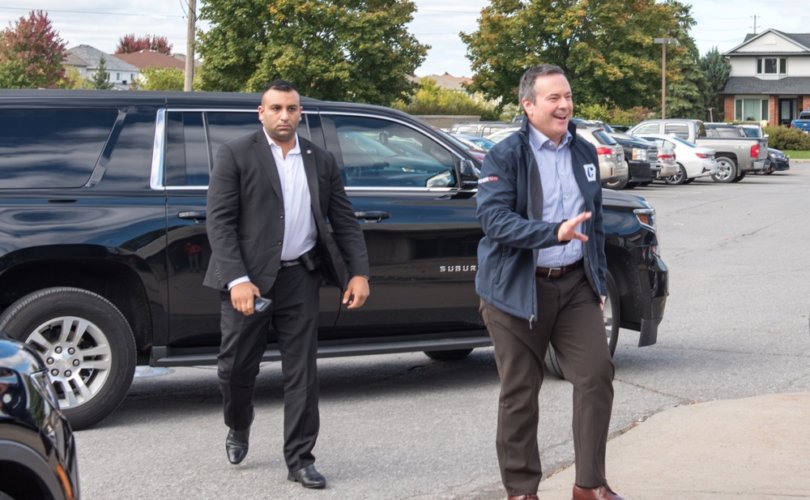 “I know how important faith is to many people’s lives. So I want to be absolutely clear: Alberta’s government will always respect and protect the fundamental freedoms of religion and worship, period,” wrote Kenney in a post on his Facebook page Thursday.

“Unlike other jurisdictions, Alberta has sought to do this in a way that constitutes a minimal impairment of freedom of worship. Unfortunately, despite the best efforts of almost all congregations to worship in a careful way that protects vulnerable lives, one or two congregations have chosen flagrantly to violate all public health guidelines. In doing so, they are risking viral transmission that could cost vulnerable lives.”

The JCCF letter addressed to Kenney demands that COVID orders he scrapped, and that Coates be released at once.

“The Charter envisions a ‘free and democratic’ society. Under your permissive watch, Dr. Hinshaw has been permitted to turn Alberta into a police state where neither freedom nor democracy are apparent. It is past time for the Alberta legislature to review all of Dr. Hinshaw' s Orders. And it is far past time for your government to cease its religious persecution,” wrote Carpay in his letter to Kenney.

“We are calling for the immediate release of Pastor Coates, and the rescission of Dr. Hinshaw' s tyrannical orders against Alberta's churches. We hope you will no longer continue to hide behind the decisions of others, and, instead, fulfill your duty to uphold the fundamental freedoms of Albertans.”

Kenney’s statement also claimed via wordsmithing that there is no “restriction on preaching” in Alberta and that to suggest so is “completely false.” He also noted that under Alberta law, “no one has been or will be fined or sanctioned for preaching.”

Coates and Grace Life Church, located in Spruce Grove, Alberta, are being represented by the JCCF.

Coates was notified last week by the RCMP that they planned to arrest him for defying the COVID-19 shutdown order and asked him to turn himself in. Coates complied, and was jailed for ministering to his congregation.

He is currently awaiting trial, after refusing to agree to bail conditions that he agree not to hold more church services that violate COVID-19 government restrictions.

The AHS order came about because of multiple visits by health authorities to the church over the previous weeks and months. The visits, according to AHS, showed that the church had been repeatedly violating the provincial rules forcing people to wear masks and stay away from each other along with strictures regarding building capacity.

Coates has been charged with contravening the orders put in place by Alberta’s chief medical officer of health (CMOH), Dr. Deena Hinshaw, and with “breaching an undertaking, even though he did not agree to the undertaking” according to the Parkland RCMP.

While the charges against Coates may not be technically be directly due to the physical action of preaching to his congregation, they stem from the fact that his violation of the COVID health rules occurred during a church service (which usually includes preaching), which limit congregation size and mandate masks.

Grace Life, which can hold nearly 400 congregants, is located close to Alberta’s capital city of Edmonton. Under the current Alberta COVID rules, churches and other places of worship can operate at no more than 15 percent of the capacity allowed by the building fire code. Masks are mandatory, as are the sanitation of hands and keeping away from other people.

In December, Coates received a $1200 fine for allegedly holding a service at more than the allowed capacity.

Kenney’s letter claimed that “anybody in Alberta can preach their faith and, and religious communities are encouraged to gather in congregational worship within the safe guidelines laid out by Alberta Health.”

“As a Christian, I call on fellow believers to be guided by the principle of the sanctity of human life in how we act during this pandemic. COVID-19 has claimed millions of lives around the world, including the lives of more than 1800 Albertans, despite extraordinary efforts to limit viral spread,” said Kenney.

Kenney then went on to note that “vast majority of those whose lives have been threatened or lost are amongst the most vulnerable, such as the very elderly and frail.”

“That is why we have put in place capacity limits and masking requirements for congregational worship, particularly given several viral outbreaks that occurred last year.”

Carpay directly challenged Kenney to ensure that Albertan’s Charter rights are respected. He wrote to Kenney stating that Coates and his congregation “have a constitutional right to assemble for worship in accordance with the dictates of their conscience and religion,” without government setting what rules should be followed.

“That is their obligation to God, and they are going to continue to obey their conscience and religious convictions when Dr. Hinshaw' s orders come into conflict with the requirements of their God,” stated Carpay in his letter to Kenney.

“We remind you, since it is apparent that you need a reminder: the Constitution is the supreme law in Canada, not the Orders of Dr. Hinshaw.”

LifeSiteNews sent inquiries to the office of Alberta’s Catholic premier, Jason Kenney, as well as the Alberta Ministry of Health on Thursday, asking why the government has allowed Coates to be placed in jail for holding a church service. As of press time Friday, there has been no response to either inquiry.