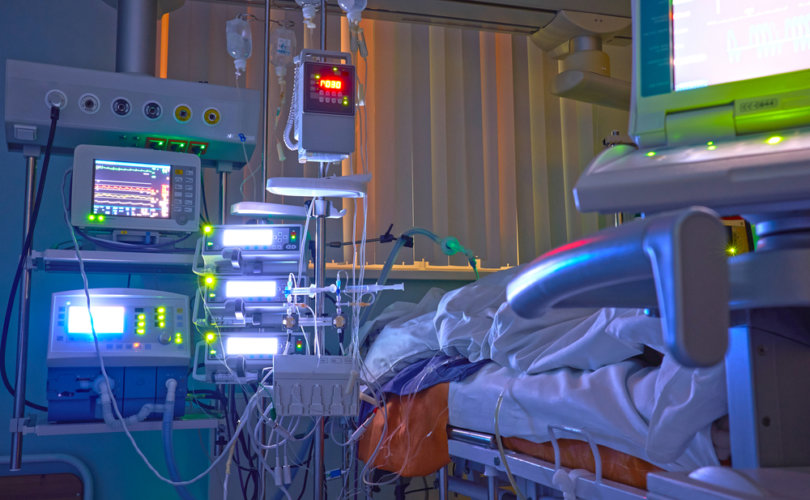 EDMONTON, Alberta, March 4, 2021 (LifeSiteNews) — Despite an internal memo indicating that intensive care unit (ICU) admissions in the Canadian province of Alberta were lower in 2020 than in 2019, its premier backtracked on planned easing of additional restrictions Monday.

The ICU data, which was obtained by the Calgary-based Western Standard, shows that across the whole of the province most of the 16 reported ICUs — save for two which had slight increases — showed decreases in patients in 2020.

According to the Western Standard report, in 2020 there were 22,409 people overall put into ICU care for various causes. In 2019, there were 24,010 people admitted to ICUs in the province, according to the memo — roughly 1,600 people more than in times of COVID.

On Monday, the Alberta government under United Conservative Party (UCP) Premier Jason Kenney announced that the province was moving to Stage Two of its re-opening plans, which was promised if hospital numbers were under 450.

However, almost all the affected sectors of the economy — hotels, increased retail capacity limits, community/banquet halls, and conference centers — were removed from Stage Two without notice. This came even though hospital numbers on Monday were almost half the amount of 450.

News of the apparent keeping of restrictions by Kenney was met with frustration from some media in the province, and from one of Kenney’s own caucus members, UCP MLA Drew Barnes from Medicine Hat.

In a statement posted to his Twitter page Tuesday, Barnes, who has been critical of COVID-19 lockdowns, blasted the last-minute changes and “inconsistent” lockdown rules.

“I’ve heard loud and clear the frustration from Albertans since yesterday’s announcement of delayed reopening’s [sic] and partially lifted restrictions. I have those same frustrations. Many people have questions about some of the inconsistent rules and moving goalposts,” wrote Barnes.

LifeSiteNews contacted the office of Premier Kenney to ask why his government backtracked on the planned partial reopening. As of press time, there has been no reply.

According to COVID statistics listed on the Alberta government website, overall, in 2020, there were less than 1,000 patients admitted to ICUs in Alberta as a result of COVID-19.

Overall, according to statistics compiled by the Justice Centre for Constitutional Freedoms (JCCF), the survival rate in Alberta from COVID-19 is 99.96 percent.

The Alberta government, along with its health officials, repeatedly stated that the health care system in the province would be overwhelmed were it not for COVID-19 lockdown measures, which have been in place for almost a year.

Despite some restrictions being relaxed in recent weeks in Stage One, such as allowing restaurants to open, since early December, Kenney has not yet lifted a ban on families from gathering to see loved ones at their place of residence.

The JCCF is currently suing the Alberta government over passing Bill 10 last year. The Public Health Act is attacked for “providing sweeping, extraordinary, and nearly unlimited powers to any government minister at the stroke of a pen.”

The JCCF has continually blasted the Kenney government for continued lockdowns and the impact they have had on Albertan’s lives, pointing out the extremely high survival rate.

The legal group is currently involved in many COVID-19 related legal cases in Alberta, and Canada-wide, representing people and groups fighting fines and charges.

Coates was jailed for ministering to his congregation in a manner that violated Alberta’s COVID rules limiting church size and mandatory mask-wearing. His bail conditions stipulate that he agree to not hold church services, which Coates refused to do.

Coates is awaiting a trial date of May 3-5, however, today, a court will hear an appeal to his bail conditions.

In a February 22 column, JCCF president John Carpay ripped Kenney for his “unconstitutional” COVID laws, directly blaming Kenney for Coates being behind bars.

“Pastor Coates is following the science. Jason Kenney is not,” wrote Carpay.

As for Kenney, he said it was “unfortunate” that Coates is in jail, but that he “flagrantly” violated COVID rules.

However, in a letter sent to Kenney, Carpay said Coates was — despite claims from Kenney — “jailed” for holding a church service.

“The Charter envisions a ‘free and democratic’ society. Under your permissive watch, [Alberta Chief Medical Officer of Health] Dr. [Deena] Hinshaw has been permitted to turn Alberta into a police state where neither freedom nor democracy are apparent. It is past time for the Alberta legislature to review all of Dr. Hinshaw’s Orders. And it is far past time for your government to cease its religious persecution,” wrote Carpay.