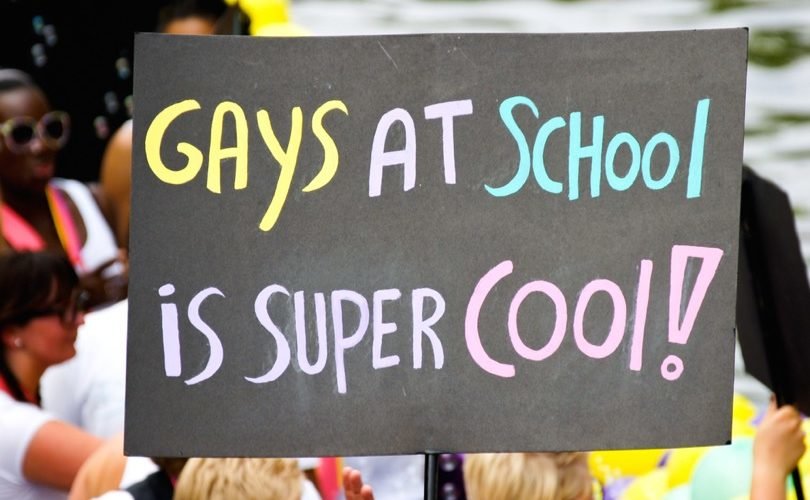 CALGARY, Alberta, December 4, 2018 (LifeSiteNews) – Over two dozen religious schools in Alberta continue to fight for their right to not allow “gay-straight alliance” (GSA) clubs, six months after being blocked by an Alberta judge.

Bill 24, or “An Act to Support Gay-Straight Alliances,” requires independent religious schools permit the creation of GSAs if requested by a student, and forbids schools from informing parents when their children join one, unless the child consents to his or her parents knowing.

Represented by the Justice Centre for Constitutional Freedoms (JCCF), 26 schools of Christian, Jewish, and Sikh faiths challenged the mandates on constitutional grounds. But in June, Justice Johanna Kubik of the Alberta Court of the Queen’s Bench in Medicine Hat rejected their bid to block the measure, claiming “the public interest in promoting basic equality for staff and students of institutions supported by public funding would not be served by staying the provisions.”

Now JCCF has taken their case to the Alberta Court of Appeal in Calgary, the Calgary Sun reports.

“There is a problem with the School Act because it restricts information to parents,” JCCF attorney Jay Cameron told the court. “Parents’ rights and children’s rights are harmonious to a certain age.” JCCF has also argued that GSAs amount to “ideological sexual clubs” and frequently disseminate radical and graphic material.

“Government has mandated secrecy but abdicated responsibility,” he continued, referencing schools’ lack of control over the materials shared by GSAs. “Government has lost control.”

In response, the three-judge panel stressed that GSA membership was voluntary and students were free to talk to their own parents about involvement in school clubs, indicating sympathy with the government’s position, but they did express reservations about Education Minister David Eggen’s threat last month that “following this law is not optional,” and failure to comply could imperil independent schools’ funding.

“It seems to be an attempt by the government to make the appellants give up their litigation,” observed Justice J.D. Bruce McDonald. The other judges expressed concerns about the impact on several thousand Alberta students whose schools could be shut down over the standoff.

Province representative Kristan McLeod responded by claiming there was no evidence either that any school will actually lose funding, or that GSAs distribute graphic material.

GSAs essentially take on a “leadership role” for “queer- and trans-informed education and activism” to compensate for a perceived lack of “anti-heteronormative and anti-cisnormative education,” Alicia Lapointe of the University of Western Ontario admitted in April.

The Alberta Court of Appeal has not yet revealed when it will release its written opinion on the case.