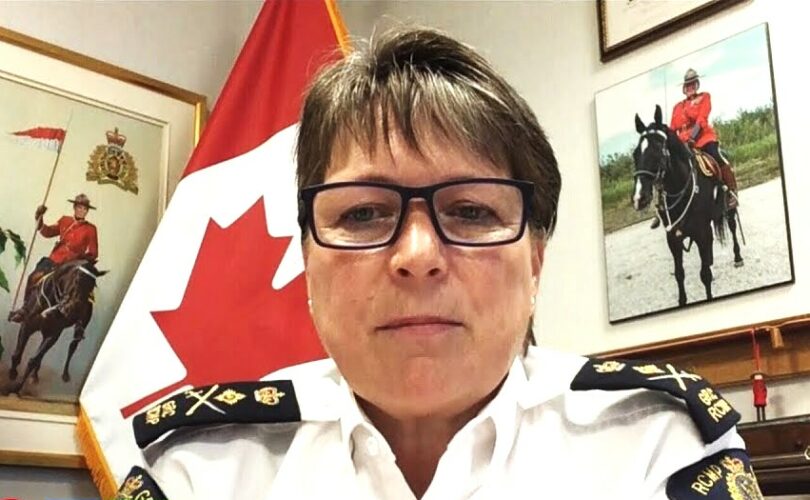 “Alberta has lost confidence in RCMP Commissioner Brenda Lucki and is calling on Canada’s minister of public safety, Marco Mendicino, to immediately rescind her appointment,” said Alberta Minister of Justice Tyler Shandro in a statement sent out late Wednesday.

Shandro blasted Lucki for failing to deal with “the RCMP’s history of systemic racism in a forthright and public manner,” along with damaging the “integrity of an investigation into a mass shooting.”

Additionally, Shandro said Lucki “failed to inform the federal cabinet of all law enforcement options available prior to the decision to invoke the Emergencies Act.”

“So far, Minister Mendicino has stood idly by while commissioner Lucki has failed to meet even the most meager of standards for the past two years,” Shandro charged. “This is an abrogation of the minister’s core responsibility to Canadians and must be rectified before the RCMP’s reputation as Canada’s federal police service is further damaged.”

Shandro’s statements are in reference to two separate events – the May 2020 mass shooting in Nova Scotia and the February 2022 “Freedom Convoy” protest – in which Lucki’s conduct became the subject of strong criticism from Canadians.

In June, LifeSiteNews relayed the details of a bombshell report showing that Lucki had attempted to collude with the Trudeau government while the investigation into the Nova Scotia mass shooting was still active, with the intention of furthering Trudeau’s gun control efforts.

Shortly after the May 2020 shooting, Trudeau used that same mass casualty event as the impetus for announcing his sweeping ban on “assault-style” weapons.

In terms of Lucki and the Freedom Convoy, just last week while testifying before the Public Order Emergency Commission – which was convened to investigate the Trudeau government’s use of the Emergencies Act (EA) against the Freedom Convoy – Lucki said that she was aware RCMP officers could clear the Freedom Convoy without the unprecedented invocation of the EA, but that she failed to inform Trudeau of this fact.

As a result, Freedom Convoy attendees and supporters were targeted by the federal government, and many had their bank accounts frozen without a court order.

As for Alberta, under its new premier Danielle Smith, the province is looking to ditch the RCMP as its rural police force and replace it with an Alberta-run police force, a move that constitutes one of many steps Smith says will help the province reassert its autonomy.