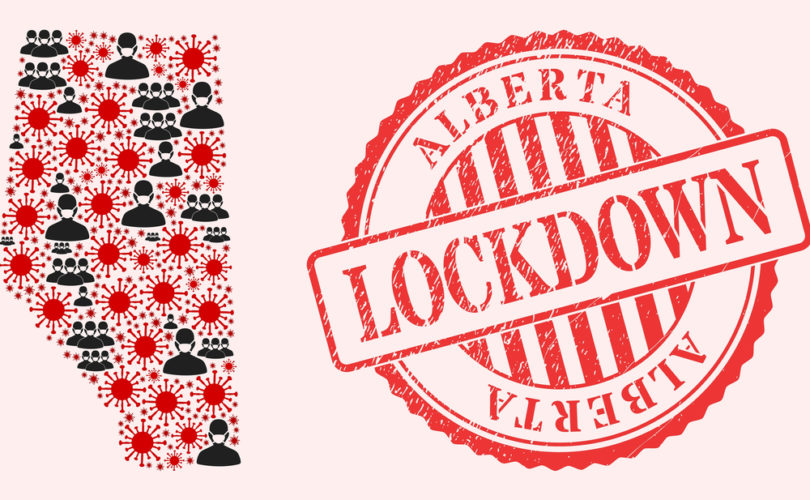 The expulsion of Todd Loewen, the now-former UCP MLA for Alberta’s Central-Peace-Notley riding, came about after he posted a letter on May 13 on his Facebook page, stating, “The people of Alberta have lost trust in this government because you have not brought needed balance and reason to the discussion. Albertans and our UCP party members deserve better.”

“We did not unite around blind loyalty to one man. And, while you promoted unity, it is clear that unity is falling apart. I know that many Albertans, including myself, no longer have confidence in your leadership. I thank you for your service, but I am asking that you resign so that we can begin to put the province back together again.”

As a result of Loewen’s letter, Kenney called an “emergency caucus meeting” yesterday. During the meeting, which went on for hours, a vote was held among UCP MLAs to decide the fate of Loewen, as well as Medicine Hat MLA Drew Barnes, who has also been a vocal critic of Kenney’s COVID-19 lockdowns.

After a two-hour vote, Loewen and Barnes were booted from the UCP caucus.

UCP whip Mike Ellis stated, “There is simply no room in our caucus for those who continually seek to divide our party and undermine government leadership, especially at this critical juncture for our province.”

According to the Western Standard, there was an “open” and “heated” discussion among MLAs in the meeting, with Loewen reported to have “pleaded” with Kenney to end lockdowns and “do the right thing.”

In a statement posted after being expelled from the UCP caucus, Barnes said that he was “saddened by today’s events, but not surprised,” adding that many members of the caucus “have tried, in vain to help the Premier make better decisions in recent weeks and months.”

“Today, the Premier’s promises of servant leadership, grassroots democracy and political transparency were again abandoned in favor of caucus discipline above all else. However, I am no longer shackled by the chains of caucus discipline, especially when the goals of the Premier do not align with those of my constituents,” wrote Barnes.

Back in March, Barnes told LifeSiteNews that it was a “mistake” for governments to not list religious practice as “essential” when locking the population down with COVID health orders.

Recently, in an unprecedented political move, 17 UCP MLAs blasted their party leader and premier for taking the province back into a severe COVID-19 lockdown.

Loewen was one of the MLAs who signed the letter. His May 13 letter does not directly mention Kenney’s continued COVID-19 restrictions, which are some of strictest in Canada, but Loewen has spoken in the past in opposition to some measures.

In his letter, he blasted Kenney for failed leadership, lack of transparency, and for not advocating for Alberta’s oil and gas sector.

“Albertans perceive our government as out-of-touch and arrogant, and they expect our caucus to bring their issues of concern to the government. Many of us have tried to do so repeatedly, only to be ignored and dismissed. When the Premier chooses not listen to caucus, is it any wonder why the people choose to stop listening to the government? Our supporters and those I represent can no longer tolerate this. These folks have not abandoned the principles and values of the UCP, but they have abandoned you specifically,” wrote Loewen.

At the time, Loewen had also already announced his stepping down as UCP Caucus Chair.

“I no longer believe that caucus can function properly; meetings have been cancelled without members’ consent, significant decisions of government have been made without notice to members, and our input as elected members is rarely considered. Additionally, I feel it is best to resign this position to be able to speak freely,” wrote Loewen.

Just recently, Kenney announced that the closure of Alberta’s legislature would be extended until May 25. Kenney cited as the reason the COVID-19 crisis; however, the timing of the extension had the opposition NDP party saying it could be a “political” move.

Under Kenney, two Christian pastors have been jailed — the only ones in Canada — because they defied COVID-19 health rules regarding church services that limit congregation size (currently at 15 people, no matter the size of the buidling) and mandate physical distancing and mask wearing.