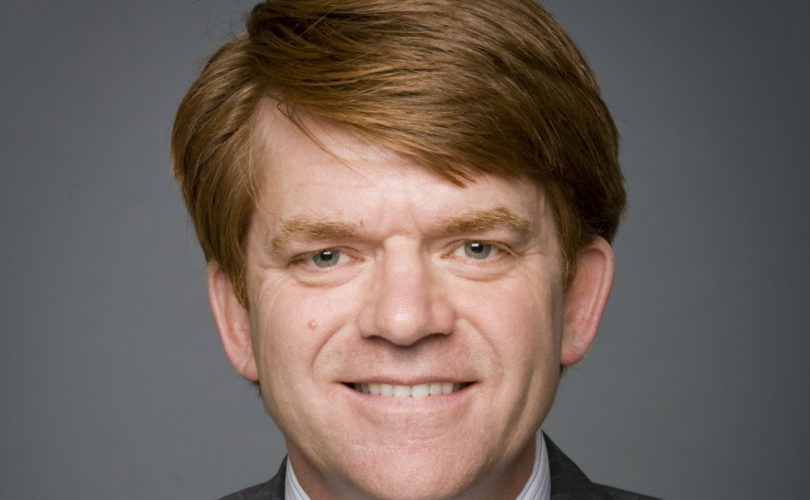 CALGARY, Alberta, April 17, 2015 (LifeSiteNews.com) – Canadian political advisor Russ Kuykendall has been shot down as a Wildrose Party candidate in the May 5 Alberta election, apparently over an eight-year-old blog post critical of homosexual tactics.

The Wildrose Party suffered a cataclysmic rupture in December when most of its caucus crossed the floor, in large part because of frustration with the general membership’s social conservatism, and joined the governing Progressive Conservatives.

Now, a few weeks before the surprise election, the party has rejected Kuykendall, who as a former advisor to a federal cabinet minister and think tank policy maker appears to be an ideal candidate, because of a blog post from 2007. The post responded to claims that a homosexual group had booked a Catholic church hall in Edmonton under false pretences.

“Evidently,” it read, “whoever rented the hall on behalf of the event was not entirely forthcoming with the parish priest and administration as to what event would convene. Then, apparently anticipating (wanting?) trouble, the event organizers arranged for two uniformed members of the Edmonton Police Service to be posted at the entrance to the hall… ‘Equality’ means that gay activists can take their agenda not just to your front door but inside the door to places that are consecrated to the Catholic faith.”

“This is a tactical move,” said Jo Jo Ruba, of Kuykendall’s fall from grace. Ruba, who evangelizes youth in Alberta with Faith Beyond Belief, told LifeSiteNews, “Wildrose is expecting the Conservatives to take advantage of any chance remark on the Internet by Wildrose candidates to carpet bomb them. I advise any social conservative youth I meet who ask about involvement in politics to start right away being very careful of what they say on the Internet because it can all be found later and used against them.”

Nobody in Alberta has forgotten, said Ruba, how some colorful comments about homosexuality by Wildrose candidate Allan Hunsperger in 2011 came to light in the middle of the 2012 election campaign and seemingly stopped what appeared to be a victory march by Wildrose in its tracks.

Hunsperger, an Evangelical Protestant preacher, had said the homosexual claim to be “born that way,” did not let gays off the moral hook. All humans were born in sin, homosexuals included, Hunsperger declared, and unless they repented and changed their ways, they would all go to hell.

“Journalists are so illiterate about religion,” said Ruba. “They don’t understand the basic teachings of Christianity.” That makes them gullible and willing tools for political operators to use to tarnish the reputations of their opponents. “They are hunting down anyone who disagrees. The result is that Christians are being bullied into silence on issues such as homosexuality or abortion.”

Ironically, Kuykendall’s years as an advisor in Parliament and with the Cardus think tank might have prepared him for these events.  In a 2013 interview with the Christian Standard, he said, “I became deeply aware of how hostile the environment was to an intentionally Christian worldview. There were other Christians in this arena, but some chose to be very discreet about revealing their Christian commitments. If they acknowledged faith, it was often with a disclaimer that their Christianity did not influence their public lives as secularists. I wanted to offer a different model, not by ‘wearing my faith on my sleeve,’ but by being openly Christian.”

U.S. anti-homosexuality crusader Peter LaBarbera called Kuykendall, who could not be reached for comment, a victim of a “new McCarthyism of the Left.”

LaBarbera’s reference is to U.S. Sen. Joseph McCarthy, who in the 1950s accused the U.S. State Department of harboring Communist agents and sympathizers. In its new form, says LaBarbera, the Left uses social media, petition drives, and a willing news media to pillory socially conservative politicians and business people in North America and Europe over remarks about abortion, evolution, and especially homosexuality.

Others who have run afoul of the gay lobby include Brendan Eich, forced last year from the top spot at Mozilla Corporation over a donation he made to the successful Proposition Eight referendum supporting traditional marriage in California.  Earlier this year the socially conservative United Kingdom Independence Party dropped George Hargreaves, a high-profile, Black Evangelical pastor, as a candidate when his orthodox Christian beliefs about homosexuality came to light.

However, said LaBarbera, “I think we are seeing a rising backlash against gay intolerance.” Noting that the Indiana pizzeria “outed” by the news media for refusing to cater to gay weddings has raised $850,000 through crowdfunding, he told LifeSiteNews, “People are saying they are sick of LGBT tyranny. The thing is you have to stand up to them.”