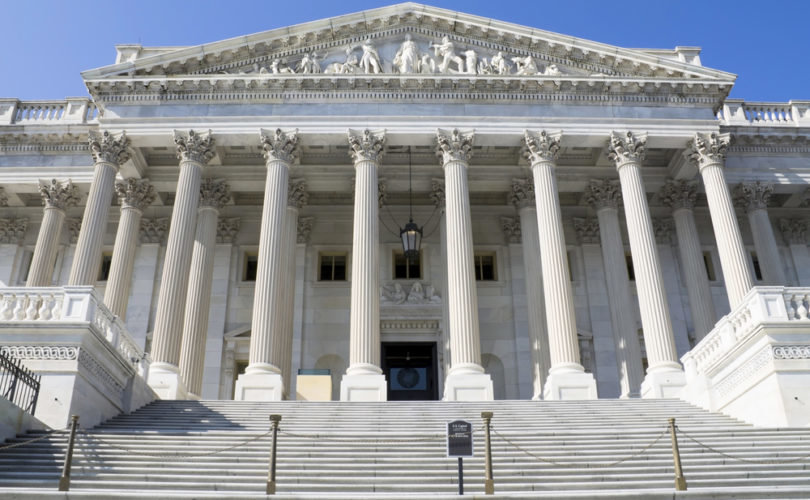 WASHINGTON, D.C., October 9, 2019 (LifeSiteNews) – Restoring and expanding the ban on foreign aid to abortion organizations was one of President Donald Trump’s earliest and most consequential pro-life moves, but Senate Republicans are poised to approve a Democrat budget amendment that would send millions of taxpayer dollars to some of the very groups that were supposed to be cut off.

Shortly after taking office in 2017, Trump not only reinstated the Mexico City Policy, which bars the United States’ $8.8 billion in foreign aid from being distributed to entities that perform abortions, but took the additional step of expanding it to groups that promote or discuss abortion.

Writing Tuesday at The Daily Wire, Conservative Partnership Institute senior policy director Rachel Bovard warned that Senate Republicans have not moved to quash an amendment by Sen. Jeanne Shaheen, D-New Hampshire, that would provide almost $60 million to U.S.-based organizations such as Pathfinder International, Population Council, Engender Health, and PATH, all of which list abortion as part of their core mission.

Shaheen boasted in a September 30 press release that she also added funding to the United Nations Population Fund, from which the Trump administration withdrew in 2017 over its participation in China’s forced abortion regime.

But the language survived as the broader spending bill (for State Department appropriations and foreign operations) was reported out of the Republican-controlled Senate Appropriations Committee via voice vote (meaning individual lawmakers’ positions aren’t recorded). “Senate Republicans are apparently also fine with language in the bill’s report prioritizing funding toward ‘family planning/reproductive health,’” Bovard added, “phrases long deemed by the pro-life community to be synonymous with abortion.”

Bovard explained that the Shaheen amendment violates the broader agreement both parties reached in August that spending bills negotiated in September would contain “no poison pills, additional new riders, additional CHIMPS, or other changes in policy or conventions that allow for higher spending levels, or any non-appropriations measures unless agreed to on a bipartisan basis by the four leaders with the approval of the President.”

“Using the pro-life cause as an excuse to pass bad bills — while not intending to actually address any of their priorities — has become de rigueur for Republicans in power,” Bovard wrote. “Pro-lifers have to stop taking these assurances at face value. This is the same set of Republicans that had majorities in the House and Senate for two years, with a Republican in the White House, and managed to accomplish (or even to try to accomplish) approximately nothing on behalf of the pro-life cause.”

If the Shaheen language is not removed before the bill clears the Senate, it is likely to become law. Despite taking multiple executive actions to protect life, President Trump has repeatedly demonstrated he is unwilling to veto spending bills that contain abortion dollars.