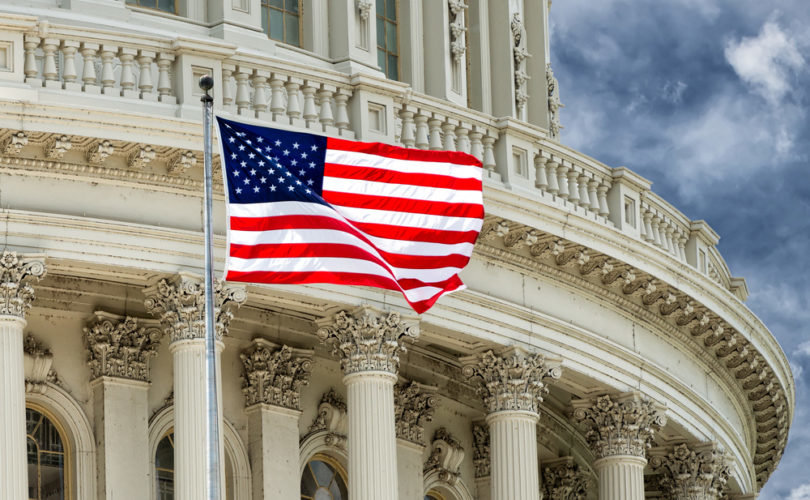 Under the current federal Born-Alive Infants Protection Act, babies who survive abortions are recognized as “human beings,” “persons,” “individuals,” and “children” with all the rights those terms entail, but specific treatment for them isn’t mandated. The Born-Alive Abortion Survivors Protection Act would supplement existing law by specifically requiring abortionists to get such babies to hospitals.

Originally introduced in 2015, the legislation was brought back this year in response to an interview in which Virginia Democrat Gov. Ralph Northam defended the prospect of letting a disabled or “non-viable” infant die after a failed abortion attempt, for which he later said he had no regrets.

So far, Democrats have blocked six attempts in the U.S. House and Senate to pass the bill by unanimous consent, under which a bill automatically passes if no senator objects. This evening, the bill is scheduled for floor consideration and a roll-call vote in the Republican-controlled Senate.

“Public officials, at all levels and in every party, should be able to condemn infanticide and come to the defense of the weakest members of our society,” Sen. Ben Sasse (R-NE), who re-introduced the bill’s Senate version, wrote Monday in a Fox News op-ed. “Recognizing the equality of every person shouldn’t be a cheap campaign line. It is a core American promise. My colleagues know this. They have attested to it eloquently and powerfully in recent weeks. Now is the time to make good on those promises.”

“This is something that has distinguished America; we might call it American exceptionalism. We understand that each and every human being has dignity and worth,” Family Research Council Tony Perkins said in a Friday interview with Sasse. “We’ve not always gotten it right in America, but we’ve usually been moving in the right direction. [Infanticide] is stepping backwards, and it will have significant ramifications for us as a country when it comes to the culture, when it comes to the moral standing. This is a defining moment for America.”

On Monday the Senate will vote on the Born-Alive Abortion Survivors Protection Act.

This bill is as commonsense as they come.

Democrats should reject their extreme base and vote to support life. pic.twitter.com/S5MI7qCn8j

Today, the Senate will vote to proceed to the Born-Alive Abortion Survivors Protection Act, a bill that implements protections for babies born alive during abortion. Needs 60 yeas. I hope my friends on the other side of the Capitol say “NO” to infanticide. https://t.co/iTLcrz8XXN

Today at 4 ET the Senate will vote on the #bornaliveact, which requires medical care and mercy for children born alive after a failed abortion. It's a matter of basic human rights. @SenDougJones should join @SenShelby in support. https://t.co/iUVoAXjKu4

US Senator Sasse announced that his Born-Alive Abortion Survivors Protection Act will get a vote on Monday February 25th in the US Senate. Contact Senator Collins and Senator King to insist they support this legislation.

As for the Democrat-controlled House of Representatives, GOP Rep. Ann Wagner and House Minority Whip Steve Scalise plan to file a discharge petition, which would force a vote on the bill regardless of leaders’ opposition if it gets at least 218 signatures (a simple majority). In the meantime, House Minority Leader Kevin McCarthy said Republicans will continue to press Democrats to give it unanimous consent.

The Born-Alive Abortion Survivors Protection Act is not expected to reach President Trump’s desk; under GOP-approved Senate rules most standalone legislation requires 60 votes to pass. When the House voted on it in 2015 only five Democrats crossed the aisle to support it, and the number of pro-life House Democrats has decreased since then.

Still, Republicans and pro-life activists see the vote as an opportunity to force Democrats to demonstrate on the record whether they support infanticide, for which they may pay a price in the 2020 elections. For the next two years, the pro-life agenda in the federal government will be focused on such symbolic or illustrative votes, confirming hopefully-pro-life judges in the Senate, and whatever administrative actions the executive branch can take to further restrict the abortion industry.

Earlier this month, the pro-life Susan B. Anthony List released the results of McLaughlin & Associates poll finding that 77 percent of Americans support the protections of the Republican bill, and 62 percent oppose late-term abortions.