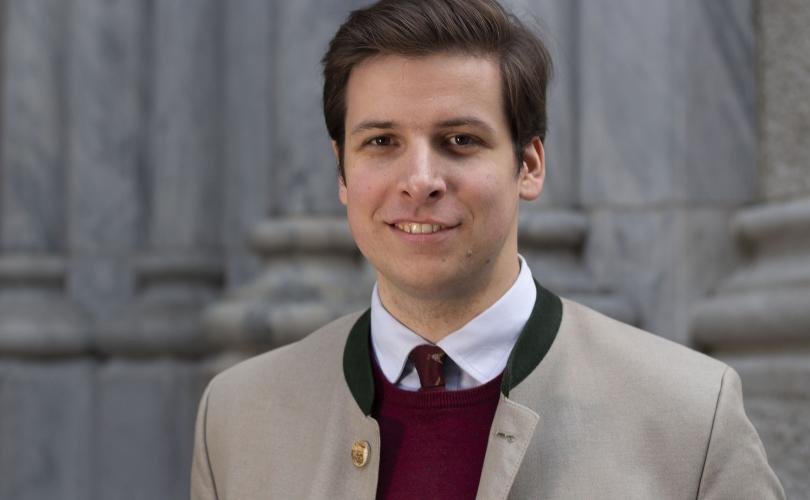 VIENNA (LifeSiteNews) — A noteworthy Austrian Catholic and his traditional Catholic institute have expressed solidarity with Canadians fighting against COVID-19 mandates.

“At today’s Rosary we especially prayed for all the Canadians resisting and fighting for their God-given rights,” a spokesperson for the Institute reported on Twitter.

“Canadas Catholic heritage is glorious, and Catholic Austria stands beside you! #CatholicResistance #CanadaHasNotFallen.”

At today’s rosary we especially prayed for all the Canadians resisting and fighting for their God given rights. Canadas Catholic heritage is glorious and Catholic Austria stands beside you! #CatholicResistance #CanadaHasNotFallen pic.twitter.com/m7S7gJW6eW

The traditional Catholic group was co-founded by Tschugguel, who became internationally famous after throwing images identified with the Andean goddess Pachamama into the Tiber River. This morning Tschugguel told LifeSiteNews that the Institute’s Rosary processions now include 280 people and take place throughout Austria.

“All the [major] cities in Austria and many little cities, too,” he said.

According to the St. Boniface Institute, the processions included singing of the Ave Maria, Salve Regina, and “Schutzfrau Österreichs,” which translates to “Austria’s Lady of Protection.”

Austria itself is laboring under an oppressive COVID-19 vaccine mandate, which aims at having 90% of the population jabbed four times by this autumn. Refusal to comply can result in fines of up to 3,600 Euros ($4,108).

The Freedom Convoy to Ottawa has now been in the Canadian capital for over two weeks. It has given hope to many throughout the world that COVID vaccine mandates and other restrictions might be overcome through public pressure. Other Freedom Convoys, notably in Australia and in Europe, have been organized. However, instead of entering into dialogue with the organizers of Canada’s Freedom Convoy, Prime Minister Justin Trudeau has invoked the Emergencies Act. Among other suspensions of civil liberties, this has given banks the power to freeze assets without a court order.