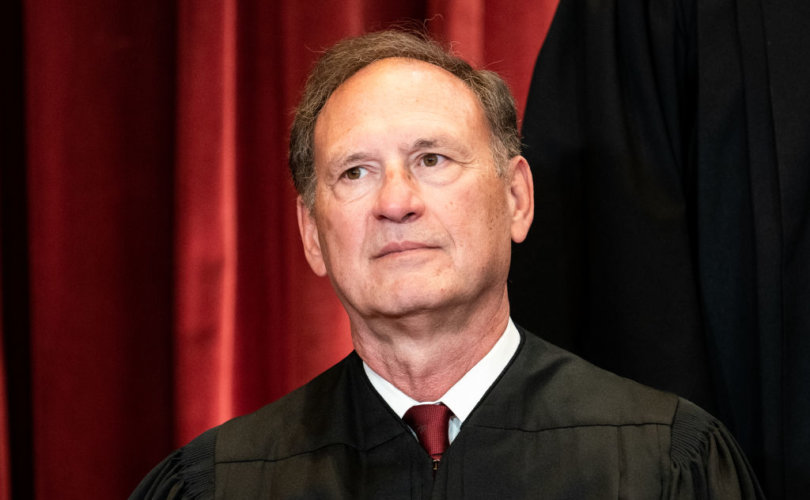 “The leak also made those of us who were thought to be in the majority in support of overruling [Roe v. Wade] and [Casey v. Planned Parenthood] targets for assassination because it gave people a rational reason to think they could prevent that from happening by killing one of us,” Alito said Tuesday at a Heritage Foundation event.

A leaker has yet to be identified, five and a half months after the leak came out in May.

Justice Alito referenced the assassination attempt against Justice Brett Kavanaugh by a leftist activist named Nicholas Roske, who traveled from California in June with an apparent plan to kill Kavanaugh to stop both the Dobbs decision and a ruling in favor of gun rights.

Pro-abortion groups also regularly protested outside of the homes of Supreme Court justices, though President Joe Biden’s Department of Justice refused to enforce the federal law against such protests. The White House refused to condemn the protests, with former Press Secretary Jen Psaki affirming support for the protests.

18 U.S. Code § 1507  prohibits demonstrations outside “a building or residence occupied or used by such judge” with the “intent of influencing any judge.”

Pro-life groups and churches have also repeatedly been the targets of violence from pro-abortion groups, and House Speaker Nancy Pelosi has refused to condemn the violence.

When asked in June about the violence, Pelosi cut off a reporter to repeat that she supports abortion, despite being a Catholic.

READ: Most abortions are banned in 13 states, more states to follow

“Well, let me say this. A woman has a right to choose, to live up to her responsibility is up to her, her doctor, her husband, her significant other, and her God,” Pelosi said.